Latest posts made by umbracaneadvocate

RE: Add a votekicking or something for people AFK-ing in UQs, specially UH

@Toy-0 said in Add a votekicking or something for people AFK-ing in UQs, specially UH:

Earlier I was running Wisdom Incarnate, we broke luther's arm but failed to break the shoulder before he regenerated, then player named Chryssanthi proceeds to say "NA can't dps", and just afk the rest of the fight, I reported em but I'm sure nothing will come out of the report, awhile after my party leader just left the fight since he didn't want to carry a griefer.

Ship 2 would be a better place without this person 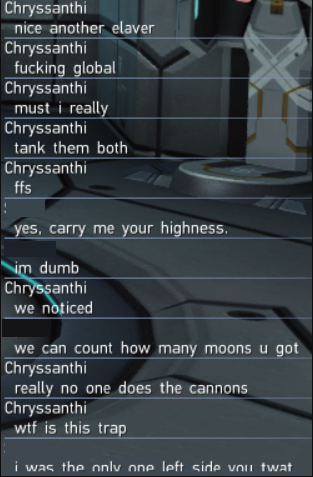