Latest posts made by Policroma Sol

RE: Bought Premium Pass, received nothing.

This may be a stupid question, but have you installed/used both the windows and the steam version?

posted in Technical Issues •
RE: So who is taking bets on the Steam Release?

Meh. All I care about is that Wheatley....

posted in General Discussion •
RE: Leaders kicking before you can loot...

@Viola-Lance said in Leaders kicking before you can loot...:

Can monkeys surf the net and play online video games to troll the virtual masses? Find out tonight and more on... 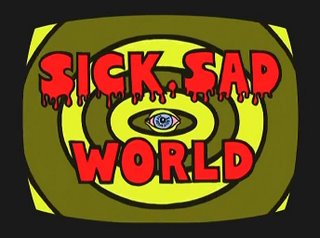 posted in General Discussion •
RE: Just have fun! Give it a year!

My words for the OP are as follows: Take to heart that you are clearly right on the money. I present as evidence the sheer number of whining responses you've generated from the "usual" crowd in this thread alone.

I promise you that some of us actually enjoy the game and want to be here. I think a little positivity is warranted. Don't give up!!!

posted in General Discussion •
RE: First anime Collaboration choice isn't one that appeals to NA.

Personally I think Konosuba was picked because it lampoons MMOs quite a bit. (Including PSO2...)

posted in In-game Suggestions •
RE: For those who are expecting "We'll maybe get other ways to get SGs", because NA Manual originally had casino in it: They removed it.

I'm gonna be honest. The only thing I disliked about the SG gacha was that the items were no-trade. I purchased some AC without looking, realized it was SG-only, converted to SG on top of my existing SG, and did a stack. Got something I thought would get a good price but didn't really want for myself, went to the store and found it was no-trade. I'm bummed, but I know for next time.

I feel like I'm missing something. When I poke into the Fresh Finds shop, there's a specific item or two I'm keeping an eye out for. And sometimes I impulse buy. But I don't feel the need to buy EVERY. STINKIN. LAST. ITEM. And so far the SG I've made just playing the game has been enough to get what I want from it.

All this whining and screaming about "it's not fair"... I don't care what was in Japan (And I did play it briefly and don't remember the SG earnings being all that different, regardless of supposed methods to earn them.) Seriously. Stop. You're not some victim who has been horribly oppressed. You're playing a video game, a free-to-play MMO. You're not obligated to spend money on star gems. There's an enormous pile of fashion you can get without them. And knowing how gacha games usually roll, even if 2 months isn't long enough for you to grind up to 40, I'm sure you'll see the non-licensed gachas come around again.

On one last note: The gachas in this game are much more fair than other games I have played. Other games I play fill their gachas with a massive pile of unavoidable trash (such as potions or other objectively worthless items) and you're ridiculously lucky if you land one of the featured items. In PSO2 I seem to get the outfits more often than not, and the "trash", when I get it, seems to be mostly grinding buffs. I can live with that.

I feel like a lot of the problems could be fixed by just making the items tradeable. There's no reason to lock them when AC items are tradable.

Pretty much this. I don't really have any issue with the gacha being buyable with star gems. I have an issue that I got something pretty rare that I don't personally care for but would probably make me a lot of money if it were tradable. And my only option is to destroy it for a recycle badge? Seems like a missed opportunity.

There's only 1 or 2 things I really want from this gacha in the long run, and I'm guessing after burning through enough star gems I'll end up getting them through that guaranteed item ticket.

posted in General Discussion •
RE: Visiphone dont show items from the last Scratch

I have noticed that there are times that a searchable item just simply does not come up for you. Such as, I was able to search for an item, but the same item wouldn't come up on my husband's computer, even if I was the one who typed it in.

It feels like there's some sort of criteria that needs to be met before an item will show up for you. Too bad I have no idea what it is.

@Policroma-Sol This is the reason I posted in the In-game Suggestions.

Understood, but the purpose is to improve the game, right?

Yes, there's creeps and annoyances, but I like the ability to have the symbol arts. (I'm kind of attached to that Hank Hill as Pain one myself...)

Now, if you want to get into the category of "harassment", I've observed that making a fuss tends to just egg on the idiot edgy teens that do this. Don't bother calling them out. You cannot shame them because they do not care. Getting a rise out of you rewards them. Just quietly block and/or report. They usually stop or look for another channel to annoy when nobody reacts to their childishness.

It's just like little billy cursing on Xbox Live. It's pathetic. Don't make it worth your time and energy.

Edit to add: I suppose I should mention I show up to concerts fairly frequently, and that's where the trolls like to go. However my screen is mostly clean. I do still observe people fighting over the symbol arts in-game, which is how I know they're still getting spammed.