Latest posts made by Photon_Cat

RE: Any one else miss concerts?

I miss them. I'm sure the concerts will be back eventually. The big screen is there and has a concert hall like look to it. Probably only a matter of time

It's pretty obvious NGS launch was rushed out. There is so many basic features missing from PSO2.

They were doing Pso2 at 11pm before. Why not with new genesis.

Well this is an emergency maintenance. I'm sure they have their reasons

It looks like the last scheduled maintenance took place at 11pm Pacific time.

PSO2 is maintained by staff in Japan. The game maintenance is taking place during their work day. I can understand your frustration though. But this is just how it is.

posted in PSO2: NGS •
RE: Is it just augment farming?

I prefer the way NGS handles augmenting. My poor storage on PSO2 was getting full of weapons that I thought had good augments that would come in handy but wasn't able to use. Now i just need to exchange them all for excubes one day since i'll never play old PSO2 again to make more room. I'm so happy the augment system isn't the same.

posted in General Discussion •
RE: Is it just augment farming?

Not just augments, Also weapon drops with special stat boosts that can't be augmented on.

Really, game is what you make of it. If you're bored, take a break. Nothing wrong with taking a break. Burnout is no good. I've just been logging on to do my dailies and daily free SG scratch. Sometimes I get into the game and just keep playing. The combat in this game is really fun.

So in a block earlier today I encountered a spam bot (surprise) but what was surprising is I was having a really hard time finding him. Eventually i found him. He was behind the lodging building. You can squeeze in-between the buildings and get behind. I don't think SEGA intended for this. As it is tricky to get out of the back once you've squeezed in. The game doesn't want you leaving that behind the building area once you are there. Seems getting back there so easily is a glitch to begin with.

But thankfully you don't need to go back there in order to report the bot. just getting up close to the front of the building is close enough to get the bot to show up in nearby players.

I'm including some screenshots in case my description doesn't make much sense. So others can report bots that are hiding out in this location. 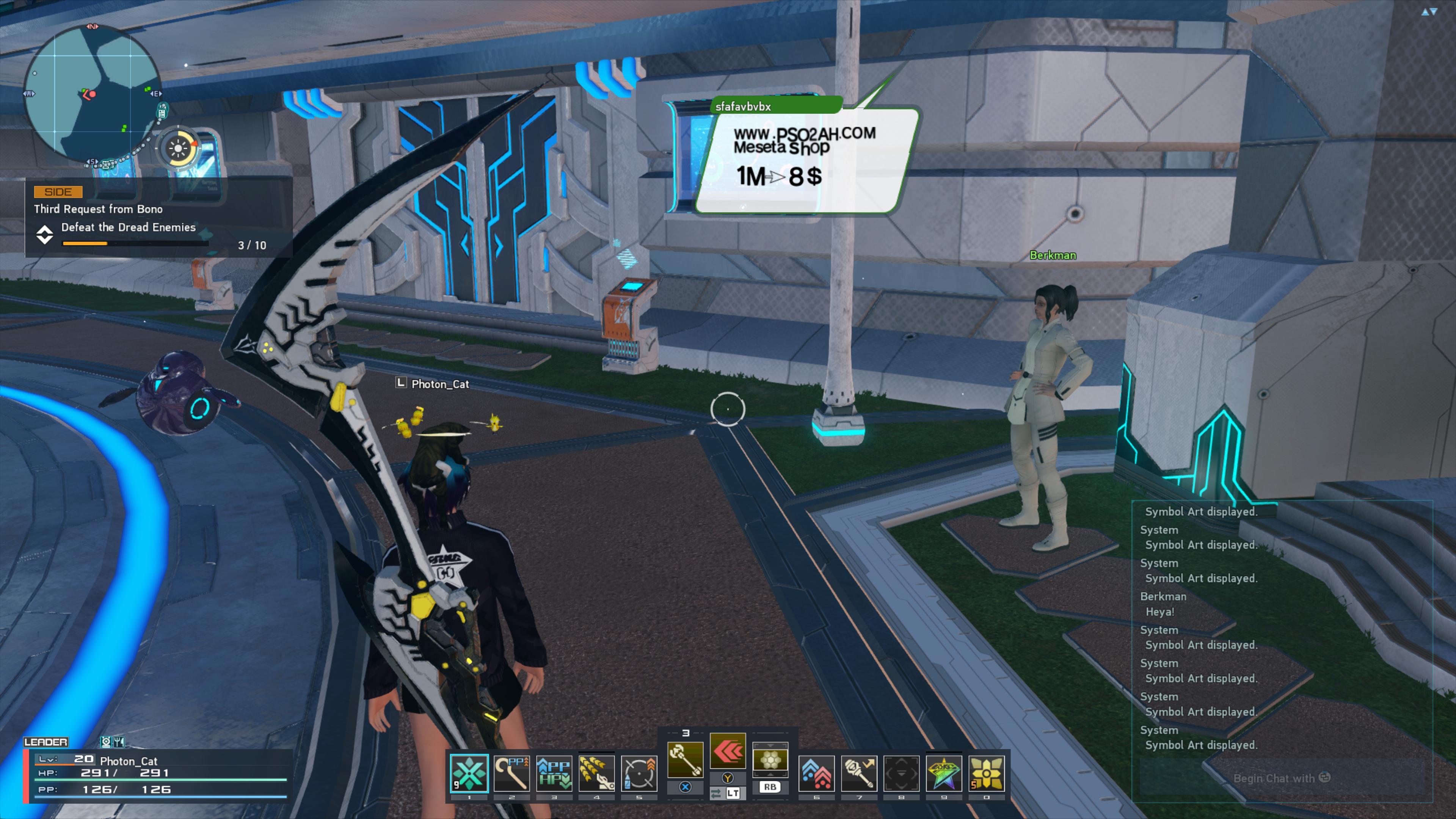 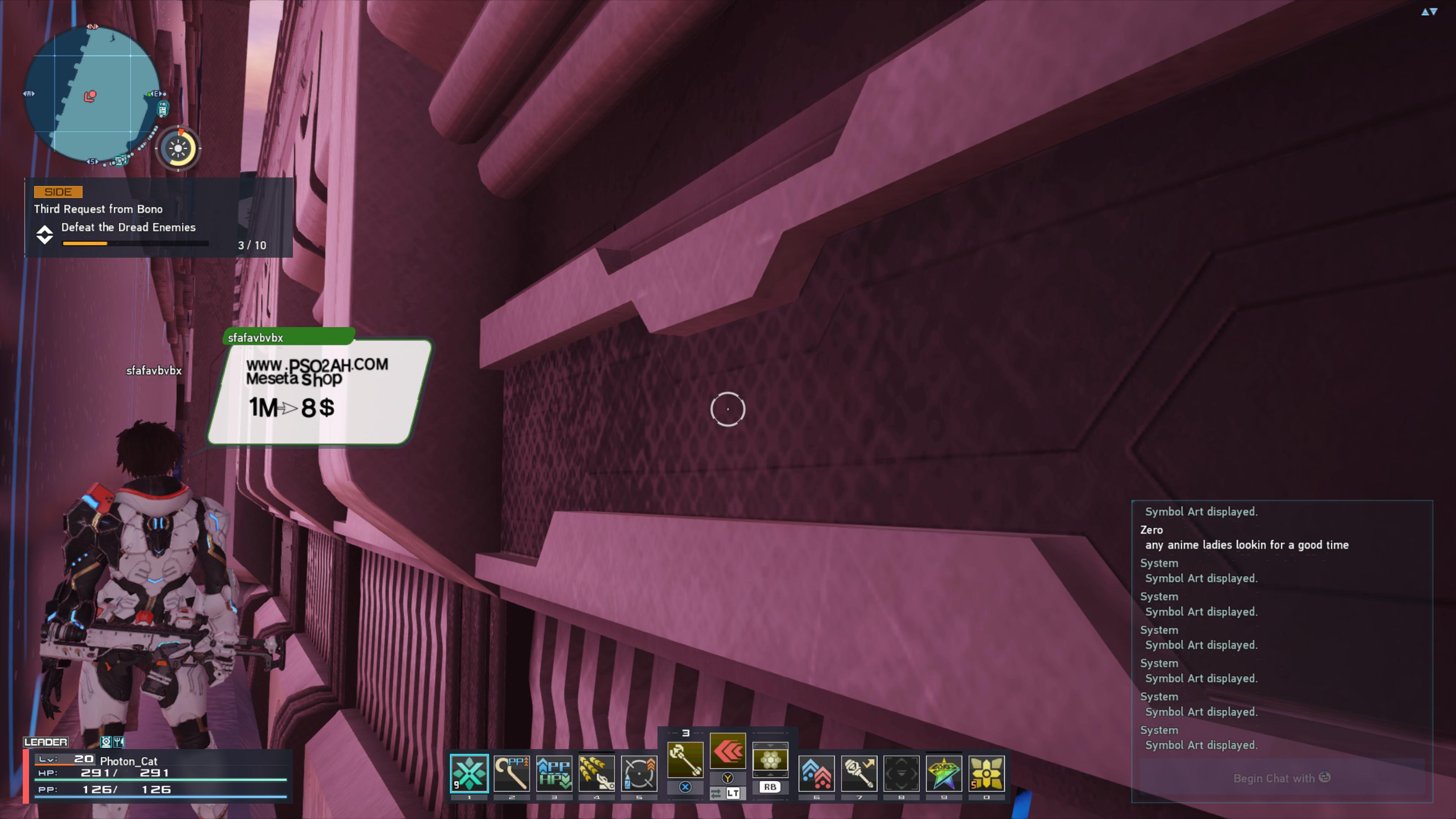 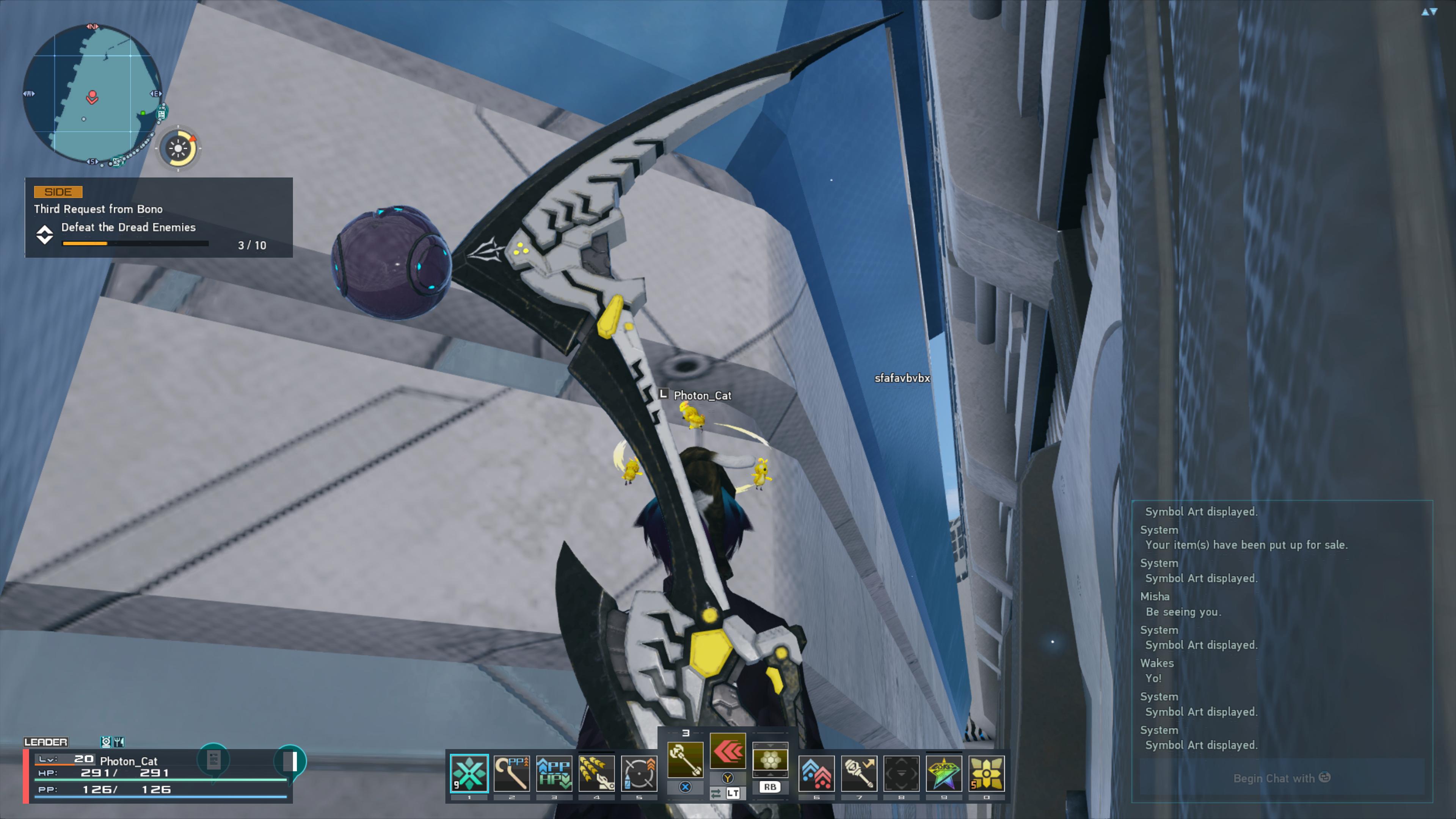 posted in PSO2: NGS •
RE: Please let us sit in the chairs in the Central town

I would like to have the ability to sit in the chairs. The old PSO2 did it so why not here

posted in PSO2: NGS •
RE: Foibles for force

I like playing as Force in NGS. I think it just takes some getting used to. I still need to get used to using the Talis. I've primarily been using the rod.

Hmm. Pretty sure the game is supposed to be in maintenance right now, although usually the ships don't even let you enter when that is the case.

I've been logging out if i've collected a big amount of meseta from grinding or finding red boxes. Haven't lost any meseta with that method so far. I figure that way you can avoid changing areas and technically the meseta shouldn't go down since you're logging out and not changing areas.