Latest posts made by LastChanceWally

RE: Will you continue playing PSO2 or wait for Genesis?

I dont know. Before the genesis announcement if you would of asked me how long do I plan on playing this game I would of said till i died. I've waited multiple years for this game to come to NA and when it finally got here I felt it was worth the wait. After watching the trailer initially i just felt confused. I didn't understand what this would be or how it would interact with PSO2. After watching the follow up video and realizing the majority of the progress I made in this game isn't going to be carried over I kinda felt gyped, let down. angry upset and just a whole bunch of other stuff mixed in. I feel like i'm in limbo right now with this game. There just not enough info about genesis right now. Is this 1 game? Is there a stand alone launcher? Can you swap between 1 game and the other while still in the game or will you have to relaunch the game? Will premium be in effect for both games or will you have to buy it separately for genesis? I don't know feel like I might be starting to ramble so i'm just gonna chill a bit a see what end up happening.

posted in General Discussion •
RE: Casino Earnings: what do you use them for?

Been buying the 20 Lambda grinders weekly for awhile now as well as the 7 extreme passes would recommended doing the same. Triggers were recently added if you're interested in them that's something you can purchase. You could also buy 20 Good fishing rods or Good Pickaxes. Rest is pretty much just cosmetics. However the symbol art mat and animal mat can be bought and then sold in your shop not sure how the value is on them atm tho.

As the title says when using a hairstyle or accessory even tho it says you will be able to select with all characters it doesn't seem to show up when I look for them on other characters. 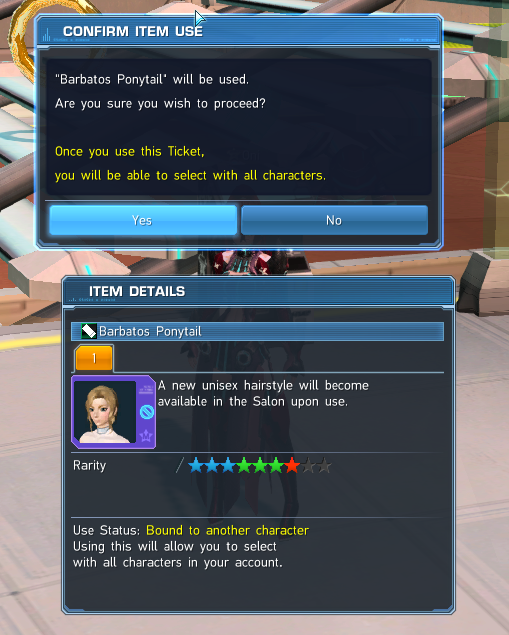