Latest posts made by LapisWave

RE: A roleplaying community for NA? Yes!

@Requiel said in A roleplaying community for NA? Yes!:

Not a bad idea at all and it's a great plan overall, I am a Role-Player myself and run a more Mature Focused RP Alliance that puts the lore into perspective. But sadly I am on Ship 2 not Ship 3. Omega oofsies.

You should make one in our ship! Or transfer when it appears (hopefully)

posted in General Discussion •
RE: Wow, everyone is really mad right now

@Derp-Flerpens said in Wow, everyone is really mad right now:

@LapisWave actually the normal launcher for the game is not 10gb, it's just a small exe that downloads the game. That would have worked just fine on steam, as do many other games on steam. it's changing it to a 10GB app that's causing new headaches as well as the same old ones from the first launch.

I am saying is, JP Launcher was pretty bad too when it came down on installing files from them without Tweaker. I am aware of the WindowsApp/ModifiedWindowsApp folder messing it for everyone atm.

posted in General Discussion •
RE: Wow, everyone is really mad right now

If people never had Tweaker and Arks Layer team never made one, people would never say JP launcher is much better than NA

posted in General Discussion •
RE: For those who are having MS Store Issues: (ARKS Layer Team temporarily resolved it)

@Utahime39 said in For those who are having MS Store Issues: (ARKS Layer Team temporarily resolved it):

@LapisWave Thanks for that hint, and last hope I have to actually run PSO2, MS Store had sucked my soul and removed all joy and anticipation I had ...

Edit : Yeah of course Microsoft, but how is it that the biggest threat to my PC is not an executable on the Internet but your load of crap named MS Store ? 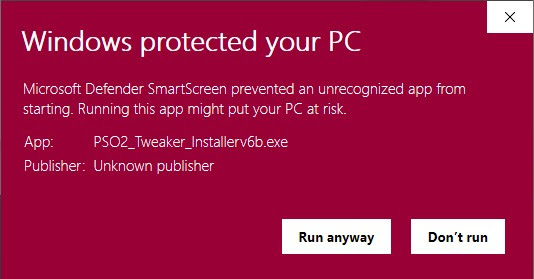 Edit 2 : Sorry, but as much as I appreciate the effort, this is kinda pointless for the NA release since PSO2 Tweaker requires the MS Store install to have succeeded first. Therefore how it could help those having issues with MS Store ?

Unfortunately, they are working hard to make it more easy solution. But this is for those who are struggling to fully install it without missing files or getting files uninstalled directly from NA Launcher. Other best method is to wait for SEGA to actually make official statement to fix this issue.

posted in General Discussion •
For those who are having MS Store Issues: (ARKS Layer Team temporarily resolved it)

Please check ARKS Layer site. (You can google it) They have added NA Tweaker to resolve the issue with MS Store for those who are struggling.

Not even 200 blocks will save us from this chaos.

posted in General Discussion •
RE: Poor performance after last update

posted in In-game Suggestions •
RE: Wow, everyone is really mad right now

People who think MS Store is the problem:

Steam would have been the same because you download 11 GB of launcher and then you go right to PSO2 official launcher which downloads 60 GB then uninstalls it because PSO2 Launcher says piss off.

what this NA launch needed was Closed Beta and Open Beta, before this launch, and SEGA of Japan didn't want to call for that. That is SEGA's end. Period.

@Ezodagrom said in Open ship 4 or PC players will leave:

@LapisWave said in Open ship 4 or PC players will leave:

so that they can fix and test the Microsoft Store

MS hasn't fixed the MS store for the 4~5 years it has been getting games.

I've gotten Forza Horizon/Forza Motorsport/Gears of War on MS Store and played em, and had 0 issues. Considering they've been out for at least 4 years.

What also makes me not understand is why they didn't think about doing Closed Beta/Open Beta for PC version so that they can fix and test the Microsoft Store as well as NA Launcher so people can try to report these problems, yet instead they decided to give out release date for PC like less than a week with less than 8 hours for people to download the game and try to see if their game works properly.

And to be fair, it makes no sense to defend something like this because it was extremely poor way of approach considering no one knew how to download PC version and try to see if it works until yesterday and day before yesterday.

Nothing is under control. And that's the biggest issue here.