Latest posts made by ChairmanKaga111

RE: Hacker IN PVP

@Andross said in Hacker IN PVP:

@pso2blah said in Hacker IN PVP:

They are sitting in lobby of 901 acting like it's not them, has other hackers from leaderboards defending him

Go there and report or if you are on SHIP 2 search for Player ID "Katherine" and report from there. This person ruined a lot of people's nights. 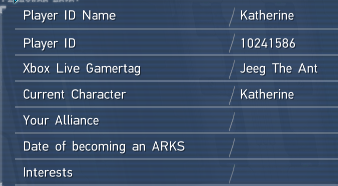 When I reported the player in-match, his player ID name + character name was Katherine. But I didn't take note of the of the player ID number and neglected to save a screen of it. It's probably two different people - considering the OP listed the ID as 11179768 which doesn't match the picture here.

posted in Technical Issues •
RE: Hacker IN PVP

I think I was in the same game on his team, here's the name of the hacker - to corroborate the post. You can see him in the Rappy suit to the right. The blue team on the top left was getting farmed in spawn so they just stood there and accepted death as you can see.

posted in Technical Issues •
RE: Search function in player shop returns no results.

I also have this problem. I hope it gets resolved quickly...