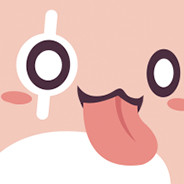 Latest posts made by Cerlis

I've been having issues accessing the NGS global site recently. On Firefox I'm always sent back to the landing as soon as the page finishes loading, and on Chrome the age gate just loops back to itself. I've tried disabling any ad blockers, both in and out of private/incognito mode, no luck.

I tried Googling the issue and searching the forums, but I couldn't find anything about it. Am I experiencing a unique issue, or has the site been like this for everyone?

Pettas Vera appears invisible during Urgent Quests. I can see other players' damage numbers, and even the effect when the boss gets stunned, but I cannot damage nor collide with the boss, and it can't seem to damage me either. I still receive the full rewards when the other players clear the UQ, however I don't get the option to leave. In fact I can't even open any menus—including chat—once the UQ finishes, I'm stuck in the area until I exit and relaunch the game.

This has happened to me on two separate occasions thus far. I rarely enter UQs apart from the weekly quest, so I don't know if this happens every time, or if it's random. I'll do some testing if I get the chance.