Latest posts made by Ark

If anyone runs into this issue, you can fix this by checking the Others Can section under your Xbox Privacy Settings and setting it to Everyone.

Whenever someone near me is chatting, I cannot see any of their messages as it appears with a gray text box with "..." inside of it. No name. No log on anything. Does anyone know what could be the problem? 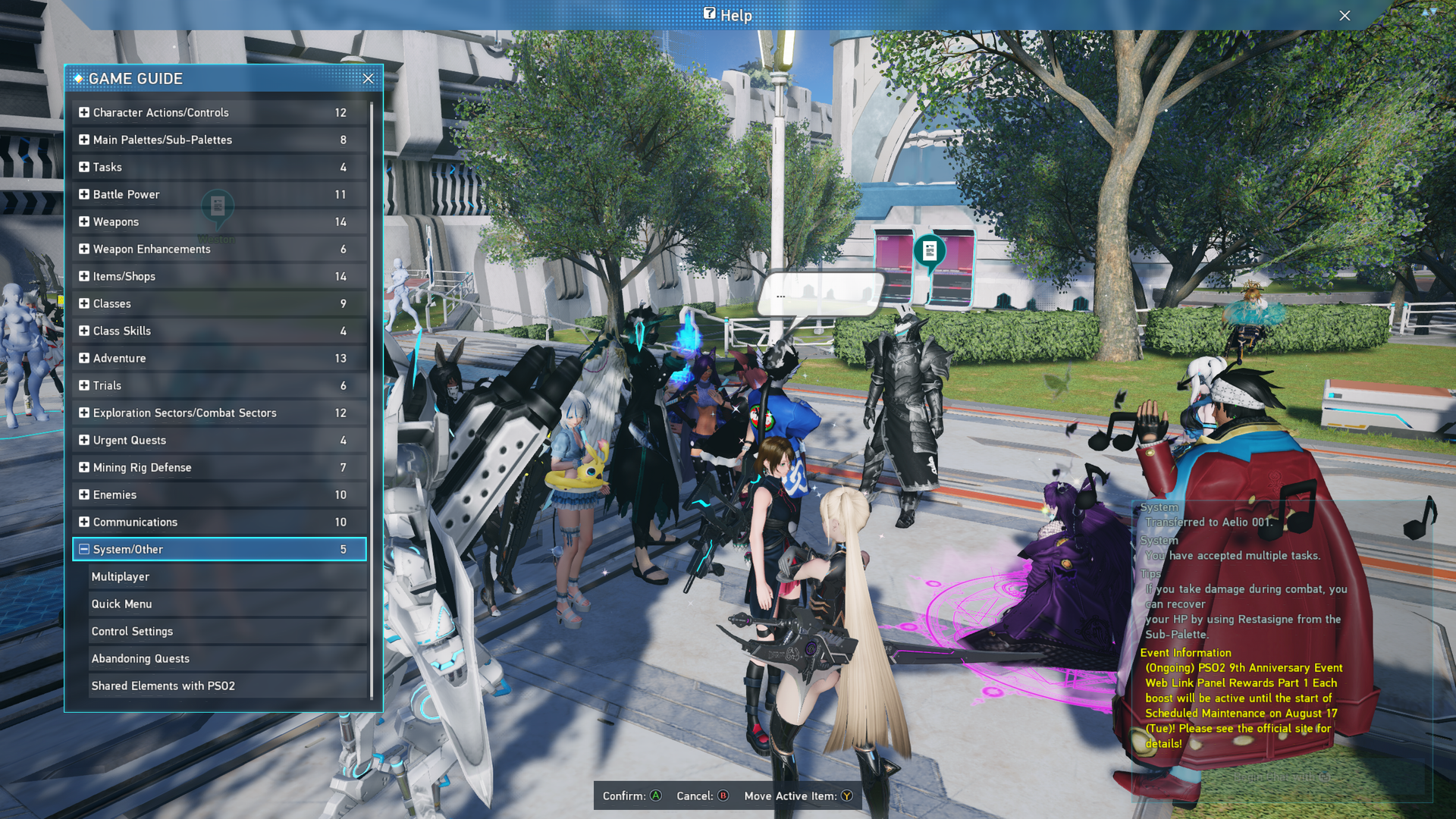 posted in PSO2: NGS •
RE: Any plans for a Switch port?

@Ark said in Any plans for a Switch port?:

@Leonkh99 said in Any plans for a Switch port?:

To add things into perspective on how unlikely it is for this version of PSO2 to release outside of Japan... this setup is not just used by PSO2 but also Resident Evil VII and Assasin's Creed Odyssey on Switch as well as mobile Final Fantasy XIII and X.... all these titles from companies bigger than SEGA and yet these titles are Japan-only.

This is a good point. I am hoping for a port but I have not seen any games in the US streamed like the ones in JP.

Some games are now starting to be streamed. This could be a good thing for PSO2 CLOUD Global!

This is a good suggestion, but it would probably be Bing Translate if this ever came into play.

posted in In-game Suggestions •
RE: Potential for Nintendo Switch release in NA

@Mattwo7 said in Potential for Nintendo Switch release in NA:

@Nuebot said in Potential for Nintendo Switch release in NA:

The switch version was pretty awful,

Well it was being streamed to us from such a long distance and and as others have pointed out in different words, US cable companies are more interested in selling us an inferior "5G" infrastructure (5G here being an intentionally misleading buzzword that refers to 5 GHz Wi-Fi signals and has nothing to do with 5G Cell Phone signals) while charging us more for "5G" than Fiber Optic by trying to claim it's superior while Japan's government subsidized the fiber-optic network, of course it wasn't going to work well.

Certainly this. There is now a new game on the market that uses the same technology and streaming service for the US, so I hope that Nintendo Switch is considered for NA or Global release. Previously it was shut down because there were no streaming games on the market for free, but now there is... I guess we will just have to see.

posted in General Discussion •
RE: About support ticket efficiency.

How come it is so damn slow? I sent a ticket in 6/12, but I still got none response from the GM

It typically ranges based upon what you need help with exactly, not by the order received.

posted in General Discussion •
RE: How to delete/uninstall PSO2?

Microsoft has done a fine job at making things difficult. The MS store UI feels sluggish and unresponsive as hell and I'm not even sure its doing anything.

Try searching Add or remove programs and then see if Phantasy Star Online 2 is in the list.

posted in Technical Issues •
RE: Actual support for the game at least

I agree. The campaigns are really nice and I look forward to them every time I login.

Log into your Spectrum Internet account and go to Experiencing Issues tab and restart your modem and give it a refresh. Restart your router too while your modem is resetting. If the issue is still happening, I'd go on their reddit support page and let them know that this is happening with this particular game.

If you are lucky enough to find this in your Apps & features you could uninstall it from the Settings. It is extremely tedious to try and get into that painful WindowsApps folder without breaking even more than what is already broken. If you can't uninstall it, I'd hate to suggest a factory reset.