Latest posts made by Allwynd01

RE: I am very disapointed in PSO2 for having this Independence Day event

@NeirasRothmagia said in I am very disapointed in PSO2 for having this Independence Day event:

I love this game, but I feel very disapointed in it in light of the decision to include an event glorifying the United States of America, especially at this particular time. While to some symbols like the American flag and Uncle Sam might seem harmless, to me and many others they are painful icons of conquest, oppression, exploitation, hate and murder. The USA's extensive history and ongoing actions of genocide and human rights violations in addition to its authoritarian and racist government and head of state should speak for themselves as to why this is. I hope that in the future SEGA will be sensitive to the fact that the continent of North America includes countries other than the USA, such as Canada, Mexico and Carribean states, which have been and continue to be the victims of direct and indirect abuses by the USA. Furthermore, within these countries as well as the USA itself are members, descendants or relatives of groups of people who have been targetted and continue to be targetted by the US for oppression, exploitation and genocide. I don't expect SEGA to do anything about it now, though I would like an apology and the removal of these items with explicitly American iconography from the game, I think it would be a good idea to avoid the use of the flags and symbols of real world nations and organizations in the future given their complex and often problematic histories, except when called for by in-universe conditions such as in Episode 4.

How did you survive life so far with being THIS dense?

@SleeprunnerInc said in What's up with this windows 10 client?:

If they still enforce the windows 10 issue, you would still need the MS store.

If they don't enforce it, GOOD.

That would defeat the purpose of expanding to other platforms, because people still won't be able to play. I don't think they are THAT retarded not to know that.

posted in General Discussion •
RE: I think this game is going to fail by the end of the year.

@VicariousBark18 I haven't because I don't need to waste my time. If the Xbox Live login app doesn't start, I can't log in, therefore I can't play the game, so it's meaningless to try and waste my time. Also even if you use the tweaker, the game can still delete itself.

I'm waiting for the game to be released on Steam or any other working platform like Epic Game Store or just standalone so the game is playable.

Anyways, the good news is both Sega and Microsoft realized that the MS crAppstore is garbage and they can't make enough money if nobody can even play the game so are now preparing to launch it on different platforms so the game will finally become playable. I just hope they don't take too long.

posted in General Discussion •
RE: I think this game is going to fail by the end of the year.

The game will be saved if they do a Steam release (or any other non-MS crAppstore version) as soon as possible. The game is pretty solid, the graphics and combat are fun (although I haven't been able to play after finishing the tutorial and are waiting for a non-MS crAppstore in order to play again) so I don't think the game will die by the end of the year. It will get by with about 5000+ players and I think that's fine for a lobby-based MMORPG.

posted in General Discussion •
RE: this game might be forgotten when PS5 comes out this holiday

Spiderman is just an action game, aside from graphics, cutscenes and voice acting, it's in no way different than the Spiderman 2002 game. https://en.wikipedia.org/wiki/Spider-Man_(2002_video_game)

Godfall looks like fantasy version of Warframe. With art style that is way over the top (like the frames in Warframe) where everything looks excessively detailed, super fancy and epic and just looks like rainbow vomit. If the game at least had a clean and simplistic art style with a Low Fantasy style that looks like this: 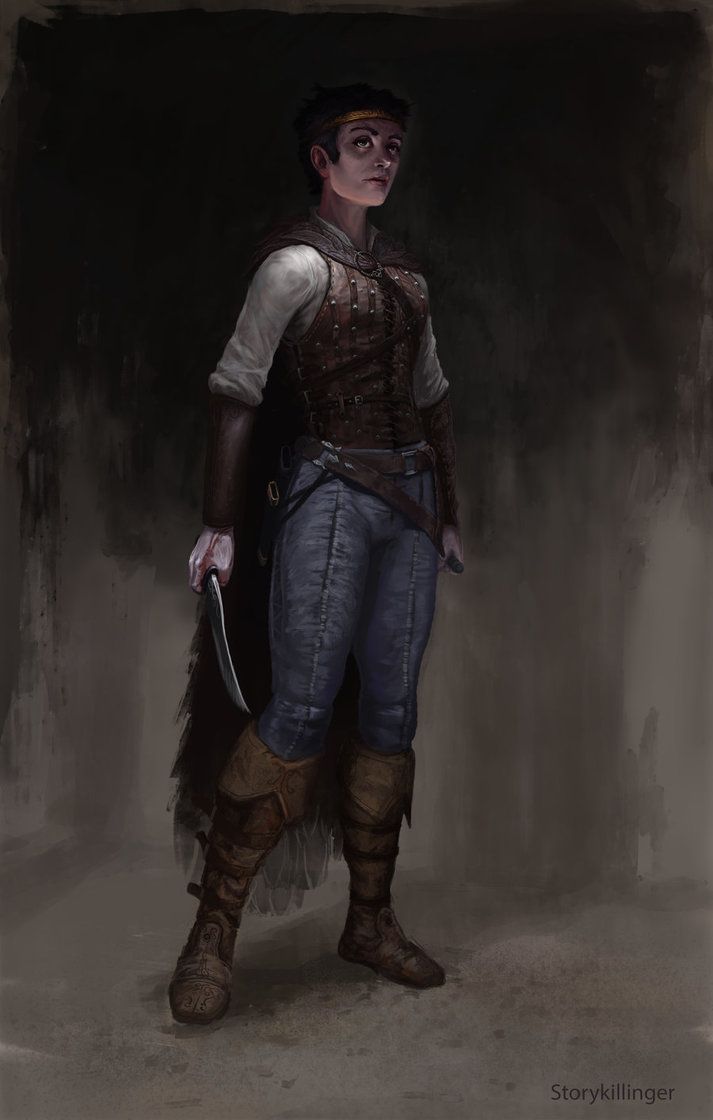 It would have been a lot less cringy and better received. The only ones drooling over that game are 12 year old snots who think shiny graphics are the best thing in the world.

Also the gameplay of Godfall is boring and mediocre, I can name at least 20 3rd Person Action RPGs that have literally the same combat.

If you are excited about games like this, then you must be so easily satisfied with everything that I can present you a poop on a platter and you will shed tears of happiness.

I prefer that these new platforms will enable us to keep everything that we've purchased on our accounts. Since the MS version ties into the xbox live, i have a feeling that if we're to switch platforms, we'll be also switching accounts. I haven't gotten to play much due to this continuing mess with random game files getting deleted or changed, so if i have to start over again, i wouldn't terribly mind too much as long as i actually get to play. I'd still be bummed though if i lost all the bonus items i paid for.

It would be wise if they made sure people can transfer over. Personally, I only played the tutorial, closed the game to play later that day or the next one, and since then I wasn't able to play, that was half a month ago.

I'm only concerned how will they handle the XBOX Live login, because currently is uses an UWP crApp and that crApp stopped launching for me and even though the game was OK, I was unable to log into the game, ironic, isn't it?

I hope they use a standalone program for logging in that is a Win32 program and it's guaranteed it will work. Those UWP crApps are so unreliable that MS should just remove them from Windows 10 altogether.

I also hope the game arrives on Steam, that's the most reliable platform to have your game on and will give the game a higher exposure. I'm kinda glad that SEGA were quick to pick up that they were missing out on a lot of players spending money on the game since they could simply not play the game and are quick to react, but if I have to wait until sometime in August in order to be able to play again.... UGH.. xD

mmobomb is not Microsoft it's not coming out on Steam 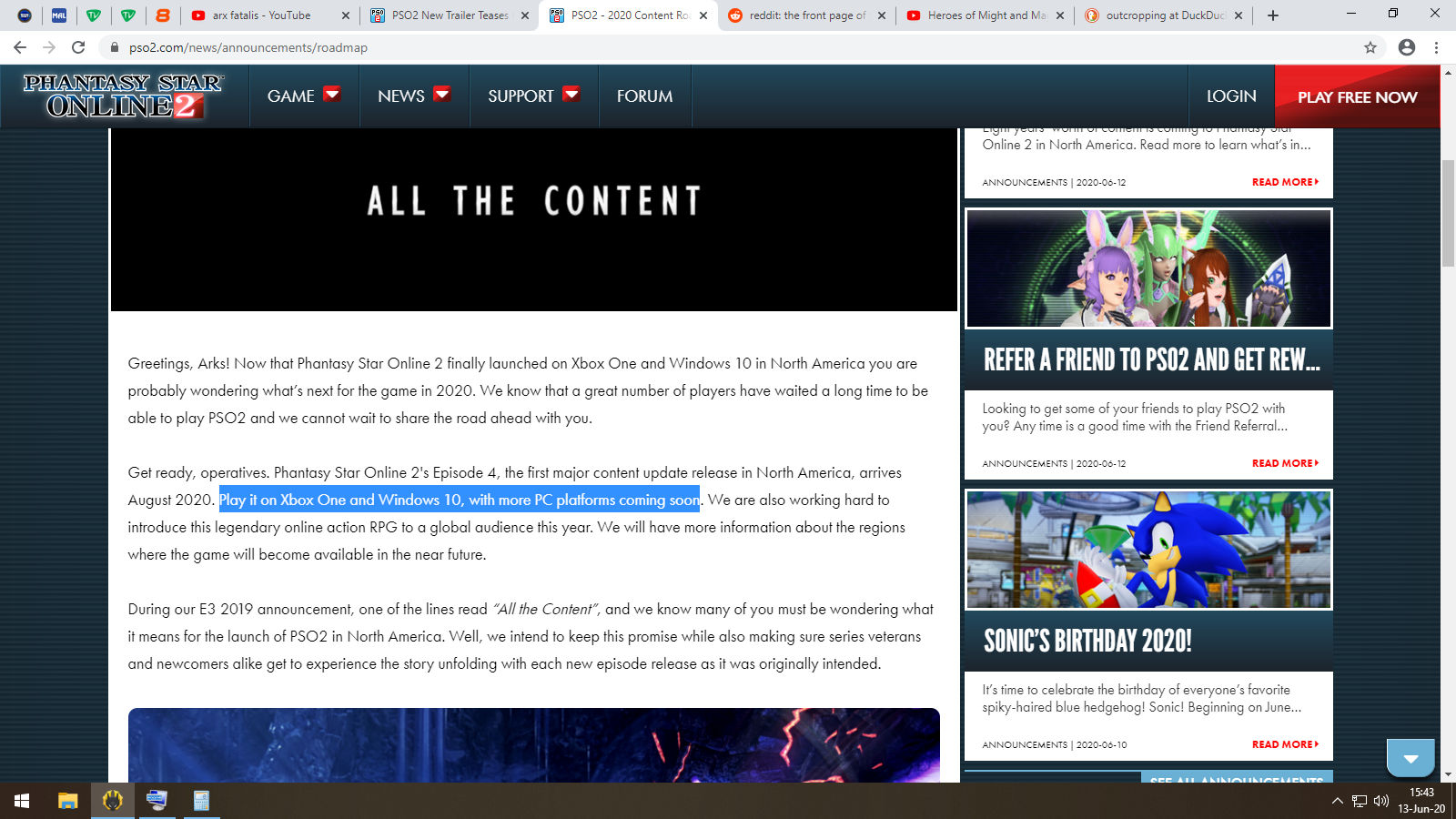 posted in General Discussion •
RE: [PC] The game just deleted itself

@DDDDLife said in [PC] The game just deleted itself:

@dotphil It sounds more like an antivirus issue. Check your windows defender setting to see what was deleted, You can still restore those files. Also, If you happen to use another Antivirus Program, Disable it. and then give it a go. As far as windows Defender, Add PSO2 to windows Defender as a "Safe " Program.

Sounds like MS CrappStore screwing up the game files. No need to send him on a wild goose chase to waste his time fiddling with settings, the only solution is to wait for a standalone, MS CrappStore free installer, seems like it might be coming this August:

There is hope that we will finally be able to play the game. But if it's going to release in August, that's a bit far away.