This would coincide with my theory as to why console players have been running into screen lag. Back when duping firat became an issue, so did lag, when player vending was shut off, even with all graphics options at maximum, and on full blocks, there was zero frame drops. If my theory is correct, it could explain why for the past week I've been noticing my screen lock up for minutes at a time.

As for your question, to my knowledge, short of standing right next to the person, on the same block, there isn't any way to get, but such an option has been requested before, on another thread related to racy symbol art, used for advertising. These bots are slowly becoming a larger issue than before. It was bad enough when they were just annoying, but now they are duping, and selling the duped items, as to make meseta, that they can later sell to someone. I haven't personally seen these stacked items, but I haven't been looking for hot items, such as grand augments. I'd screenshot it, and send in a report ticket if I were you. 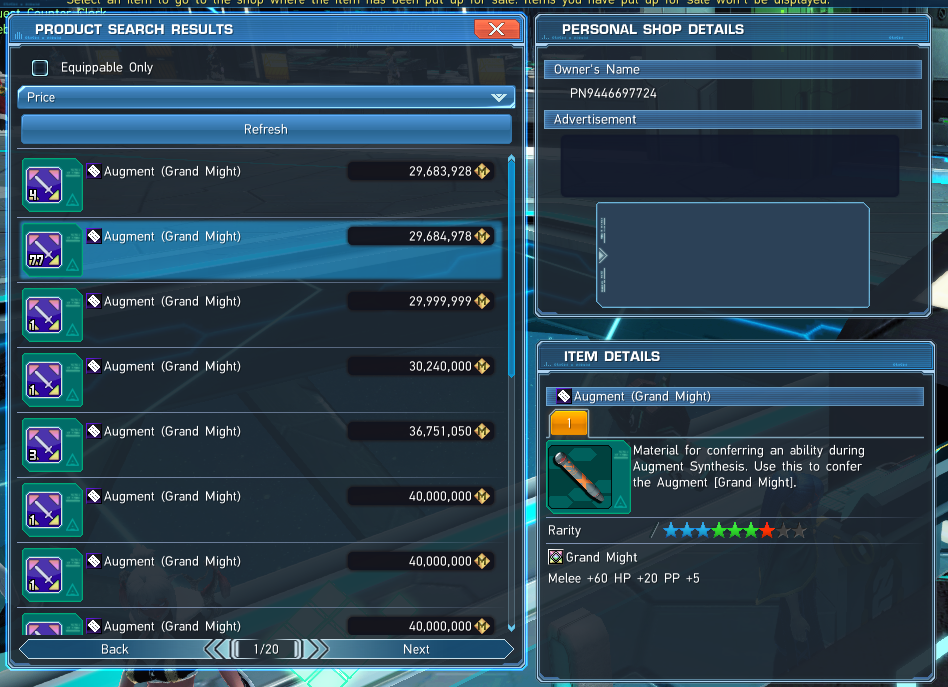 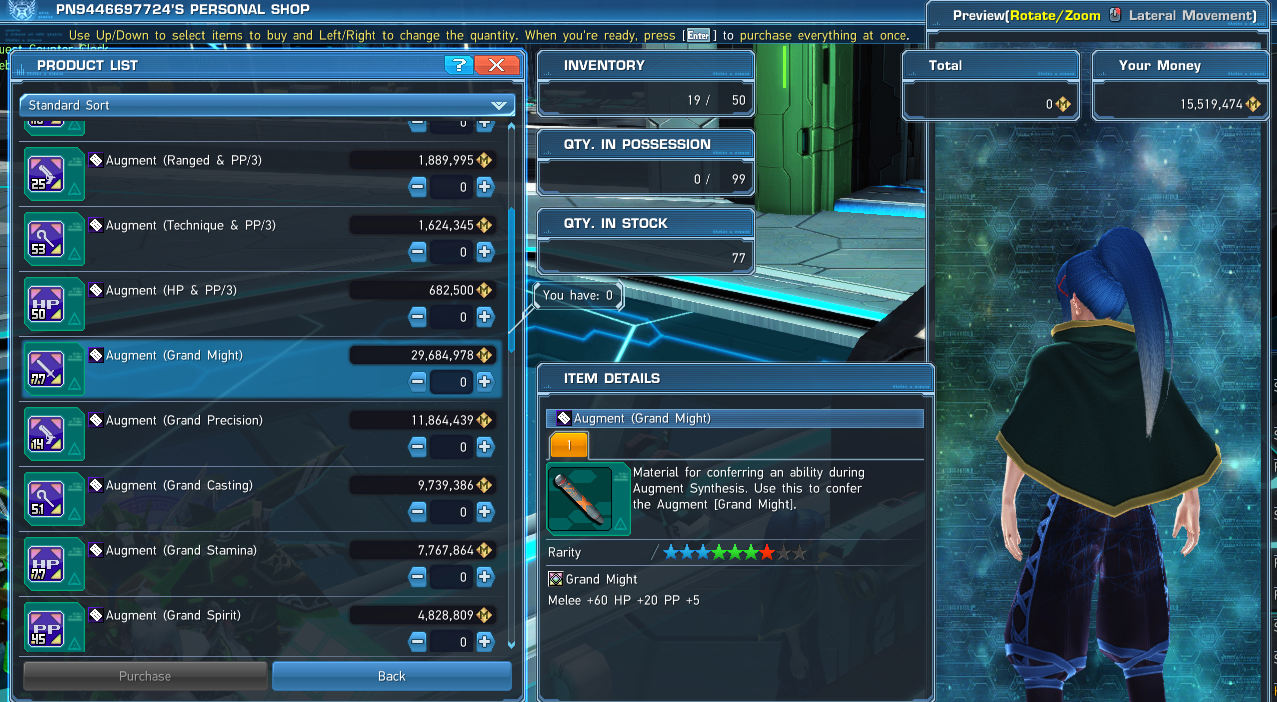 @Hecyna It's definitely glitch related. On Fallout 76, it's the same. Anyone using bugs, exploits, or dupe glitches in mass, typically cause the servers to become highly unstable. One dupe glitch in that game, required that you crash a server as a matter of fact.

It's quite annoying that some players are even doing business with these bots knowingly. If they weren't around, I'd likely be able to run everything at max, and still have max frames.

@Hecyna I reported a lot of BOT that come to spam chat in lobby like at now is.. 738 BOT already. But for Bot in Store I not check it yet.