Where are all the Rockbears?!

This topic has been deleted. Only users with topic management privileges can see it.
last edited by
Z
Zew

Hey everyone! Been enjoying the crap out of this game, but I can't seem to locate Rockbears for my Client Mission. Googling it only shows that I need "Free Exploration: Forest" and I cannot for the life of me figure out how to unlock it. I've done all of the forest quests (S rank), did all of the basic training, and have my Mag, which is what most everything I have seen online says to do. Can anyone help me figure what I might be missing?

@Koro57 You're not missing anything. Until a year ago in PSO2JP, the Rockbear used to be a fixed spawn in the Free Exploration Forest quest, as the end boss in Area 3. But that's not the case anymore. Now there are still several ways of finding it aside from it randomly spawning in as an Emergency Code through several quests.

I sadly don't know which quests are available in the PSO2NA OBT cause I don't have access to it. But your best bet is to do the Time Attack Quest > Marathon Training: Naverius B. Now If I got the the name of the quest completely wrong in the NA version, look for something rather similar as the picture. Pick the Time Attack quest which has the same mobs displayed as below. (Dark Ragne, Garongo and Fang Banther.) 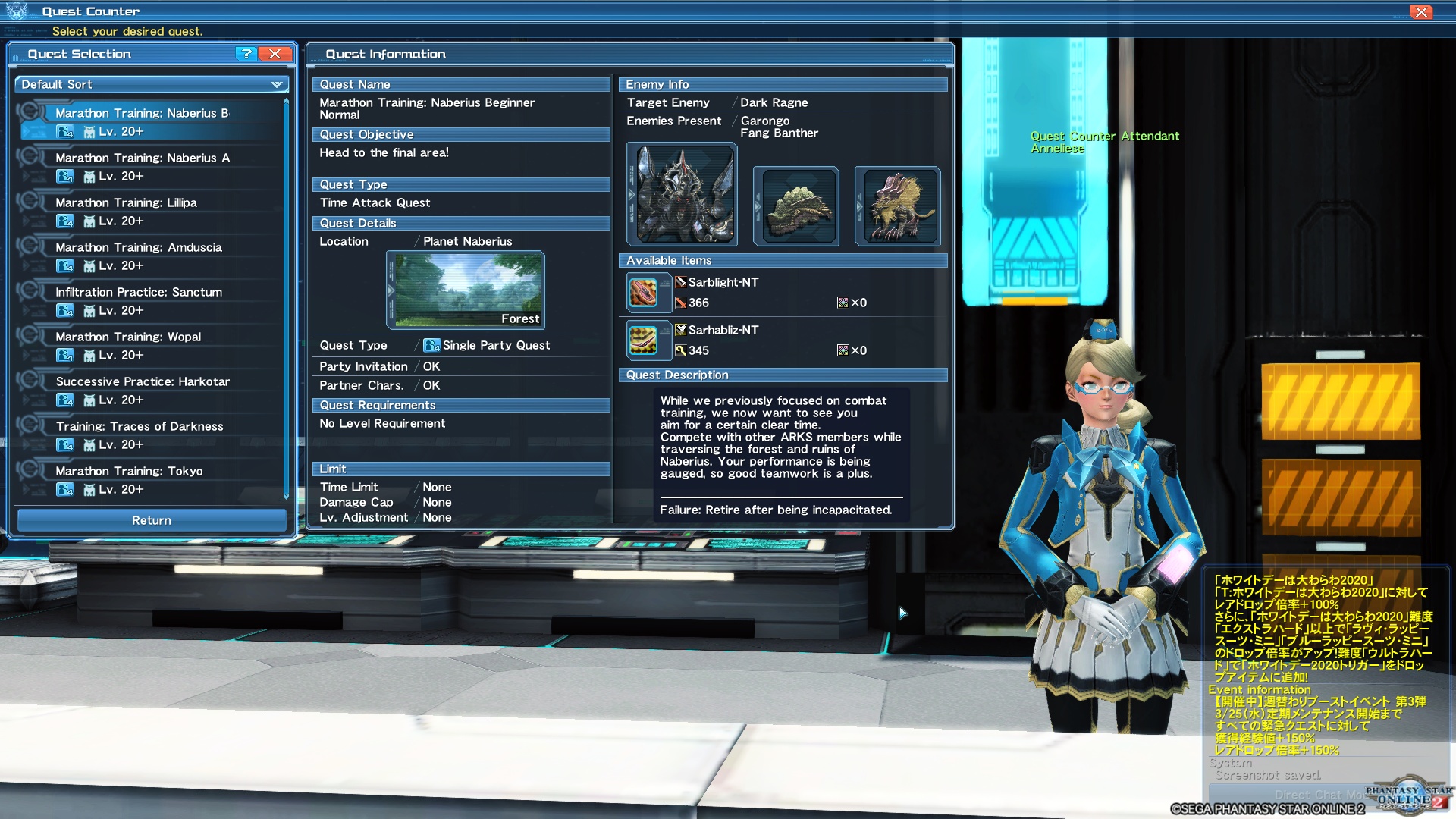 What you want to do in that quest is to clear the first room you spawn in, and then take the west exit! The following room holds a fixed Rockbear spawn. After killing it you probably can abandon the quest and the Client Mission should still be completed. (If it didn't clear the Client Mission, the Rockbear might have been too low level for it to count. Try the quest again on a higher difficulty then.)

(Now if Time Attack quests aren't available in the OBT yet, let me know and i'll try to direct you to other possibilities.)

Ahh, that's why I can't find him anymore.

The wording is slightly different in NA. It's "Forest Expedition." And he's a random spawn/emergency quest that occurs.

I have 3 characters and had to find the RockBear 3 times so heres how I found him. Solo or with friend or Aux. Take the quest Forest Expedition I've found him in Area 2 near a cave sometimes I had to go Area 3 and turn around and go back to area 2 but he usually shows up when you turn back. One time I had go all the way back to area 1 then back to area 2 near the cave before he finally showed up. But he definitely in area 2 just appears randomly.

This quest is called Running Maneuvers: Naverius I on PSO2 NA. And i can confirm the rockbear fixed spawn.

Take West gate on the first map of Running Maneuvers: Naverius I

Goto Running Maverius I and take the passage to the left after the first Waves... u always fall on Rockbear.