Buster Quests have been around for about three weeks, but with the advent of the new Urgent Quest, Castrum Demonica: Hostility, and the upcoming Perpetual Madness Urgent Quest, there's never been a better time to take a moment and compile everything we know about them, and get them out there for your benefit. With this, you should be as prepared as you possibility can be for knocking down as many castle golems as you well please. 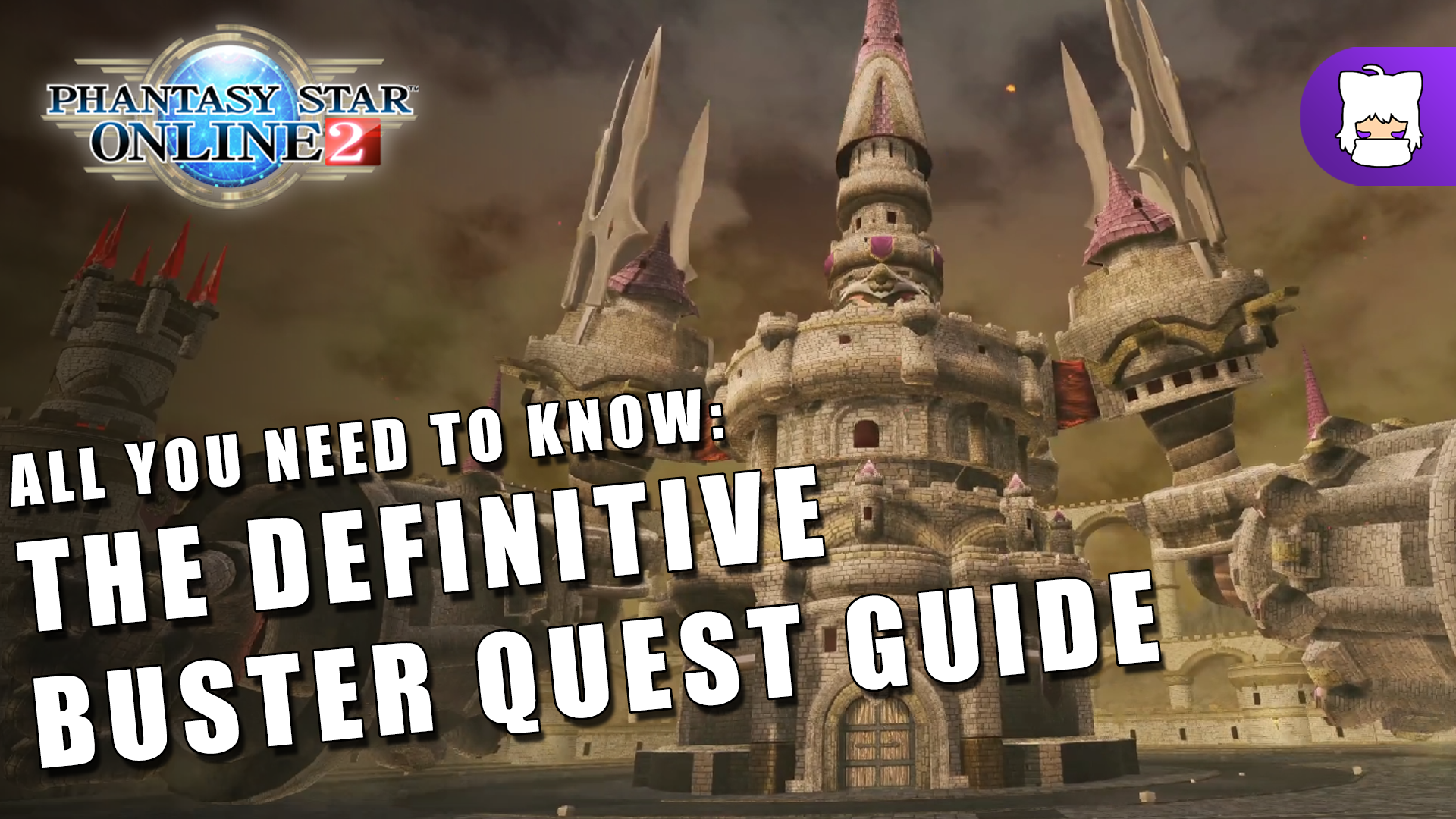 Thank you very much, I learned a lot from your video!

1:27 - "This isn't your traditional find boss and DPS boss encounter."

Photoner Fleet UQ: Buster Quests, hold my Sake. (This is the only actual proper raid in PSO2.)

Also, a serious oversight by most players, it seems. The Shotgun turret also has a VERY long cooldown on its attack in comparison to gatling turrets (which will indefinitely fire as long as something is in front of them.) If no force barrier is put up, shotgun turrets are practically useless.