As the Open Beta draws near, we can see the Microsoft Store page for the game already updated before it goes live (No "leak" here, this page is visible to those who have the game in their library from Closed Beta... or simply have the link to the store page).

NOTE: Some of you may notice it says its only available on Xbox One. Besides the fact that the Beta's for Xbox One I have been trying to find the opportunity to add that some games do still have separate game listing for PC and Xbox One on the Microsoft Store (SEGA's recent release of Yakuza 0 on Xbox One and the MS Store being a good example):

Nice info, it's awesome to see what the marketplace page will look like!

@DKGJustus said in Microsoft Store PSO2 Page Has Been Updated:

Still up for me. You need to be on your Xbox, Highlight the game, go to 'Official Club', then 'See in Microsoft Store'.

@AnamanaAU Gotcha, I was trying to find it on the xbox console companion. Thanks! 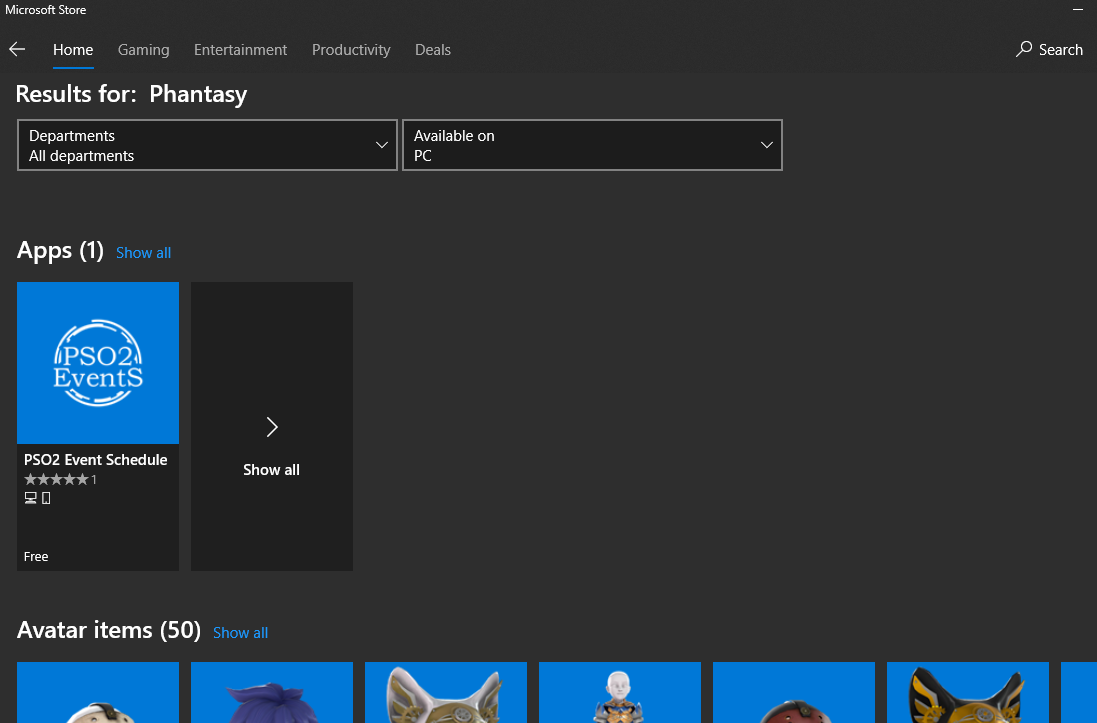 When I follow the instructions on the pso2 website for finding the download for the game under the store on my xbox there is no listing of the game under search results when you type phantasy or pso2? How do you find it over the xbox console?

Why I can't see it in the Xbox? They said that he going to be there so we can download it before tomorrow

Not entirely true. If you're logged into the same Microsoft account you used to download/play the CBT, it shows up on the PC Windows Store. It has been showing up for me in the desktop store since starting the CBT download, but the only way to get there is to go to "My Library." Shows purchased 02/03/2020. It does say "'See Available On' below for devices this product runs on. It won't run on this one," which will very likely be the case until PC is added to the mix before too much longer.

There are actually six reviews on the PC listing of PSO2 already, so at least six other people have been here too!

I was just being pedantic, no need to apologize. It is technically there, but if I search for it, I get the same free EQ schedule app suggestion that you posted.

@Amon991 The download page will be public in 2 hours, as far as I know. We can only view this because we have the Closed Beta installed still and it allows us to go to the store page for it.

If I didn't gave closed Beta installed, I can't see the open beta in 2 hours?

No, the Open Beta will be downloadable for everyone and updatable for Closed Beta users in 2 hours.