Potency of crafted disc visible as a blue decrease, rather than an increase.

The PP Cost is also displayed incorrectly, as it should increase by +1, not decrease by -9.

Type Zero PAs and Techs have different base Potencies and PP Costs than their Standard versions, and the Type 1 and Type 2 modifiers are applied to those, not to the stats of the Standard versions.

Here is a chart showing the differences in base Potencies and PP Costs between the Standard and Type Zero versions at level 17: 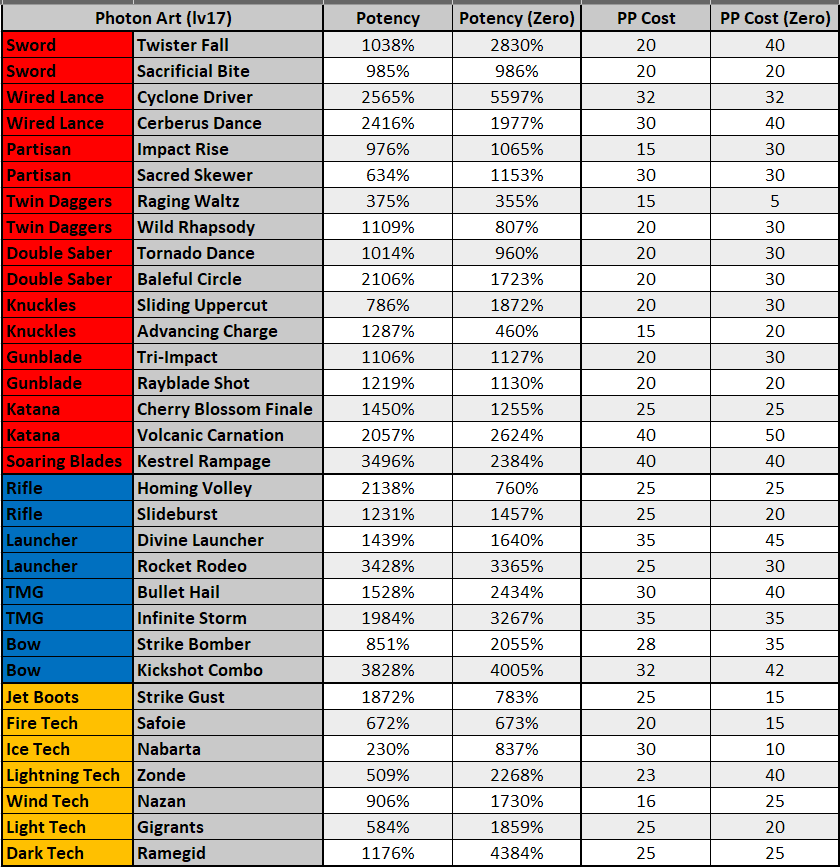 So it's intended to weaken skills, not improve them? The system still doesn't make any sense.

Why implement such a system in the first place?

@MasterDarkwingz It is about the behavior changes. In the case of Strike Gust, those changes are:

As for the Potency changes between Standard and Type Zero, while in some cases it may look like Potency is dropping significantly (like with Strike Gust), it is often because of how Potency is displayed/calculated. (I'm going to skip posting the whole "this part of the PA uses this percentage of the potency" calculations for simplicity's sake.)

As you can see, there is a Potency drop per hit, but it isn't as drastic as it appears just by the displayed numbers, and the actual DPS is different between them because one is a charge PA and one is a hold PA