Disclose WHY the height limit was put in place

@Anarchy-Marine said in Disclose WHY the height limit was put in place:

@Leonkh99 That's good, but won't they still be making a percentage of whatever profits this new company that bought their machines brings in? The topic shifted back to SEGA's reputation after I read an article shared to me by Google. (My home page gives me news articles I may be interested in, based on my search history.) Normally it's crap I don't care about, but this sale in particular caught my interest. I'm glad that it wasn't their corporate business, that handles these games, but I care about money flow in this sense, and this GENDA company is raising some red flags for me.

Maybe I'm making a big deal over nothing, but ever since I learned about the things the Chinese government, and by extension its markets have been doing, anyone doing any business with said market, are groups I limit myself as much as possible spending money with. Kind of hard to do when nearly every country, especially the U.S. outsources to it. I just don't like the thought that my money has in some way, potentially gone to fund the very things I abhor in this world. Overzealous control, and brainwashing are on top of that list next to lying.

Edit: I apologize for going well off topic, as it was never my intention to derail the thread. Dead though it may have been, bumped from it's original derailment.

Apologies for the delayed response, reading through here and having a small understanding of Sega's internal structure... your worries might be a tad misplaced.

So one big mistake people make is assuming that 'SEGA' is one big unified company... it isn't. 'SEGA' comprises of completely separate companies bearing the 'SEGA' branding and owned by the same parent company, SEGA Group. These companies include the following:

The list goes on... and this doesn't even account for the companies that the Sega Group owns outside of Japan such as Sega of America, Sega Europe, Sega Amusement, Amplitude Studios, Two Point Studios, Sports Interactive, etc. (If you are curious, you can find the full list on their Japanese corporate website: https://sega-group.co.jp/english/about/group/)

So this whole GENDA ordeal, thats only with regards with SEGA Entertainment who have 0 presence outside of Japan. SEGA Entertainment is the division that manages SEGA's arcade centres and restaurant facilities which are basically these places: 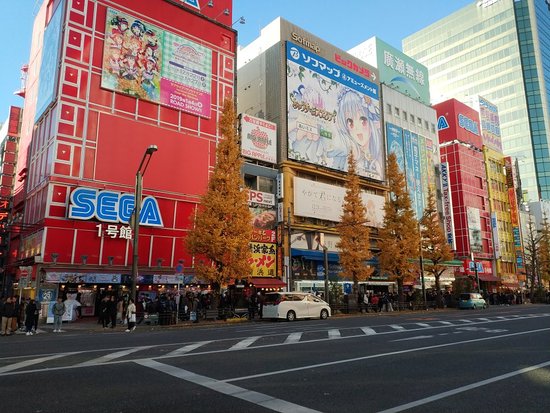 Aside from that though this whole deal with GENDA from the look of things have little to no relevance to the rest of their business.

@Leonkh99 One can only hope that's what that means. I'm still looking closely at every company I do business with though, and SEGA is now on that radar more so than before, which is to say it wasn't as much as I watch gaming companies, that directly deal with Tencent. I'm going to drop it for now though, because we have gone way off topic, and it's my fault.