Can I turn off AI autochat?

This topic has been deleted. Only users with topic management privileges can see it.
last edited by
F
Furious

There is an entire section of Chat Settings dedicated to adjusting Auto Chat display: 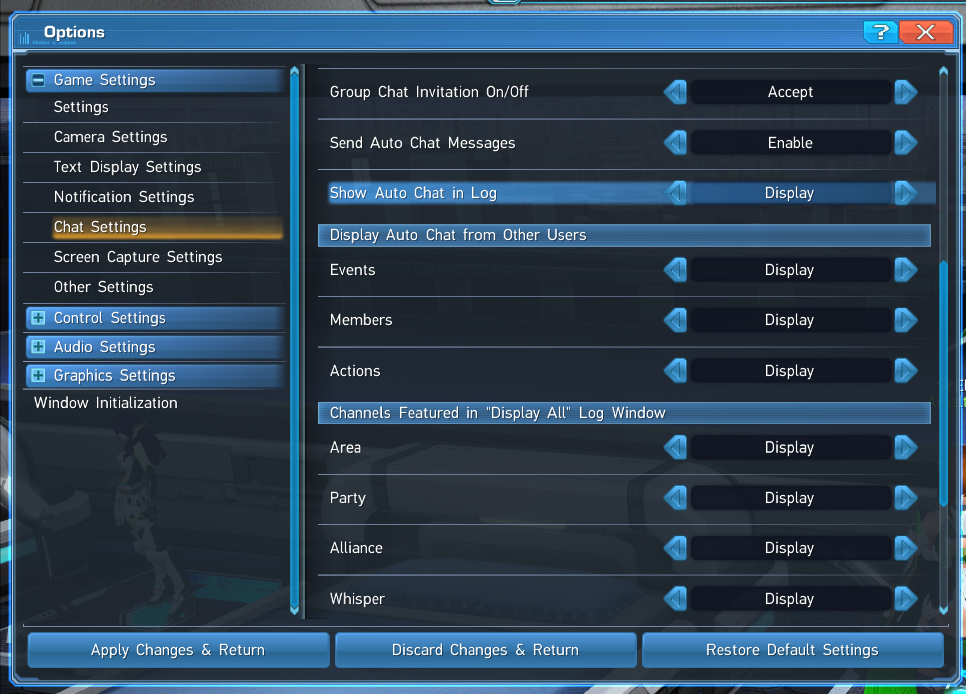 Yes, and unfortunately none of it applies to the AI in your group.

I just double checked to see if this was a Global version bug, but it looks like even on JPN there isn't a way to disable Autochat from AI allies. I'll dig some more and see if there is something I missed, though.

You would be my absolute hero. In a game where there is already tons of screen clutter, having people plaster their faces with shout bubbles on the screen every time I take a step is horrible. If it wasn't for the FUN, I'd never EVER bother with AI for that reason alone.

Yeah this has been bugging me since launch. Hope they eventually get around to fixing this.

Reason now I when I go solo, I go solo.

Add friends who don't use auto chat and use their avatars. You still get FUN for using friend avatars.

Don't pick me though because I go full on with the faces and for every action that has a line my character is based on would say :).

Thankfully I haven't had this issue, but a way to mute them would be nice.

I don't go solo because I want the titles of the NPCs but yeah players companions are annoying as hell sometimes, some people just abuse the auto chat feature

@Furious said in Can I turn off AI autochat?:

This made me laugh. Like you seem super worked up over something so small.

@Hatsodoom said in Can I turn off AI autochat?:

@Furious said in Can I turn off AI autochat?:

This made me laugh. Like you seem super worked up over something so small.

It's just as bad as meseta bot spam. Useless, screen cluttering spam on top of all of the screen clutter the game already throws at you.

I'd call it worse, even, because bot spam at least happens in the lobby during down time, whereas this is constant in your face spam when you're trying to actively play, and on top of that it is the players themselves creating this spammy nonsense.

This is literally an advertised feature, that has a quest related to it. Players use it to bring life to their otherwise silent characters. Seems to me, some of you folks here don't like RPG games, as this is a JPMMORPG. I personally like seeing the creativity of others.