I see this far too often on JP servers. Players will leave lower leveled / undergeared players the moment they can tell they are such in featured level-up quests. This hinders progress for the community as a whole and can drive some players to quit the game entirely. They sometimes try to do the quests as well, but then instant leave when they die once.

Just the past two days, I've had this happen a total of about 16-20 times. Players leveling Phantom or Etoile leavin people who don't even have successor classes unlocked in the dark / dust. I've tried at varying times of day, etc. still the same deal. I've tried more than 4 different level up quests, also the same deal.

Please be courteous to your juniors, and help them. Even if they're a terrible force who has to sit around and charge techs and wait for PP to regen.

I also see some people ignoring adds on the castle and focusing on the big hands. One party ignored ALL of the enemies on PURPOSE trying to dodge around them and make absolutely sure that their attacks wouldn't hit the additional enemies, basically ignoring 8 enemies worth of EXP: 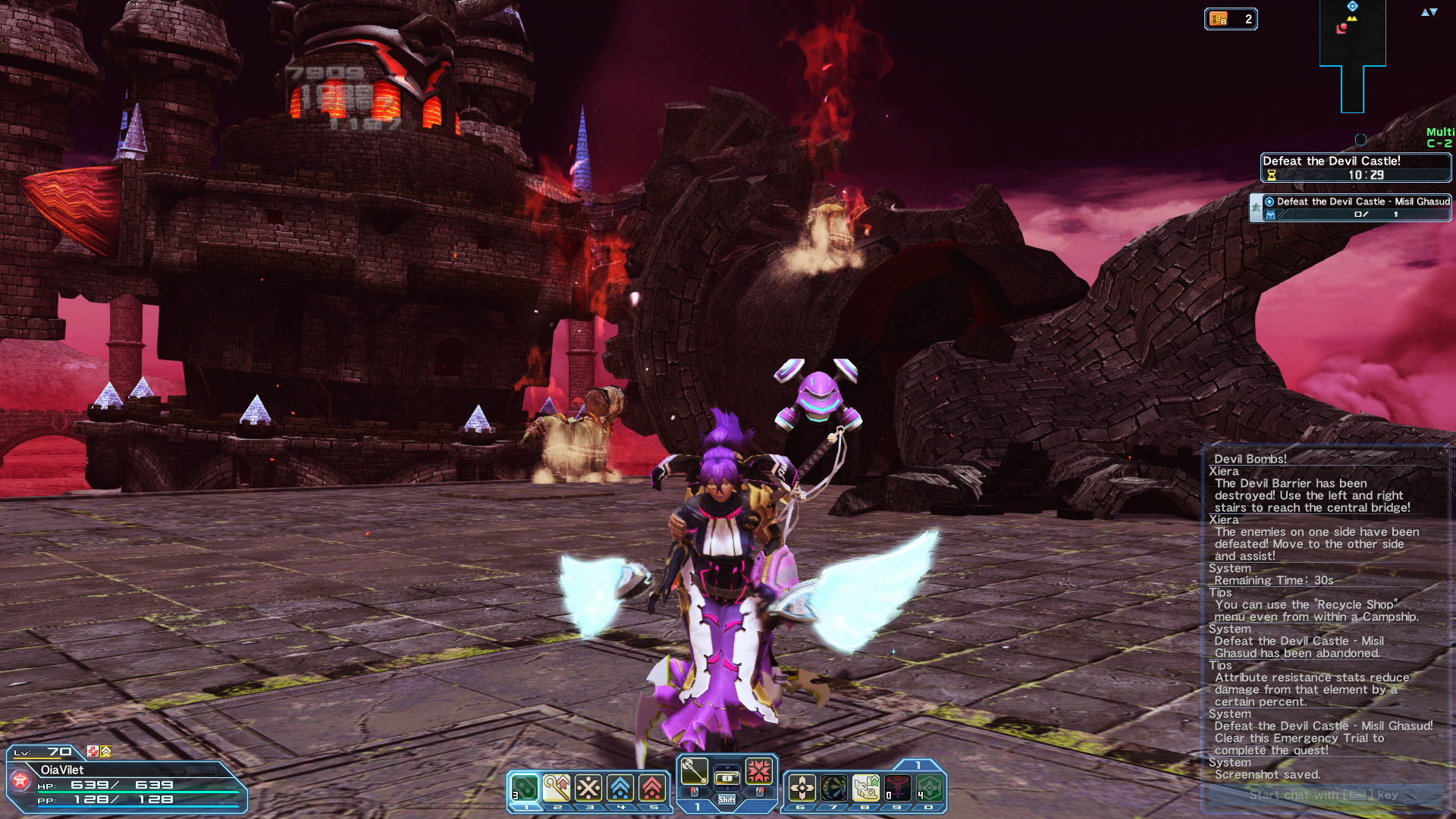 I'd love better gear, but I'd need:

That's the thing when it comes to 8 year old game with most people only leveling alts. They don't want the baggage. I hear it's very common on NA focused groups more then JP (Ship 2) . I've had people come to my ships from 2 because they get no aid from their own communities. The best I can tell is find an Alliance early and get to know others who are willing to go out of their way to carry or aid you in leveling.

The best I can tell is find an Alliance early

There goes any hope for new players later on, much like that whole thing about a founders pack title / etc. in that other thread. Also, alliances that force you to use discord or voice chat will be avoided by me.

The best I can tell is find an Alliance early

There goes any hope for new players later on, much like that whole thing about a founders pack title / etc. in that other thread. Also, alliances that force you to use discord or voice chat will be avoided by me.

Shameless self plug. You will be fine joining my Alliance then.

Discord is only mandatory if you want to pre-register entry. So if you are still looking for an Alliance when all ships are up or during full release. Message me on here and I'll fit you in.

Now then back on topic. There is always hope for new players. There are plenty of people I've seen in this community that will go out of their way to help new players even without joining an Alliance. It will just be a bit more difficult for them to find the help quickly.

I hear the jeM alliance is great for new players!

Sorry, I'd rather not be an alliance that has more than 10 active people in a game like this. Me included in that 10 btw. I've had too many MMOs where chat can get full quickly. There's no actual chat filter settings, just a dropdown with filter presets.

Especially in quests like these, the whole point is to go as fast as you can and if you can't catch up to get a hit in, well at least you're still getting the whole exp value if you're just near enough really.

PSO2 could maybe use some system to get people to help others more I guess? but due to the nature of the game unless major changes to the combat flow of the game happens if you need some personal help you really are kinda best off asking players to personally play with and tutor you. I don't think I would want stuff like Level Up Quests changed from what it currently is already because well, it's wholly there to level you up and you can go as fast as you want with it.

I didn't say to change them. Going fast is fine. I just am saying that people shouldn't just immediately leave the quests entirely before even starting them.

I can't really tell you why people would also leave the quest entirely too, but at least with this kind of quest the enemies do actually scale to the number of people in your MPA so as long as dealing with the enemies isn't the issue it ultimately isn't much of a problem? Unless you wanted the help, in which asking people up front for help does work, really. I've seen the Twitch community actually play with other people often which is quite nice

I usually don't watch twitch. Unless it's for RPG Limit Break / GDQ.

Do players not allow people to join up with them in these Level Up quests? As far as I know from the first time I saw it I think the recommended level was 20 I think when starting out. But from the way you're describing it sounds like you can't form parties after the quest begins or something that's more or less like the Urgent Quests....

ive done it myself honestly.. when i realize its me and 4 summoners at level 70, im out. i cant help them and my time is better spent getting in a group that can actually clear the content in a reasonable amount of time. to be completely frank i wont even be grouping with FRIENDS if they are playing summoners in north america because of the nonsense i have experienced playing with them on the jp server.

I always wait for the rest and not skip around monsters(unless we are all the same level splitting up to clear different areas haha) but I like staying behind to help and make sure they don't die. The only problem is I sometimes feel like the player gets bored if they can't do much damage and someone else one shots an enemy.

I'm bad at stufff like Discord and community chat apps. Kind of like what @coldreactive is sort of saying about the chat getting full. I just recently joined a Discord one but the next time I check the channel I will be far too late to spend time catching up on everything. Mail system works for me xD

The only problem is I sometimes feel like the player gets bored if they can't do much damage and someone else one shots an enemy.

Considering I like to help others clear content, this is the opposite. I want to level up quickly so that when there aren't level-up bonuses being thrown around like hot-cakes, I can bust out my overgeared character and help them. Of course, sometimes I hold back a little to help teach them things.

@coldreactive Did you ask for help? Everytime I asked i got it, an if someone asked an i could help i did... But if no one asked i usually didn't know it was problem. That was on the closed beta i haven't played the Japan version, but i am guessing it has to do with being an older game over there.