@EternalChronicles If anyone needs to back the fuck down, it's you mate.

Trying to tell everyone to shut up about censorship is not the way to go and makes you just look stupid as shit. 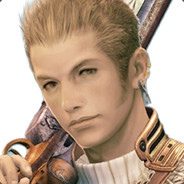 @EternalChronicles Hah you think that just reverting a height change is going to be problematic even tho it has been NUMEROUS TIMES EXPLAINED TO YOU CRYSTAL CLEAR AS THE MORNING DEW ON A PLANT ON A SUNDAY that it's not going to cause any legal trouble nor anything else for that matter and is only a POSITIVE CHANGE.

If you cannot accept that positive change then whatever god you believe in help you understand that smiting you and then smacking you would not help you realize it.

@EternalChronicles The world is indeed dying around us. Both the physical world and the world of humanity. In that regard, you are 100% correct. But one huge part of this death of society comes from the imposition of some people over others. This isn't even related to morals or culture, but to the basic rights democracy has given to people in the so called Free World, like freedom of speech. And silencing an opinion instead of debating it or moving on if there's nothing else to debate, is akin to that kind of imposition over others.

As I said in another thread, silencing is akin to the murdering of justice. Even if the opinions given are wrong, I'm duty bound to uphold and protect the right of everyone to speak, so long as that speech is not for the purpose of destroying democracy or it's institutions, or things that the law have stated as illegal. So even if someone says something I don't agree with, or something completely wrong, I must respect and protect their right to say it. What we do instead, is to debate the point, and in the case of something plainly wrong, guide and correct the person saying it, using proven facts.

In the case of these censor talks, many of the points are just that. Opinions. The opinion that the full freedom of art as it was first created to be given to all versions of the product, no matter where it's displayed. It is an opinion in counter to a censor. On the other hand, preventing what may be perceived as depravity from a foreign culture, is the fairest point a pro censor can pursue. And in many aspects, it's a goal I also pursue, but through a different approach.

So in the end, we help the world to not die around us by protecting the basic rights of human beings living on it.

Just chiming in to remind people that the reasons for why the game, if uncensored, would not suffer any legal issues are detailed in the opening post.

Also, would like to say that change is possible and that feedback is heard. The SG Scratch being extended is likely due to feedback on its short duration and how we lacked weekly SG for half of its original duration. Sega had no obligation to extend it, but they did so.

Remember, defeatism never accomplished any thing. As long as we try, there is a chance. The moment we give up is the moment when we guarantee change will not happen.

Also, please do not get too heated. Threads have been closed due to posts becoming too heated. If you suspect someone is trying to incite you or others, report them. @Dragon-Cloud said in Can we not cut out anymore story scenes and stop it with censorship in general.:

Ep 4 story was a mistake, a really big mistake, its not even pso style to begin with and really out of the picture

I dont mind the stupid bath scene dissapear, because it doesnt add or give anything, its not even funny

As a little bit of a preview, EP4 was used to start off EP5. It also does tie in with the PSO2 story quite well, but it requires that you get over half way through it to see this.

@EternalChronicles The game isn't going to shut down if it uncensors itself. I addressed this in the opening post in detail.

Also, is it really a bad thing to inform people of where to send their feedback for the game? I'd imagine that some people are not aware that feedback on Steam Forums are unlikely to be forwarded to the devs. People are simply being informed of where to go if they want their voices to be heard.

@Frost-Soar said in Can we not cut out anymore story scenes and stop it with censorship in general.:

Not only that, one of the later bath scenes is a prerequisite to unlock the Bonus Boss of that chapter...

I should recheck the cutscenes for that and see if there are any references to the bath scenes. Like that is the only reason why I can think of to remove the fight, which would be a definite content loss.

Though I guess it could also be due to a mistake in the boss fight unlocking if they remove the cutscenes but not update the boss fight requirements. Will have to pay attention to this when we get the rest of EP4.

@Crescens I just skipped most of the scenes in jp back then, pure suffering and bad writting. I know pso2 is not PS 3 or 4, but holy shit

Ep4 is bad and all about kinks, lets us be clear. censoring or changing it without saying a word... is another story.

I dont think they will "cut" content that touches gameplay, SEGA wouldnt allow it

Why pro-censorship people always trying to hijack the argument in their favor? I was hoping they weren't here, and that they were only on the Steam forum, but I was wrong. They are probably the same users at this points, those 3-4 pro-censorship users who try to close all threads because it's their mission.

@Dragon-Cloud I wouldn't say it is all bad. It has some merit if people enjoyed it; it may just be a matter of personal taste. I enjoyed the later two bathscenes for their comedy, the third one especially. I imagine others also enjoyed them.

Also worth noting that Sega is the one who is doing the cutting.

I don't think the boss fight will be cut. If it is missing it would likely be due to them not changing the requirements, assuming they cut the later two bath scenes.

@chrnodroid Let's not focus on them for too long. Better to put our focus on the topic at hand.

About EP4, I'm probably the only person in the world who thinks it's good. I started to know Phantasy Star with PSO2, so I don't really understand much of the lore, but I found EP4 much more anime-like and easy to understand, and I love all the characters, Hitsugi is my favorite. I also liked the bathscene, fortunately I saw it on the JP, but I would also like to see it in the Global version.

@chrnodroid You're not the only one. I enjoy EP4 a bit myself. I am actually rather anxious to get the partner cards of all the other PSO2 the Animation characters.

I am hoping that the bath scenes are kept as well. I find them to be a nice touch to EP4.