@Rain-Gnyu said in Can we not cut out anymore story scenes and stop it with censorship in general.:

I love everything thing Sega is doing that involves censorship! Every single improvement or update and I am not saying this to upset anyone. I am just shouting out about how I personally feel in this thread since they have reopen it. These censorship improvements I strongly believe make the community feel safe and can enjoy the creative passion the Sega Team has put forth. There is a great number of us who support the action and tools Sega has place in game and out for the proper peaceful gaming environment. Thank you Sega for listening to the community and taken true action, much appreciated!

If the words "stroke" and "stupid" are enough to make someone feel unsafe, that person should probably go see a therapist.

This meme is pretty much how to express the lack of SEGA ingenuity in allowing users to set up the censorship for Chat Log (Parental Controls currently on default ON FOR ALL) from their own account settings.

Honestly, if SEGA of JP took over Global in one night and set all platform accounts to the SEGA ID settings that JP has just so they could fix the lack of Parental Controls/Chat Log customization, then I don't think many people would be complaining right about now.

We probably would have the Episode 4 missing content and Screenshot Studio of Hitsugi's room would still be there.

Height probably wouldn't have to had been restricted either.

"We gave you Parental Controls, linked you directly to ESRB/PEGI, oh and we also put in a disclaimer that this a Mature rated game with mature humor/unrated user interactions. It's not our problem anymore, but we can delete the minor's account for you."

They actually can do that for Microsoft/Xbox, but they're just too lazy to think before breaking entire lines of code in the name of "user safety." 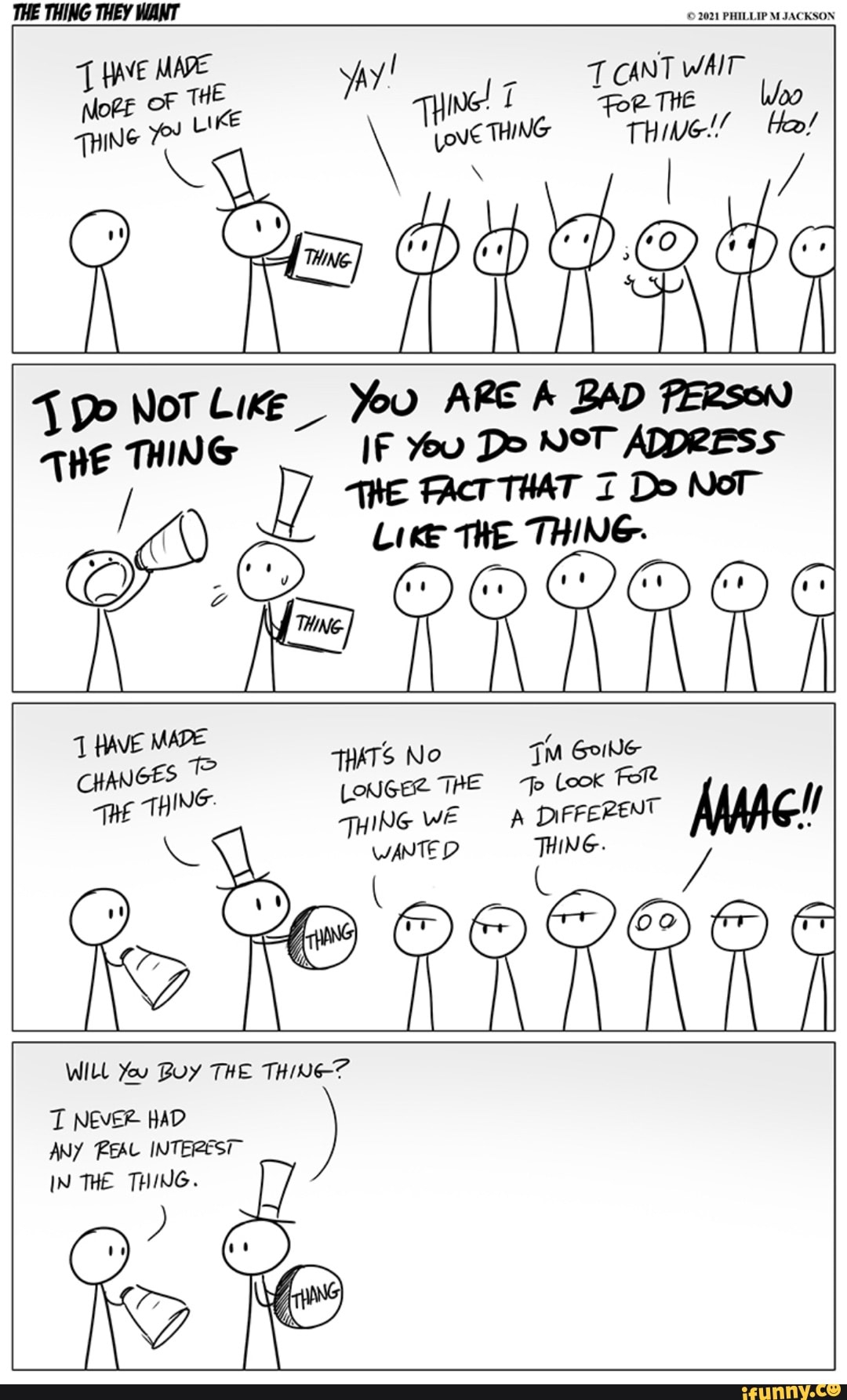 So much has been censored since I was here last...

I brought up the height restriction on the survey hopefullythey actually read those.

So remember how there was a PSO2NGS great troll migration during the Twitch stream-sniping incident?

Yeah, FFXIV just released an update to announce that they're not going to play around anymore.

It pretty much covers everything that's been happening to NGS streamers as well.

Announcements with vague phrases such as "toxic accounts have been suspended" didn't help SEGA's reputation and the trolls really fed into the SEGA made FUD and stirred up the community pot until it was beyond boiling.

Updates to the ToS like the one that FFXIV did are what players want to see and the best part is that it actually doesn't harm the legal aspect of account management at all.

There will always be players who try to skirt around and ruin other people's fun, but it doesn't mean that you can be mean to the legit players by saying "We gave you a small flavor text of what you were flagged for so bugger off and take the arrow to the knee."

This was my favorite read.

Always remember to DM the mods for personal vague descriptions of IRL drama and put details into your report other than leaving it blank.

(Staff are always under NDA for this sort of stuff. You won't get in trouble as long as you're not giving out financial info or addresses.)

SEGA is watching too... hopefully.

Someone with the storage space, and skill, should copy all of this threads info, so that it isn't lost when SEGA eventually wipes these forums from existence, so that when new forums are made, we know the typing pattern of those that constantly trolled, or made slanderous remarks about users that were and still are against the censorship placed on the global version of the game. Also, so that we can make power points of discussions already had, so that we don't circle back to them again, like a broken record

Someone with the storage space, and skill, should copy all of this threads info, so that it isn't lost when SEGA eventually wipes these forums from existence, so that when new forums are made, we know the typing pattern of those that constantly trolled, or made slanderous remarks about users that were and still are against the censorship placed on the global version of the game. Also, so that we can make power points of discussions already had, so that we don't circle back to them again, like a broken record

@Rain-Gnyu Someone else should do it as well so there is no cherry picking, out of context, etc. going on.

This is the "I was right" dance:

And now we know who to forward all our future forum complaints to. Thanks for coming out so easily, Microsoft.

@MasterDarkwingz said in Can we not cut out anymore story scenes and stop it with censorship in general.:

This is the "I was right" dance:

And now we know who to forward all our future forum complaints to. Thanks for coming out so easily, Microsoft.

Thank you for the information

Rain actually being nice and non-tangent? The SEGA-verse of PSO2 must be coming to an end!

Oh, wait... it actually is coming into the partnership of intern level investors within Microsoft who got caught removing content from the original JP version as well as converting the JP version so that they can bury threads like this and pretend like they're actually working on code.

(In which revisions and censorship are not adding code, but removing them as well as impeding the efforts of the JP development team.)

But we've spent easily 150 pages going on and trying to forehead flick this information into SEGA's thick skull for free and on our own time.

So... yeah, welcome, SEGA, to the ever growing competition of needing to meet expectations of a fanbase that Sony (More specifically their Funimation/Crunchyroll "diverse and inclusive" teams) hates with an uncanny passion.

I probably don't even need to mention that Sony's HBO Max is losing profit margins on poorly thought out projects.

Hopefully the concept art we could see from a Global PSO2NGS Art Team will be better than recent HGS events.

Sony + Microsoft + SEGA ...all with their own patches of backlash.

Well, this is PSO2 with robot girls and Gundams, so becoming Mabinogi 2.0 is ypical of the code's age.

Granted, Mabinogi actually had development as of late to improve certain aspects, but it still lacks the developmental effort of FFXIV.

SEGA's budget is larger- even with the pandemic. So... is the problem back to the small team size?

I really can't tell right now, but SEGA has done a great job of walking- but backwards with regards to this thread's censored topics.

Sony better not be making PSO2NGS code babies with Microsoft and SEGA. That'd just be embarrassing. (For everyone involved.)

But at least no WoW plaza wangs could happen because at least the lawyers overthink things to the point of censorship and have a brain.

I don't really play this anymore but I am just gonna point out that with the Microsoft involvement, censorship is never going away. MS/Xbox has far and away the worst censorship polices of the 3 consoles.

I love it, sorry but people need to be protected.

@Rain-Gnyu No they don't. This is an M-Rated game and none of this censorship exists on JP so why do people not need "protection" there but we do here? Are you implying that JP is somehow depraved or are westerners not mature enough?

If anyone under the rated age plays, that is on their parents/guardians to handle.

I've played 2000's era Otome games with artwork better than what Sony pushed out for a censorship patch.

SEGA, your partners are bad at work. Plain and simple.

@Riesz said in Can we not cut out anymore story scenes and stop it with censorship in general.:

@MasterDarkwingz I wish NGS was becoming more like Mabinogi, even though it's pretty dead now, at least there's things to do in it even excluding the main content of the game because of kinds of UGC that were reused in MapleStory 2 (RIP). At least with those even when there's no actual gameplay content being released there's still fun ways to expand upon the game that are more than just Symbol Arts.

But no NGS doesn't even have all the social features that PSO2 had.

And from what I've seen in FFXIV, there's a vast difference in Player EXP longevity compared to PSO2NGS.

For PSO2 it's essentially similar to what I remember from 2014 WoW: Grind dungeons for your EXP and gear.

FFXIV has an actual trade system locked behind the subscription service and is actively working on foiling the RMT bots.

This trading system is necessary for crafting exclusive items and subscription related activities.

Meanwhile, SEGA can't even follow the schedule where bots will teleport across the map doing what RMT bots do: DDOS attempts.

The fact that it's still happening is indicating that major gap in communication that we had with player feedback not cycling around.

Based on the above information, could be why discussions are still ongoing for a FFXIV Xbox version, Microsoft probably want lalafel to be put into bodysuits so that not even a fraction of ankle can be shown, that or force them to be taller than 153cm.

Games player numbers have dropped like flies since the game launched too, it's a massive shame to see it, but most people are just using a VPN and still going onto the Japanese servers as it offers the better experience for all players and doesn't make imo petty changes to stuff that didn't need changing. (cosmetics, no censor and etc)