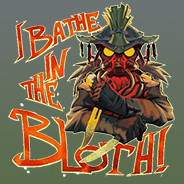 @RikaPSO Is there really any proof that NA are actually speaking to JP on our behalf though? I highly doubt it was Sega JP that censored the global release.

GM Deynger says he does.

My last post here was on page 74 I think.. so 10 pages of talk, is there anything new or has it been the same things over and over again? While I am interested in these kinds of conversations, the amount of repeat conversations isn't what i'm looking for.

Sega refuses to say/do anything, all we can really do is complain.

They have said a lot you guys just not listening!

They have Closed threads and not saying anything is pretty much loud and clear enough. Some people just refuse to accept it. Even if they tried to answer Anyone of those questions asked, some people would just try to confuse, misdirect And manipulate Their answer as an attack on the community with what they believe is improper censorship.

So they have given them this thread to keep them from disrupting real useful community discussion.

Keeping the real trolls under the bridge....

@RainGnyu The threads were closed due to toxic exchange between posters, not because of the topic itself. The GMs enforce the rules of the forum.

Rain, the guy who was protesting and calling for the locking and closing down of these threads way earlier by spamming the GMs is the same guy telling us that these threads were closed because of the topic and people's inability to listen.

Ok buddy. Those threads were closed because trolls and morons in general kept being incredibly disrespectful and calling people names without being called anything themselves to begin with. Also continually threw out bait and acted to derail these threads on purpose. Many of them have been banned.

Sega hasn't said anything officially. The GMs have only said they would relay the feedback. I think they kinda owe us some answers with how ridiculous the censorship has gotten. I don't expect much though especially after seeing politically correct and SJW garbage take over Capcom.

When this thread suggestion topic get to 100 pages, they will say something.

Congratulations on your 100 post I am guessing. Will that be enough to satisfy you guys?

@RainGnyu said in Can we not cut out anymore story scenes and stop it with censorship in general.:

They have Closed threads and not saying anything is pretty much loud and clear enough.

Will you take a hint too? These are all your closed threads. Hilarious when GM referred you as a former forum user. hint hint

He just sounds like a young player with too much freetime, far too invested in saving the internet and videogames from things he personally doesn’t like and has been trying to get this thread locked because it’s once again something he doesn’t like.

Sure we don’t have new information for the thread but new scratches and content are coming and we need to discuss it. I’m still waiting to see if they censor the Santa outfits or not, I’d appreciate if we could have one thread not filled with tantrums over it being made. If you don’t like it then don’t click on it, I’m here because I want to talk about it.

Sure we don’t have new information for the thread but new scratches and content are coming and we need to discuss it. I’m still waiting to see if they censor the Santa outfits or not, I’d appreciate if we could have one thread not filled with tantrums over it being made. If you don’t like it then don’t click on it, I’m here because I want to talk about it.

Thank you, my thoughts exactly!

@HarmlessSyan I will take a wild guess and he asked for links to everything I stated, because that's about half of the threads I was referring to, and something he always does in these situations. He feigns ignorance. That list doesn't include the now since renamed thread he originally and affectionately titled, ( and this is from memeory, and it has been a month or so) how can we change PSO2 in a way that could upset veteran players, or something equating that. He was taking the replies in strides when he got positive feedback from the darker trolling side of the community, then when people started pointing out his inflammatory post, designed to draw the ire of veteran players, he again, does what he always does, pretends that he doesn't know what anyone is talking about, and began backpedaling on the topic, and later renamed it to how can we change PSO2, so that even veteran players don't know what to expect, as he tried to claim that he was constantly being given story spoilers.

If he didn't want spoilers, he shouldn't have come to areas of the forum, that typically give large warnings about said spoilers, and shouldn't be discussing removed or censored plot elements to begin with. That's on him, and nobody else. Personally I think he was caught in the act of being very disingenuous, and trolling, trying to aggravate a major chunk of the original western Phantasy Star fan base, and came up with that lie on the spot to gain sympathy. He immediately lost mine when he pulled that stunt, which was when I blocked him. Given that blocking someone is one sided on these forums, he can likely still see my posts, but I can't see his, so it was funny when you stepped in and linked a good example of the behavior I was talking about.

This right here is why I blocked him as well. He keeps trying to derail the threads, because he doesn't like us discussing that a mature rated game, for whatever reason, before a western release, decided to censor, or outright remove content from the game, to the displeasure of those whom were waiting years for this release. I may not have been one of those players, speaking from a personal perspective, but I know what its like to have waited for something, only to receive a watered down version of it. And I've talked to many about this in game. Even players that don't like lewd outfits or emotes, have stated to me that just because they don't like, or use those types of things, that it doesn't mean that they should be removed, as other players do use them, and they flat out stated that censorship is wrong. See, thats called being reasonable, something that a select few on these forums can't seem to do.

Not to mention there is always this smug sense of moral superiority that people like him out on. Like how we are somehow lesser for wanting to enjoy an M-rated game.

Is japan a 3rd world country? I bet we can all agree on, it is not. Though they don't have these height limits/removed scenes. It's like.... having short characters and having the scenes isn't and never has been be a big deal.

It's a shame this still is a issue here. Really makes me regret moving to NA. I might just got back to jp (AND NOT SPEND ANY MONEY ON) when NGS comes out (it will have at the very least the height restriction too).

I wish I had better suggestions for this game, but they are pretty much make the game like jp, most of the stuff is in our client anyway.

@Liam-J-McAdam said in Can we not cut out anymore story scenes and stop it with censorship in general.:

Not to mention there is always this smug sense of moral superiority that people like him out on. Like how we are somehow lesser for wanting to enjoy an M-rated game.

Nope! Some people like myself don’t want to be subjected to your personal opinion of morality. I like Sega sense of proper perspective entertainment! We both understand the story sequence of events anything else is just a distraction. Don’t get upset because I disagree and vocalize it because it is no different than your own vocalization.