This topic has been deleted. Only users with topic management privileges can see it.
last edited by
G
Guard2Hope

Recommend to GM for the game, pls deleted this ET Rescue Fungi, because now its useless, nobody help us from the outside, or make solution that we can destroy fastest in the inside of cage. Because in the actual, especially with my exp, because me party with random ppl (im in ship 3 and now the people already not too many) so if we do exploration and get that ET, from 9 of 10 ppl will not help the person that get trapped. Pls give reply if there are better solution.

keep in mind one one is obligated to help in any emergency trial, if they don't want to do it they won't do it.

Good lord, I wish I knew whats wrong with you people. Another pointless crybaby-complain-post...

So you want that emergency trial deleted, because you dont like it / arent able to master the situation by yourself? May I suggest you just fight your way out the fungi (

Code Rescue is a somewhat unique occurrence. It's also preceded by a Code Avoid with the Fanghee slowly chasing a player so it's not like a player is spontaneously caught out of nowhere. It takes a lapse of attention for it to happen.

I wouldn't like for it to be removed, it'd reduce the variety of emergency codes.

I typically just run away from it, or zone if on exploration map. Only time it end up catching people is on UQs where they send you to go kill random mobs to gather points on some random planet where you can't zone.

If anything should be removed/not added it should be FATES! No one likes FATES! 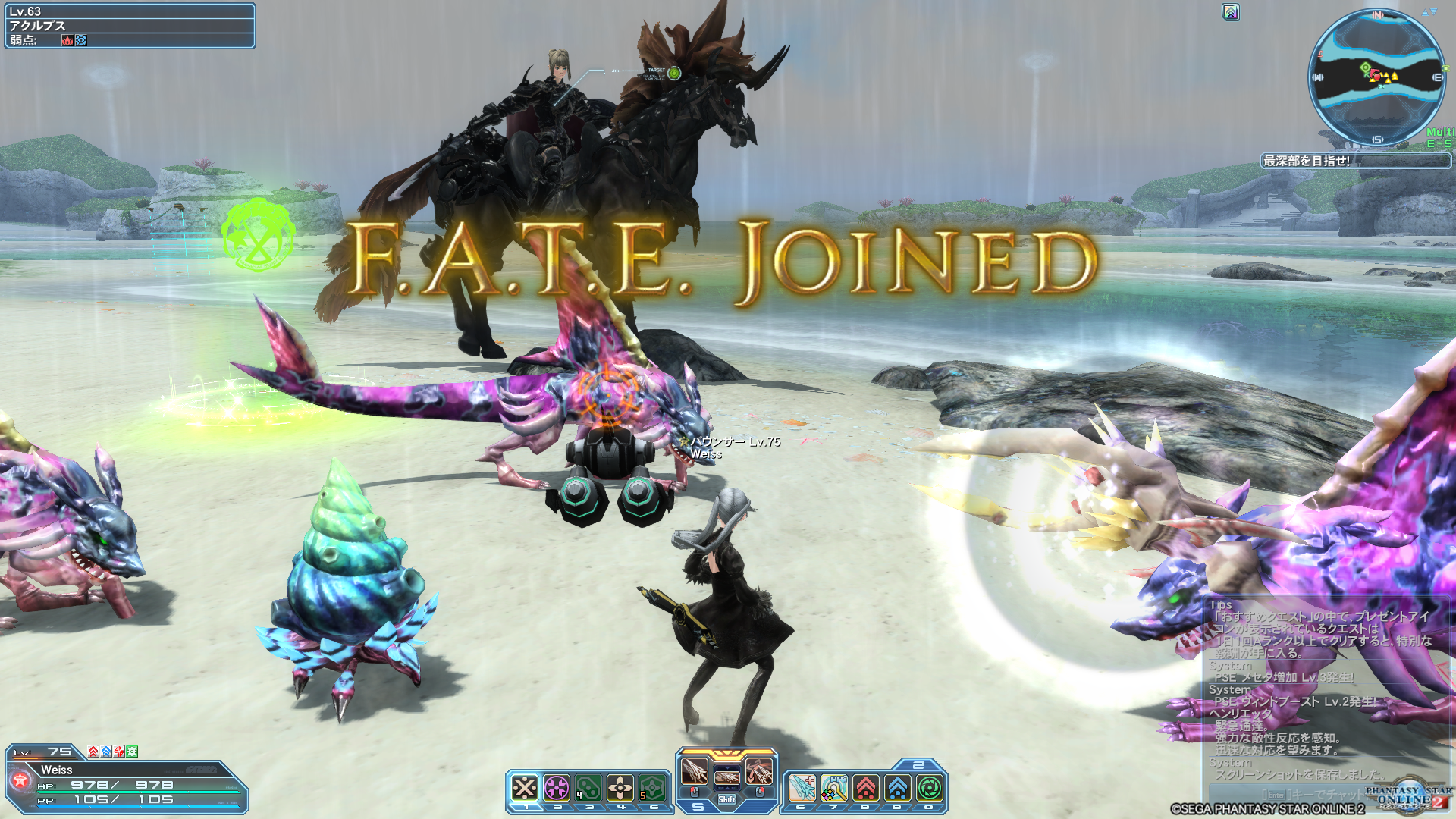 The code rescue is fun.. Its a little annoying sometimes when you have to do the 'Code Avoid' all at the same time you have to fend off a mini boss.

I also find it fun, especially in party situations. It's funny to see a party member get taken and you have to come to their rescue. Don't want it deleted.

Not only that.. Its also part of the anime series.

@HarmlessSyan Every time I think of Odin showing up in PSO2, I imagine him being angry at me for taking his horse in XIV and also for beating the crap out of him in an undersized party to use his boss zone for a photoshoot.

@Guard2Hope One, GM's on here don't decide that stuff in game, they pass information on. Two, I don't agree with your stance here, as I have no issue breaking myself out of those cages, and haven't had an issue since I started playing the game, going all the way back to level one. It's only pit fall is that it's time consuming, but that shouldn't be an issue, as you have time enough to play the game, so you also have time enough to clear the fungi cage. It's not like the thing can't be broken from the inside, because if that were a mechanic of the game, then I could see the issue. But as it is, I don't see the issue here.

Well if it bothers you that much, there is something you can do. Carry telepipes. It's only on map as long as someone else is. Don't want it chasing you? Telepipe out and come back through it. It'll just chase someone else, if there is no one else, then it despawns. This also applies to gel wulffs and probably some other stuff that requires a player to be there to work.

But when it comes to parties anywhere with it, only your party members know where it takes you. Other people have to wait on the lady to shut up long enough to "give" the location and that's only if they been to that part of the map. Otherwise anyone wanting to help will be blindly chasing numbers. And if there is action around the map, then it's a guessing game to figure out which one are your damage numbers. The best thing you can do is use the chat shortcut that gives your location and hope people come by to help you break it.

You should always carry telepipes with you either way, along with moons.