Rumors that Etoile Class will be named to Superstar

This is a rumor thread. There is no actual confirmation on it besides someone possibly making false leaks.

But someone has given a rumor that they have leaked a datamine of quest log that the class Etoile (in JP) will be called Superstar in NA. I personally felt that Scion is a cool name for Successor, but if Etoile does change into Superstar, that's pretty big 2020 Anime betrayal since it'd be SEA's Force turning into Wizard.

Considering how Road map only revealed up to Phantom, so I am quite convinced on how Etoile might actually get called Superstar (with all flashy star looking moves)

Why? What's wrong with Etoile? What's the purpose?

@Zizel said in Rumors that Etoile Class will be named to Superstar:

If it is true, wow, that is... kinda a lame name for it. If they do want to go with a English word instead of the French, why not something like Celestial or Pulsar.

Pulsar is good, I also like Quasar or if they really wanted to keep the star theme, Star Blazer for me is up there. But not "Superstar." lol

lmao unsourced unverified discord rumors sure are the best source of news and information, better rush to take this topic as 100% fact and get super mad about it, everyone.

Almost definitely is just a translation error, of which this game has many. And I've seen things posted elsewhere that point to it still being called Etoile.

@Vashzaron said in Rumors that Etoile Class will be named to Superstar:

and this was something that been repeatedly reported, and never got fix since OBT. That's how much they care .jpg 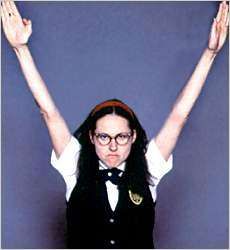 It's not a rumour, it's a datamine. Which rip because you're not supposed to post those here.

But, I wish they keep the name Etoile. When they change names from the original JP, different parts end up referring to the same thing with different names - inconsistency like weak bullet/blight round and I recall a few more going through the story line. Some of the names get romanized into different spellings at different parts.