Is there a fix for screen tearing in 4K mode on normal full screen?

Can you fix screen tearing in normal full screen mode? I have the 4K custom settings for regular full screen. As great as it looks, the screen tearing is absurd. I’ve turned on v sync through the card and that doesn’t fix anything at all.

You have to force an FPS limit within PSO2's Environment Settings on the launcher: 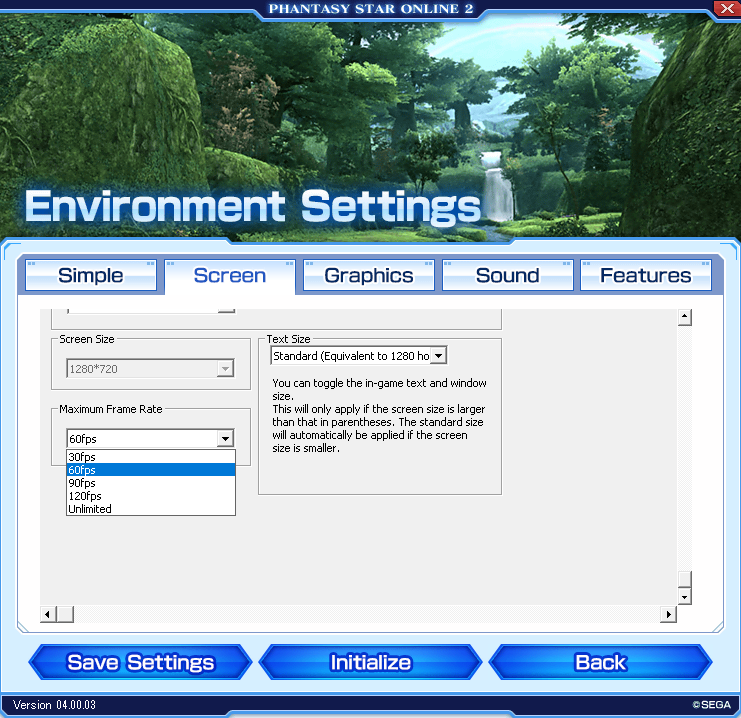 If I recall correctly, using a GPU's control panel doesn't work on PSO2, unless it's to set what GPU is allocated for PSO2. By default, if you have a hybrid intel + any other GPU (AMD/nvidia) your computer will make PSO2 use Intel. Other games won't have this problem, however. This is because Windows thinks PSO2 is a lower end program that doesn't need dedicated graphics. It's been an issue since way back.