This topic has been deleted. Only users with topic management privileges can see it.
last edited by ThousandHammers

This is basically a crosspost from https://forum.pso2.com/topic/5623/seemingly-randomly-dying-to-df-apprentice-zia-with-twin-machineguns ; that subforum seems to be more for trying to troubleshoot third party launchers than it is anything else and as much as I hate to be the person that just reposts their thread in different subforums, I really need to know what's going on here.

The post from the previous thread: @ThousandHammers said in Seemingly randomly dying to DF Apprentice Zia with Twin Machineguns:

I was running story earlier today and trying to get the final missions in Episode 3 cleared when I noticed I would seemingly randomly take damage/die when battling it if I was using Twin Machineguns to inflict Burn.

The most offensive examples are the following clips:

https://clips.twitch.tv/DeadHelplessElkKappaClaus (I recognize I died to an AoE during this one, but I still took ghost hits before the lethal hit)

https://clips.twitch.tv/FlaccidPrettyLEDRalpherZ (This one shows a damage number at a spot where I was at with a Machinegun equipped but long after I had left)

https://clips.twitch.tv/ObliviousSmellyMosquitoPRChase (This is the most offensive one)

Can anybody smarter than me fill me in on what's going on here? Everyone I showed this to is saying it's "lag" or some kind of reflect mechanic, but these do not look like server latency in most cases - usually you get hit and flinch, then take the damage later if you're lagging. Here I just take the hit and the damage number is either missing entirely, or disjointed from my position as I'm flinching and dying.

I intend to start playing Gunner as well and I'd like to know if this is consistent with all kinds of hitboxes so I don't make a fool out of myself.

Of note that I forgot to mention is that I primarily play Ranger/Summoner, so I do not normally have access to Twin Machineguns. I have also cleared the quest since posting this. Rifle behaved as expected, it was only when I had my random Burn 1 Sigma TMG equipped that this would happen.

This seems to be happening on my end as well.

Details of the bug:

Weapon swapping while one of the homing projectiles shot by Apprentice are anywhere on the field seems to mess with your player location and/or enemy attack hitboxes causing most enemy attacks to hit you no matter where you are standing. I'm spamming weapon swaps in the video but the effect seems to linger even if you weapon swap like 20 seconds beforehand while the projectiles are spawned, seems to stop completely as soon as all of them are gone.

The weapon you swap to most likely doesn't matter, it happened to any weapon I swapped to. 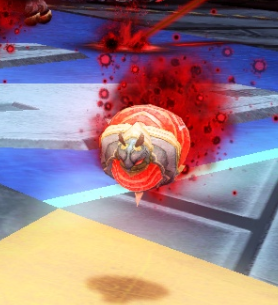 Side note: This also seems to be happening on the JP servers.

Huh, gonna test this on my Summoner later then to see what happens with pet swapping with same takt to see if that shows any clear issues as well then for pets or something just to dig a lil deeper.

And yeah, recreated it on my Techer on JP.

EDIT: I would imagine this is a bug that was left unfixed as you're SUPPOSED to do this in the AIS which has no weapon swapping. Unfortunately, on NA, the AIS is underleveled (dashing slash seems to do about 50% more damage on JP from what I recall -- will reverify in a bit)

This doesn't seem to replicate on using pet swapping while using the same harmonizer. Does replicate with different harmonizers. Testing AIS stuff now just as a bonus thing, will probably make another thread on that though as to not derail this one. (EDIT: Confirmed, making new thread) (EDIT again: Nevermind, this isn't a bug. Didn't even need to post it. JP AIS just does more damage because higher level cap but Apprentice has the same HP as she did in EP3, and the AIS does the same damage as it did in EP3, so everything right now is intended in that quest, other than the bug in this thread.)