This topic has been deleted. Only users with topic management privileges can see it.
last edited by GoldBird8956276
G
GoldBird8956276

I strongly believe that there is an augment bug from one of the following augmentations:

However, I STRONGLY BELIEVE that the problems lies in Precision Boost if everybody else is using Apprentice Soul, Precision III, Arks Fever just fine.

I upslotted my Circaray Arm unit from the default one that came from the rising badge 2 shop ( 3 slots to 4 slots) and changed the augments as well. However, I noticed right after during a Mag UQ run, that I went down from avg 10k dmg to 6k dmg? This was weird, but people on discord were quick to dismiss it as another problem that could have caused less damage and not the changed unit. However, nothing else has changed except that one unit that I touched. The weapon I was using the same, same classes/subclasses, same other units/rings, same movement I was doing during usual Mag runs.

Please check this out whenever your time is available!

Works fine for me https://www.youtube.com/watch?v=dBnc1HejbY8&feature=youtu.be 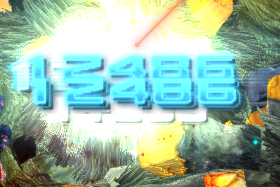