Re run scratch that was released before PC?

Wow, you act all high and mighty criticizing all PC gamers for a phrase that a vocal minority of edgy dude gamer bros use and act just like them. I think that's called hypocrisy.

@Grave-Knight nope not my fault my game isnt busted

@GM-Bleed maybe if yall actually fixed your game:) but thats none of my business:) #sorrynotsorry #pclaunchwasafail

Choppy and sloppy? That was fixed on the June 10th maintenance. The only issues afflicting the game currently are caused by Microsoft Store and its process of deleting your game for no good reason. This has been remedied by a well known 3rd party launcher, however. Just thought you should know this. The problems being encountered aren't the game, it's cause by Microsoft.

Our team is working hard to fix everything the PC version is experiencing. We understand that PC players had a rough start and for that, we apologize. But we guarantee you that all of these issues will eventually get fixed and everybody in the community will enjoy the game even more.

@GM-Bleed yeah ill believe that the day you guys actually learn to put proper news out.

Not a lie. Worked for me. Worked for my team. Worked for everyone that properly followed the installation instructions. Sorry you don't want to believe it and think of MS as your golden gods, but the truth is MS is the ones causing these issues, and 3rd party people that have worked with this since CBT of the JP version back in 2012 have remedied such issues.

@Silver Honestly, at this point it's best to let him dig the rest of the way down himself.

That being said, I'd love if the Suit Jacket set came back. I can barely find anything for it but it looks so cool giving me like really strong Psychopass vibes.

@Grave-Knight said in Re run scratch that was released before PC?:

That being said, I'd love if the Suit Jacket set came back. I can barely find anything for it but it looks so cool giving me like really strong Psychopass vibes.

For me it's the baseball hat accessory. I love it and want it.

@Silver Oh? What scratch was that in? Or was it from one of the Fun Scratches? I'm trying to look for it in the fandom directory can't seem to find it.

NOTE: The PSO2 Closed Beta test is only available to players in the United States and Canada. You can register for early sign-up on Windows 10, but the Closed Beta is exclusive to Xbox One.

If you want to obsess over this quote, thanks for telling everyone Windows 10 deserves compensation because we didn't get that early sign-up and had to wait 5 weeks after launch. I have a suggestion for compensation... bringing content that was released prior to PC back for a brief re-run. How fitting that'd be!

@John-Paul-RAGE said in Re run scratch that was released before PC?:

It took over a year I believe for Destiny 2 PS4 exclusives to be available to everyone else, it really isn't a big deal.

Are you talking about map packs that were advertised as something like "First on PS4, available elsewhere in 12 months!" Because if so PSO2 has not done this. The best we've seen is a note to pass on the request.

@GM-Bleed if you ever do receive confirmation they'll bring all the pre-PC stuff back within a year (Dreamcast and all), please announce that in a blog or an announcement like this one because I could endure waiting a reasonable time and will immediately spend more on this game knowing my optimal look isn't lost to me forever. And just look at the comments in this topic - I am far from alone on this!

All that said, if there are already plans to do so that you can't talk about (especially if it's for beta campaign content!) then I'm sure everyone will be happy to wait until all the PC issues are fixed first so none of us continue to be left behind.

Found it, it's the Lady Cap from "Urban Lifestyle" Scratch. 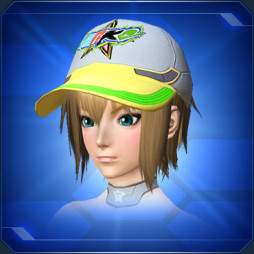