Hello! I'm a long time pso2 player, i've actually been playing since the JP beta in 2012. And for about as long as i can remember, i've always had my character dressed up in the ARKS trainee uniform!

anyway, i've just noticed this advertisement on the NA main page, with a character wearing a mysterious grey version of this outfit. here is the image

my question is, is this outfit available? or will it be in the future? i've always, ALWAYS wanted it! its used by several characters in the campaign, such as ulc wearing it here.

but as far as i can tell, its never been available to players. will it be available in the NA version of the game? i've considered leaving the game several times, due to the ARKS uniform only being available during the xbox beta (i don't own an xbox so there was no way for me to obtain the uniform) but if theres the possibility of having the grey variant of this uniform in NA, that would possibly entice me to leave the JP version of the game and never look back~

i really hope someone has more information about this uniform!

There was another thread about this, but it looks like it wasn't answered by GMs: https://forum.pso2.com/topic/2284/arks-trainee-scratch/

@coldreactive i'm happy to see other people are as concerned about this as i am!

It was a fresh finds item on day one of open beta.

whoops sorry, this is specifically about the grey variant, which is not present in either NA or JP versions of the game

If it's being worn by a featured NPC (Ulc?) then I would expect it to turn up in the missions pass gold rewards. There've been others (Sara, Echo, Azanmi, Quna - sorry only noticed Female outfits) so it wouldn't surprise me if it turns up there at some point.

i've actually looked more into this, there are apparently color variants of all the default outfits in the game (episode 1 stuff) that are completely unavailable to players, usable only by NPCS. some of which are in the game data, which have never been worn by NPCs. and exist only to make me upset i guess.

so unless the NA game starts giving out these variants in their FOMO shop, i doubt they'll ever see the light of day in either NA or JP. 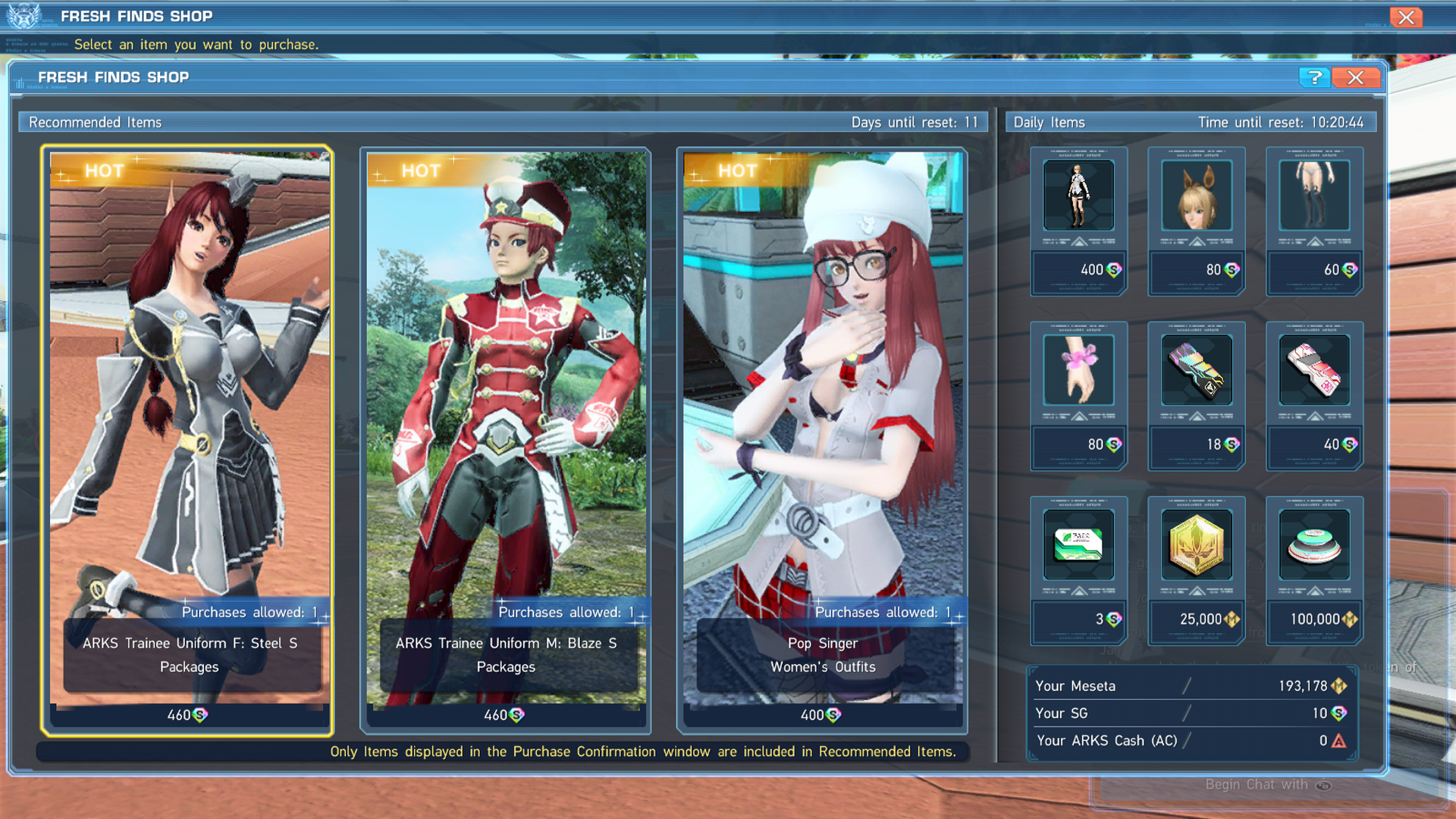 OHHHH so it was the grey one.

I'm amazed there's someone in the same boat as me? I love the basic arks outfit and have been locked out cause I didn't have an xbox... pls sega bring it back for pc users! hear our crys!

WAIT! I don't have this as a Scratch option!

@HeavensApathy thats what we are asking for! this was availible in the beta only, despite it being the primary ARKS uniform, you had to own an xbox to have the opportunity to buy it...