This topic has been deleted. Only users with topic management privileges can see it.
last edited by
Y
YourLight3133

Pso2 only using cpu for physx causing me to lag when there are lots of effects on screen how do I changed it to my gpu, I've tried nvidia control panel settings nothing works any tips or suggestions would be appreciated

FFXIV doesn't use the GPU for shadows either. It's common for parts of it to not use the GPU.

The only option is to use the appropriate control panel (AMD/NVIDIA) to tell the GPU to not have PSO2 use the onboard graphics. By default, 3D Settings in both AMD/NVIDIA are set to "auto select." You should change this to use the dedicated card instead: 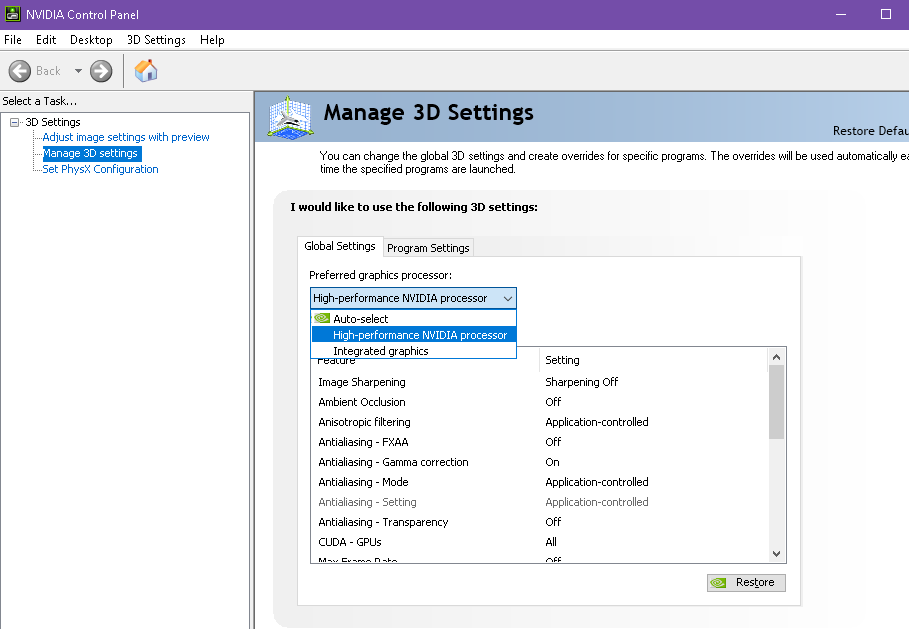 You may need to restart the computer after doing this change.