The "Persona" angle is crap... (Spoilers)

Well while I wait for PSO2 to reinstall due to a failed attempt at fixing the lobby issue, might as well go on a little rant. Persona is the reason I pretty much hate the story of this game. But not because it was a bad idea, because it was implemented poorly and is an insult to you, the player. In case you don't know, Persona is you from an alternate timeline where Matoi dies, as seen in Episode 3. This might be fine on it's own, if a little annoying, if this weren't an MMO. Your character is your own, you build their personality, motives, actions, etc yourself. This is why we don't get many dialogue options. But the ones we do, force us down a specific mindset, potentially going against our character. So the story goes from "build your characters personality" to "oh well now they're like this regardless". That's insulting to you and your character, but then they decide "oh well now your character has a timeline where they're a Falz and yada yada yada", that's where I draw the line.

BUT, Persona's alternate-timeline concept isn't a bad one. Here's how it should have been done in my opinion. Persona isn't you, it's Zeno from another timeline. In this timeline Matoi becomes the Profound Darkness, kills the player and Zeno in a fit of rage kills Matoi/Profound. He then absorbs some of the energy from PD and becomes Persona and does what the canon one does, goes back in time to kill Matoi, but not to end her suffering, to save your character. This plays into his "a mentor looks out for his students" mentality perfectly. This Zeno is at arms with your character the same way and pretty much acts the same way throughout the story, he just says different things. Your character will still be forced to adopt a certain mentality, but at least they don't spit on it with the Persona angle. At least this way there isn't a version of you out there serving as some sort of villain/anti-hero. Also I like Zeno, this would force him to be more active in the story as well.

Anyway these are just my thoughts on the matter.

it would fit better as Zeno. they didnt even bother to make a female version of the Persona Dark Falz model, even knowing that at least half the player characters will be female. and the voice too.

I dont reject the fact that tragedy can change just about anyone, but they were very lazy with the implementation.

Who knows what the original intent was really with Persona, it might've even been Zeno initially because we know such things as originally Matoi was supposed to be a paraplegic side character (explains why all you do is visit her at the medical center in EP1) 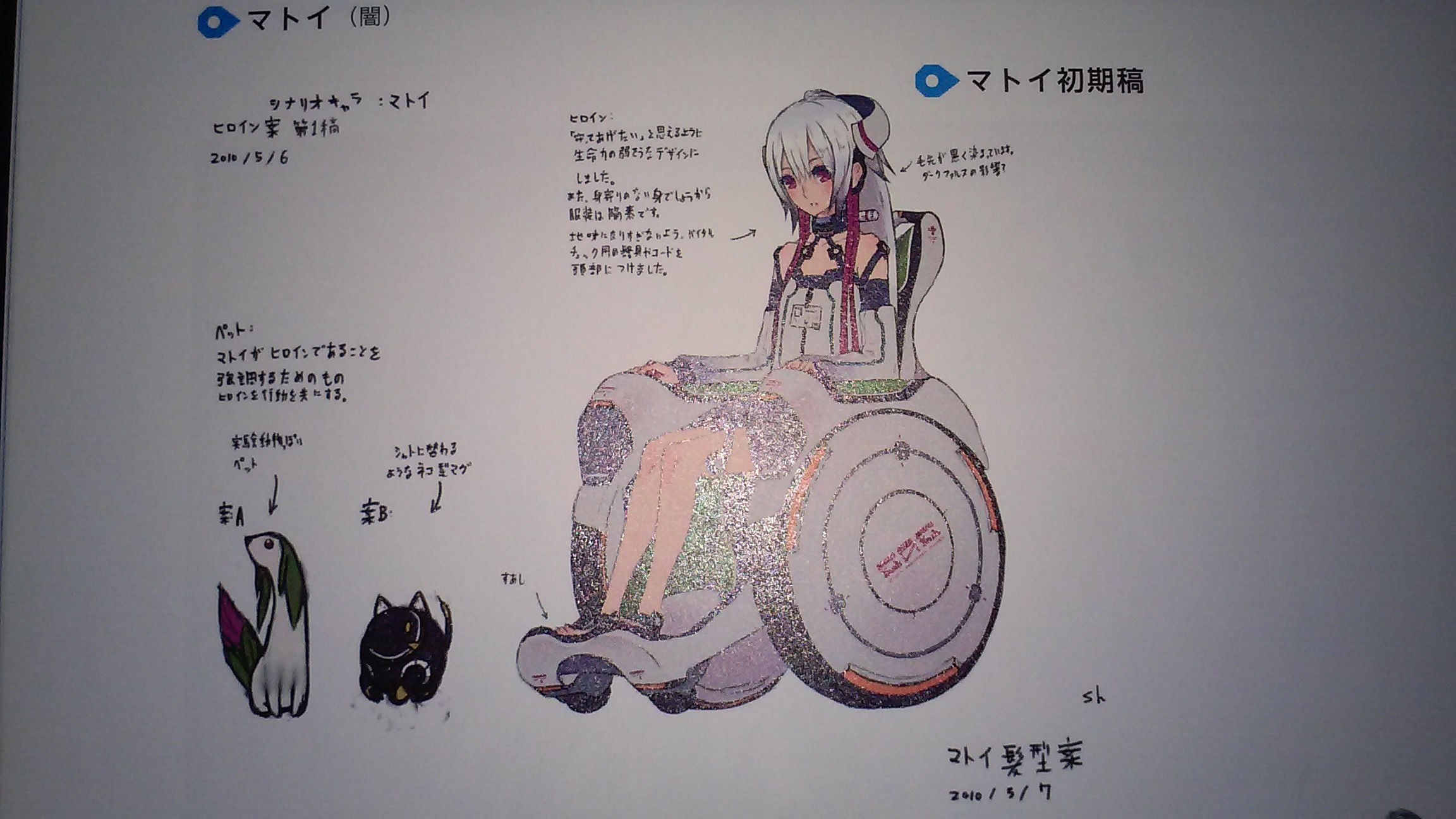 I... did not know that. Kinda wish she had stayed that way.

Another thing I know is Quna was supposed to be the main Heroine but relevance got swapped with Matoi. I feel that change probably greatly affected whatever plans they had for Persona initially but who knows.

Given how it parallels the Hadred arc (becoming a force of destruction to protect a loved one), I'm not so sure the Persona twist wasn't planned from the start.

The only thing it calls into question for me is why would Persona intervene to save Elder from Maria and her Cosmogenic Arm on Naverius. The only reason I could come up with is that in Persona's timeline, Elder was defeated on Naverius and consumed by Gemini a la Luther. In keeping Elder active, they hoped to delay the Profound Darkness long enough to kill Matoi.

To be honest, I've been clawing at the idea of the player character becoming the vessel for Dark Falz since PSO1. They were always just thrown aside as a side character in favor of some mindless loser whose personality was all over the place, awkwardly, or had no personality, at all. coughepisode4coughshitsugicough. Instead of an alternate timeline, Persona's presence should be considered an inevitability for the player character, that they would become Dark Falz.

There's some rumors that instead of Luther, Casra was planned to be the antagonist. That scene where he stays behind with Zeno while you, Echo and Melfonseana run away... after Elder's unleashed Casra's the only one to come back alive. What would have happened is that Casra would have backstabbed Zeno and left him for dead the moment you were gone. What his motivations were going to be is unknown but Quna answering to Casra and originally being planned as the main heroine paints for a very unique character arc for her had she gone through with it.

Amongst other prototype story changes, apparently Katori was planned to be Jean's daughter and dialogue indicating this did make it to the game after it had been removed (albeit removed in a later patch).

Lastly since we keep on bringing up Quna... acquantance of mine who's datamined all the old PSO2 clients brought up that in the Japanese beta, in the section where her name would be in the final version is a name for an unused character; "Lucas".

Yah but some of our characters would never make actions that would lead to that result. That's my problem with the whole thing.

You don't write your character's story, SEGA does.

Which would be fine if this weren't an MMO. At least in Episode 3 of PSU they allowed some manner of choice here and there which could actually affect things.

It's just not that type of game. At least in PSO2 your character is the protagonist.

Maybe but I'm allowed to have an opinion all the same.

@Hatsodoom said in The "Persona" angle is crap... (Spoilers):

Yah but some of our characters would never make actions that would lead to that result. That's my problem with the whole thing.

My main would make the choices that he does in the story. My alts are CAST that's one part Spock and one part Deadpool and a Newman that enjoys the feeling of PSE on borderline NSFW levels.

Lastly since we keep on bringing up Quna... acquantance of mine who's datamined all the old PSO2 clients brought up that in the Japanese beta, in the section where her name would be in the final version is a name for an unused character; "Lucas".

This actually jives well with the fact that there's a male version of Quna's Zelsius outfit. I don't remember ever seeing it in the game properly, but it was an alternate Mission Pass reward, if you didn't pick the Quna version.