This topic has been deleted. Only users with topic management privileges can see it.
last edited by Vashzaron

@alasondria said in Re do the NA localized translations:

To me these instances in specific show whatever they used to translate leaves them blind to how it will be formatted in game (forced line breaks by the game with manual ones) and no care to double check it looking nice in game was a thing.

Oh hey the other thing I was talking about, bosses sometimes get powered up shown by titles / prefixes which are attached before their original name like this in Japanese but missing a space in English is just ugly.

@CFR said in Re do the NA localized translations:

Tbh the amount of engrish in this localization reminds me of Explodemon- which had engrish on purpose as a joke.

As someone who worked on the fan patch (back in the day), I'm not too upset that they have a lot of these formatting errata. What bothers me is that I know exactly how to fix them, and how easy it is to do so.

The issue is that the text is just in a plain old document. Probably a .csv or similar (that's how we organized it). It is often difficult/impossible to know how it will look in game until you actually put the text in the game. That said, most of the issues require a very simple fix.

Take the prefix boss issue, for example. The localization team would just see a field and they would input the appropriate English. The issue is that these prefixes were all kanji in the JP version, and there's no reason to provide a space when using Japanese font systems. The fix, however, is extremely easy. Instead of the text field reading "Vain Husk" it should be "Vain Husk " or even "Vain Husk: " if you want a colon in there. the same applies to the spacing of planet/area names, etc.

@CFR What a thorough post, thank you for these examples! I'm in total agreement and I'm glad to see many others taking the chances they can to offer these criticisms.

They're workable, but they are far from perfect.

If anyone needed another example of terrible translations.

The translations are awful and there are typos all over the place. Nobody spell checked anything before putting the game live. They changed the personalities of the characters by giving some of them funny accents/phrases (Afin specifically comes to mind). It's clear they wanted to be creative but put minimal effort into actually translating it.

"Yourslef" reminds me of that one time in Homestar Runner's Sbemails that they said "HIMSLEF" - http://www.hrwiki.org/wiki/pizzaz

But yes, that word needs to be changed to "yourself." Otherwise the rest of it is completely fine.

Yeah, this should say...

Boosts your Talis' Throw Speed. Can only be used while Main Class is Force. 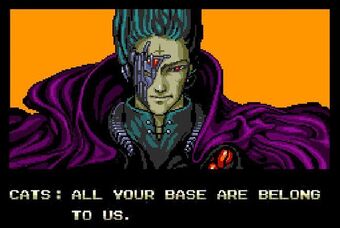 Truly none here are from the generation that lived through this, and ate it up.

Easy to understand is one thing. There is still no good excuse for constant inconsistency with the Text boxes.random capitalization. Random misspelling of words- or the wrong word altogether.. such as the emergency to suppress the fleeing rappies as part of the VR mission is mistranslated as feeling rappies despite the intercom girl being correct and saying fleeing right before it. There are so so so many examples of typos and lazy translation. You can understand its meaning sure- but some parts really do feel machine translated. Someone was taking a lot of shortcuts.

Yeah, the translations are pretty unacceptable for a professional product. It definitely felt like things were rushed. Like I understand that perhaps things were tricky due to the pandemic, but it eventually needs another pass.

Here's an idea: stop hiring cheap 3rd party services to get things done. Instead hire well known professionals (people) to do this kind of work, and do a thorough job. Geez, why do I have to keep telling you corporate imbeciles to use your common sense? Or perhaps you ignore common sense to save money, or don't have any, or simply don't care. Sorry, but the rest of us do care; and your poor service makes you look bad as a business. You want to save money? Get it right the first time.