How much have you spent so far in game

@LapisWave said in How much have you spent so far in game:

@Meta77 said in How much have you spent so far in game:

But for those actually in game committed how much have you spent? For me myself i am sitting around $280

I am at the point where I actually want to tell the developers to stop releasing AC scratch every week and go back to biweekly or month. Because my money doesn't stack that much to pay even if I make a lot considering COVID19 PAUSE is now ending soon, while paying for utilities will return.

I forget how many times japan does it. I know a lot of mine came from live streams. The items i want most are the sonic set statues, the band set drums, guitar, etc. And 2 beds and a spa and some wall posters to make it look like it does on the jp server cause atm that rock bear staring at me is just not cutting it lol

I spent $30 on the Ragol Edition. I'm going to get a few Mags and then 'maybe' keep premium. I don't like that the Mission Pass Gold items aren't salable, so I'll pass on that next time until they have an item I really want. I might go either/or with premium and scratch tickets on a per month basis. I'm looking at this game like a $15 subscription fee, which is fine for me.

@Eguzky said in How much have you spent so far in game:

$0, because I refuse to spend money in games that paygate basic concepts, like item trading with friends.

It's all done because 'No one HAS to pay, we just encourage them to' mentality means they lock away everything useful for 'encouragement'.

Or they invent problems and sell the solutions (FO76 has durability, and sells you repair kits). PSO2 has a laughably-small inventory, then sells you inventory boosters. Or TEMPORARY storage boosters.

When a game tries to strong arm me with under-handed tactics, no matter how much I enjoy the game (And I do enjoy PSO2), I refuse to spend a cent. If they were just a hair less greedy, I'd buy a 30 day premium pass.

But take away basic item trading, and lock Alliance storage behind 10,000 points AND a paywall, and I won't give the devs one red cent.

Yah... but original PSO only had an inventory space of 30. PSO2 has nearly double of that.

Nothing! I'm still salty about the rocky launch waiting a bit since I just bought Monster Hunter (World + DLC).

When I do start to spend, I'll buy extra stat mags and 1 more skill tree to run Fury Stance on my hunter main. Guard Stance is amazing for bossing but in general combat where I'm not getting hit very much it's a hassle to keep up the DPS buff.

I might buy the mission pass and maybe something from the stargem shop but it's all pretty expensive and doesn't feel very rewarding, especially since there's already a monthly premium. Like, this game is 8 years old. Maybe 8 years ago it was worth a $15 monthly subscription and a $10 monthly mission pass blahblahblah and $20 for a tradable-on-the-JP-client-but-not-in-NA stargem outfit but I dunno I'm not really feeling it yet.

Maybe 8 years ago it was worth a $15 monthly subscription

Yep, just like the hundreds of people who still play Final Fantasy XI.

@coldreactive said in How much have you spent so far in game:

Maybe 8 years ago it was worth a $15 monthly subscription

Yep, just like the hundreds of people who still play Final Fantasy XI.

I think I'd be sufficiently happy if the monthly subscription auto-enabled the mission pass.

I think I'd be sufficiently happy if the monthly subscription auto-enabled the mission pass. 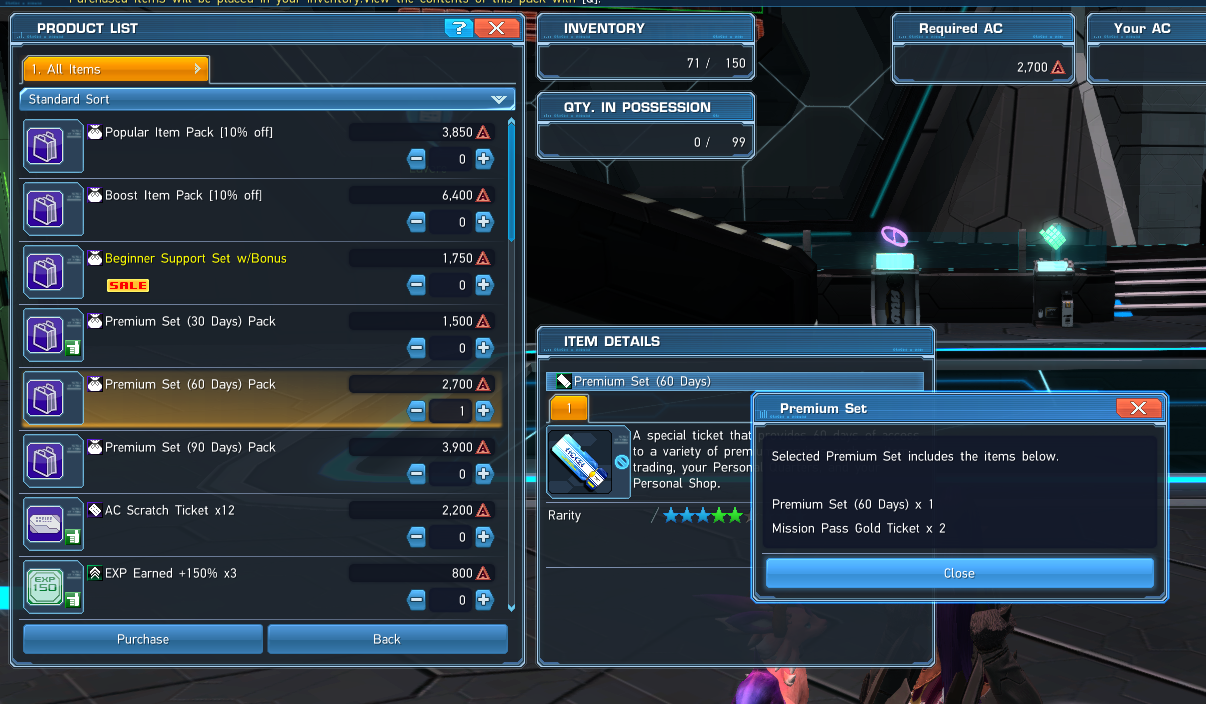 So in a sense, it does. The Gold Tickets don't expire either, so you can shove them in your storage until you need them: 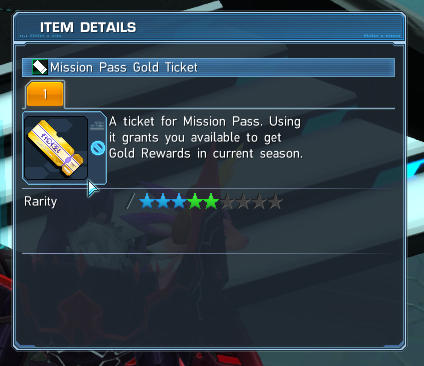 You only need to use one, once per season. As it will not expire until the season is over.

$280? Jeezes! I've only spent enough to buy 5 inventory expansions and a skill tree. Though I do have a little bit of AC left over for at least a scratch ticket. Though I do wish they would increase inventory by 50 slots. With how much free promo stuff they throw at us the base 50 just isn't enough space. 100 slots is much more comfortable.

Er, that being said when they add an AC Scratch with stuff I want in it I'll probably buy some, a shop ticket, and probably get the last 50 slots. So it'll probably end up being around $75 in total. Who knows about the future though.

So far i'm just at 30$. Spent to fix up my character a little and got premium + beginner's pack.

I'd actually spend on Ac scratch but at 2$ a pop i could never see myself going all in to get a fashion set i want. i'd probably spend to make the meseta to buy an must have outfit outright instead. the drop pools are just WAY too large to dolphin for anything.

Probably around $100. I've bought the Ragol pack twice because I'm buying premium anyway and it seems like a good deal. Besides that, I've spent about$40 here and there for things like inventory expansions, extra skill trees and an extra mag.

In the future, in addition to premium, I'll likely buy some more skill trees, a 4th character and max out all character's inventory space. I don't feel too tempted to buy any AC searched outside of the Ragol pack because I think they're overpriced considering you have no idea what you'll get. I have a ton of meseta and would rather just buy the cosmetics that way. I could be tempted to direct purchase certain items if SG weren't so ridiculously expensive.

Personally, I still can't believe I'm actually playing an official NA release of PSO2 after so many years and its already my favorite game in a very, very long time. With that in mind I don't mind spending money on the game at all and will continue to do so as long as it's well-supported.

Nothing yet. I plan to once the store issues are fixed. So far there's been a lot of issues going on with ark cash not going through. Once everything is better i'll get a sub for sure, and maybe a few other things here and there.

Nothing and been playing on XBox for a couple of months. I want to buy AC but being in the UK it's complicated. Still trying to pluck up the courage to try but for all those that are successful there are others that can't add the cash.