The beta so far has been great! I have run into just a few minimal issues. One of those issues is text.

Am I the only one who has noticed a handful of typos and issues related to text display while playing? I have noticed some text cut off in descriptions of client orders and items, as well as typos. Now normally a typo or 2 wouldn't be a big deal as long we can still understand what is being said. But I have noticed much more than a few. with some of them causing the sentence to make no sense. This is a closed beta, so I am wondering, are these issues worth reporting at the moment? I ask because perhaps they are all known issues and will be fixed with an update before the final release. If that's the case, great! If not, I'll try to be helpful here.

In case these are not known issues, here are some examples of the things I have noticed.

Some photos of the above mentioned things.

Urgent Quest announcement random missing word: The top should say, "We are currently preparing a large-scale operation for all ARKS ops to fight in Lilipa - Underground Shafts. 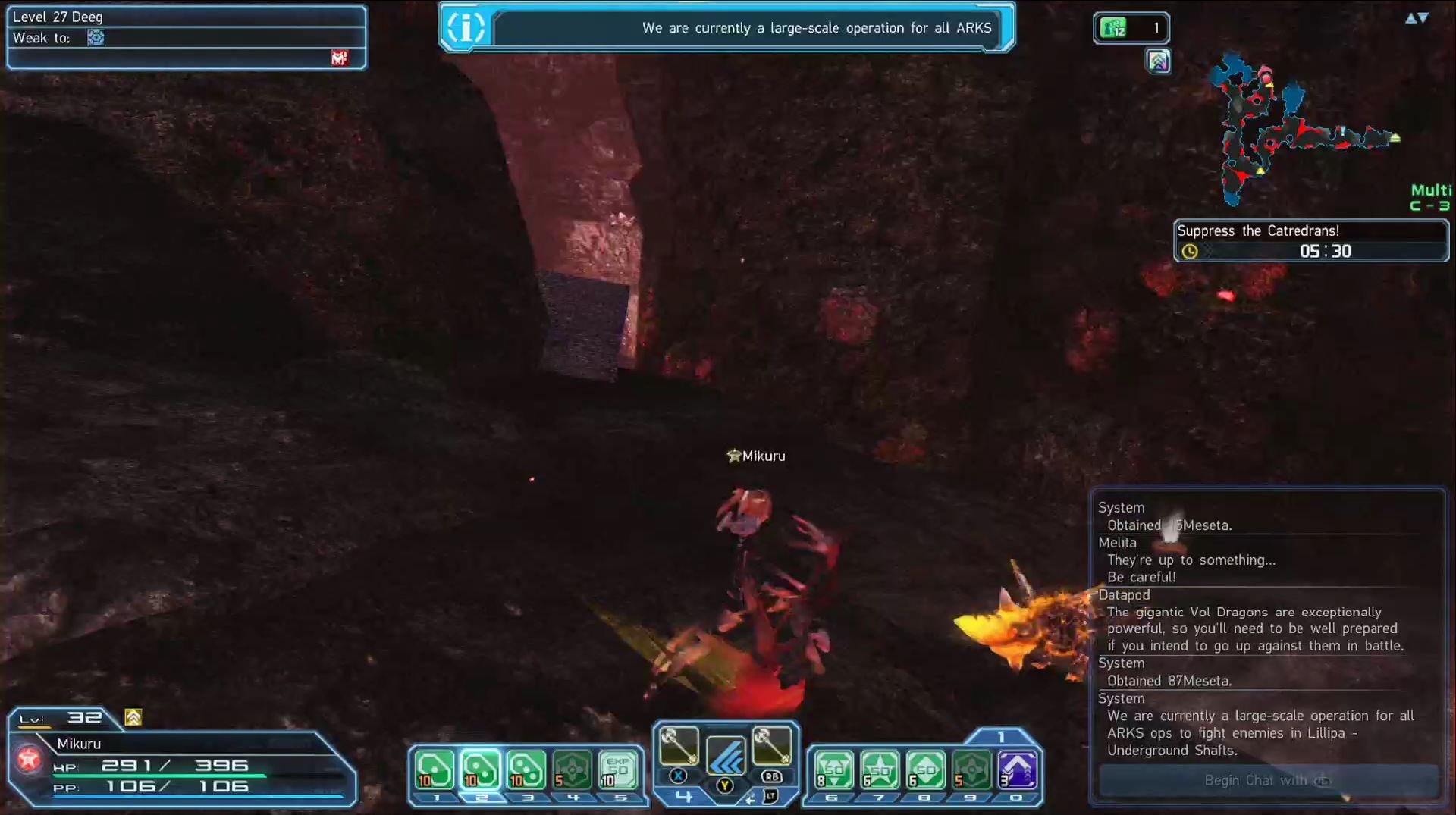 Cofy says my name twice and there is no space between the "Mikuru" and "I". 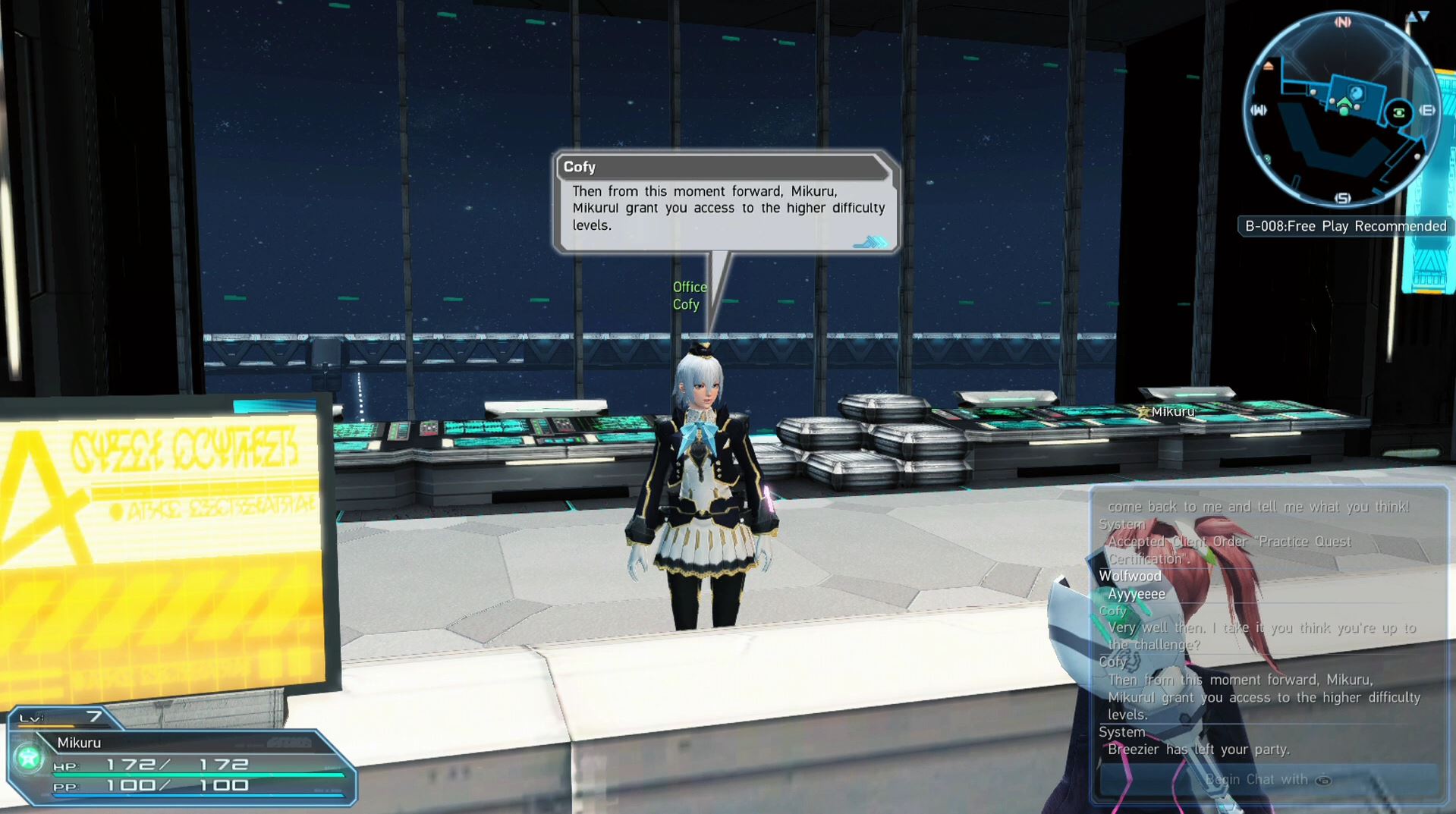 Unfortuately, these are the only screenshots I have for the moment.

Because errors in text are very small, tedious, and potentially abundant, I figured to report these, it might be best to funnel it all into one thread. That way there isn't a new thread for every mistake someone notices. If you just snap a quick screenshot and post it in here whenever you have time, it might might make it a lot easier to crack down on everything and for the staff to keep track of. Make sure to take note of the context such as the NPC you were talking to or the description you saw it in, and include the context here when posting it. To the GMs, if you would prefer a separate thread of every case, or if these issues are known and do have a fix already please say something!

Otherwise, thank you SEGA for bringing this game to America! It has already brought myself and some friends back together after a long while. Look forward to everything to come.

There is a client order for Jan, about setting up auto chat, the text description doesn't fit in the allotted space. Made it hard to figure out what he wanted, when I went back to do the CO. There were several other instances of text not fitting in the little oval boxes, but mostly everything was good.

I saw a few of these playing. The one I can recall better is one of the Client Orders for Jan. He said my name but there was a space missing and so on.

There is a client order for Jan, about setting up auto chat, the text description doesn't fit in the allotted space. Made it hard to figure out what he wanted, when I went back to do the CO. There were several other instances of text not fitting in the little oval boxes, but mostly everything was good.

Yeah I had that issue with Jan as well. The client order I saw had text cut off of the top and the bottom so I could only see half of every word.

Certain fields in CO descriptions are hard-coded to allow at most one line of text, so, they'll just need to edit those down to fit.

I had an issue where some of the NPC's were Japanese and some were English. I logged out and restarted the game it loaded everybody just fine. I did have the map cutoff for me. I notice yours' is displaying the second half of the coordinates. Mine wouldn't but everything else seemed to fit just fine.

Maybe this is just me, and this isn't much of a typo, but I feel like the tekker's options should say "Identify Items" and "Enhanced Identification". But it says, "Appraise items" and "Enhanced Appraisal". Isn't appraisal the wrong word for this? Appraisal is more of an opinion based on assessment isnt it? Is she deciding what the weapon will be? 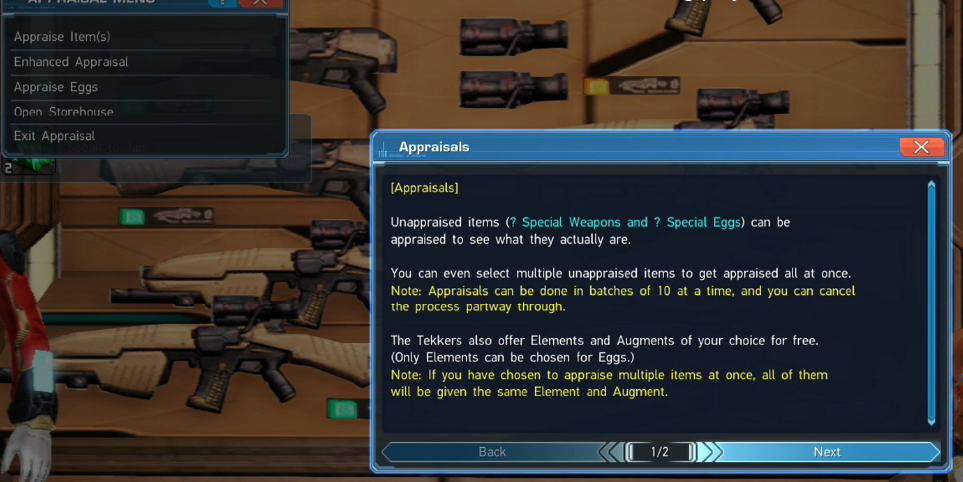 So I imagine the description saying something more like this.

"Unknown items (? Special Weapons and ? Special Eggs) can be identified to see what they actually are.

You can even select multiple unknown items to be identified all at once. Note: Item identification can be done in batches of 10 at a time, and you can cancel the process partway through" and so on.

Appraisal is fine in this context.

So I noticed something just today. The 1st and 3rd menu options in Quest Info look like they may have been translated out of context or something. Neither of them clearly communicate what selecting these options actually does.

First should be "Current Quest" Or at the very least "Accepted Quest". Selecting this will show you information about the quest you are currently in. The way it reads now, with quests being plural, makes it look like it's going to show you all of the quests you've accepted or something along those lines.

Third on the list should be "Abandon Quest". Selecting this will abandon the quest. Similar to the first, it sounds like its going to list all the quests you've abandoned.

Perhaps there was a mix up between quests and client orders or something. 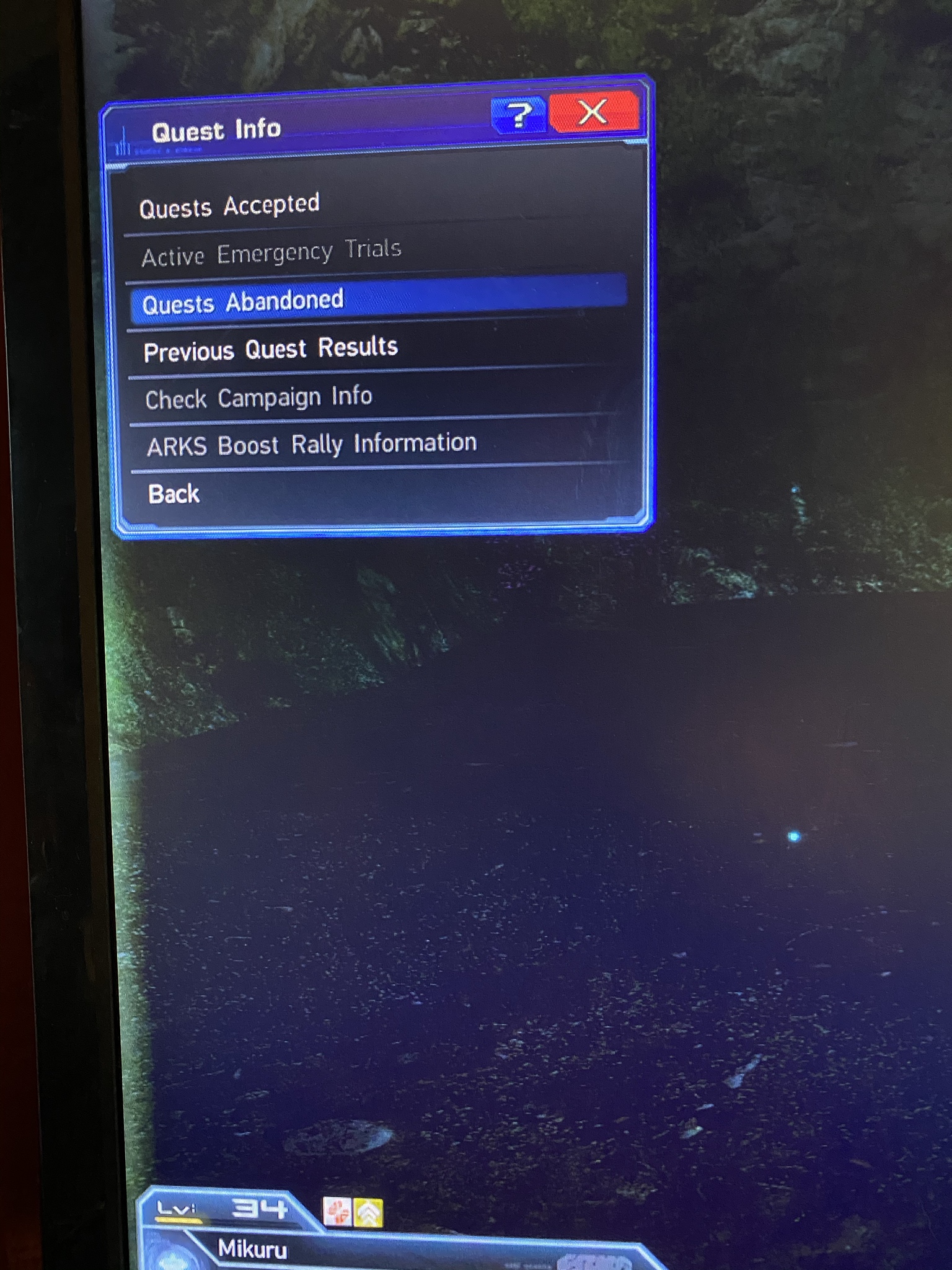 Some of these are probably bound to be fixed, but here's what I noticed.

@s-ilent I think you linked the wrong photo for the weapon enhancement not being localized. Looks like its the same as the last photo.

To add on to this, I've noticed a lot of inconsistencies recently. For example, some of the same items but just in a different color:

But also in some tutorials, such as "Goods Search" for explaining how to find items on the shop, but the actual menu is "Product Search".

Io is missing a couple pieces of text it seems.