This topic has been deleted. Only users with topic management privileges can see it.
last edited by
B
BeamiestChip790

I was playing through a Super Hard Advanced Quest the other day when an enemy dropped this. I have no clue what it is and I can't find any information on it online. Is this a real item or it is maybe somehow a glitched item that wasn't supposed to drop? 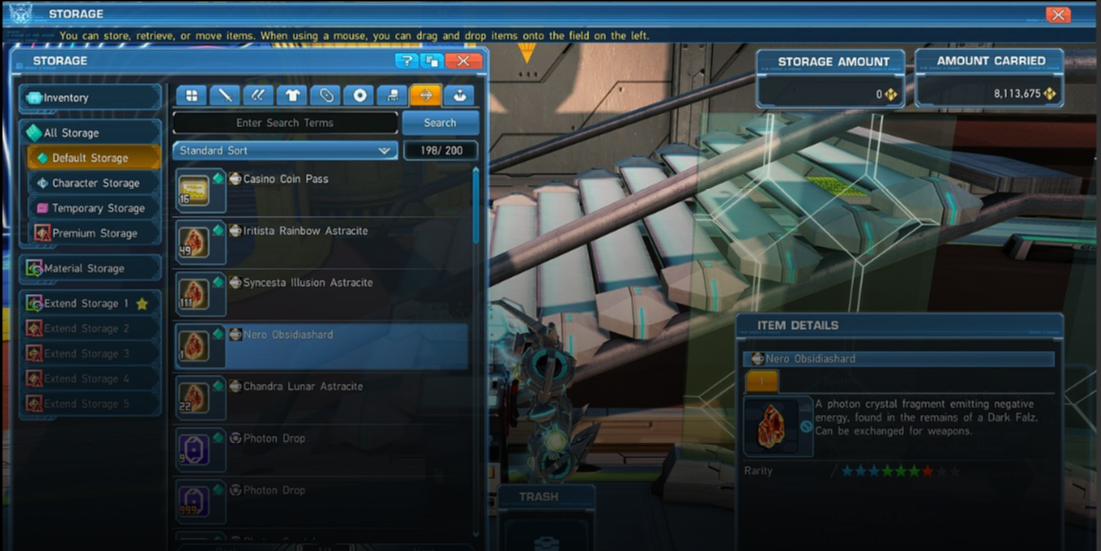 I asked some friends and these shards are supposed to be exchanged to Zig once he opens his weapon exchange store (we don't have this in NA yet).

Nero Obsidiashards drop from level 71+ Dark Falz UQ bosses and their humanoid forms, so in SHAQ, it's a possible drop. And yes, wait for Zig to open his exchange shop

Oh okay, thanks for the info. I checked the Japanese item list and didn't find this item there, its possibly called something else or I skipped over it. I got this by killing a standard enemy in Daybreak in SHAQ so I was a little confused by it because the semi-similar item on the Japanese version of the game says its drops from Dark Falz, like Fiona said.

Hopefully the update comes soon. Farming for the same items will grow a tiring after a while.

@BeamiestChip790 those shards are guaranteed from Dark Falz Angel codes and you need A LOT of them for some of the weapons in the future.

Hopefully in later updates they drop as much as Photon Boosters do right now. I have like 3k boosters and they're pretty much useless because they don't allow you buy anything good right now.

The main concern is some of the gear associated with the Nero drop is an old-type weapon. Not sure what the plan on this is or if it was left in unintentionally.

@PrinceBrightstar same as the other OT only stuff, they convert it to NT

@ForteGX The OT Weapons that used the Nero Shards, the Austere series, were already converted into NTs on the JPN server; the OT versions are 13☆ and their NT versions are 15☆. I kinda doubt they will make a 13☆ NT version of these weapons for the NA version, but maybe they could and then just rename the 15☆ versions something like Austere EX or the like.

Reporting this to the team in case it's unintended.

Ok, I just thought Zig was broken. Good to know hes locked for everyone. On a side note, I noticed they fixed Frances mission/present glitch where the exp bar wasn't moving at all, but now it seems to have happened to Whats her name, Edgy I hate All falswpawns to the left of the gate way extream pass lady. No matter how many clinet orders I do I get no exp with her present bar anymore, Won't ever be able to get her client card.

Whats weird is getting items to use for Zig (like those weapon pass things) but not being able to use them yet. I was pretty confused until I looked into it and round out that Zig isn't going to be available until some time down the line. I thought my game was broken for a while.