@coldreactive SH+ will be where they really start pouring in, but if you can just take advantage of the ARKS Rally Boost to skip SH and go to EH, more consistent. 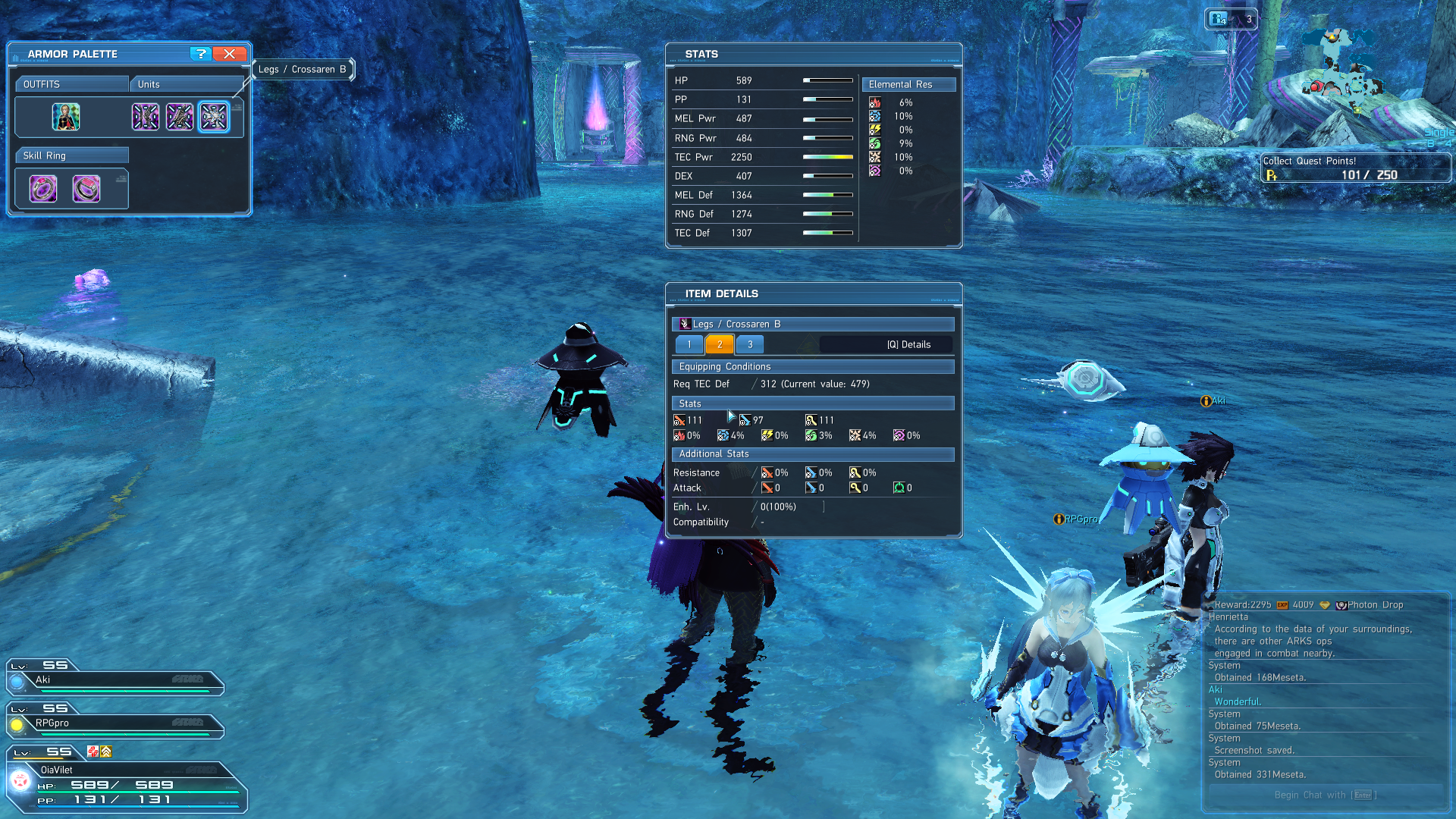 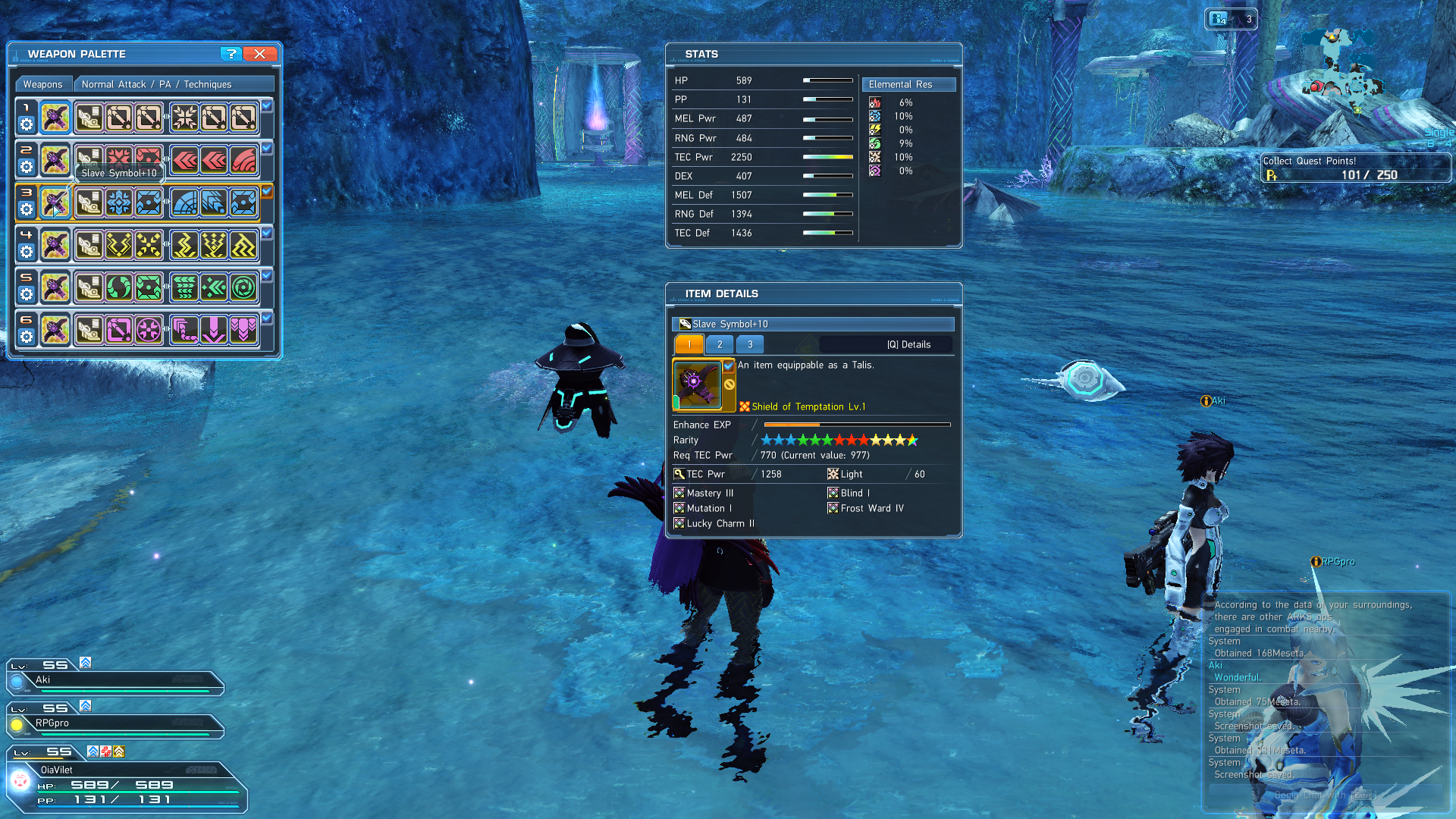 It's basically the same on my 75 Summoner, only I can be hit three times.

Get 12 characters to 40. Gather 20m or so meseta and buy all of the turn in items, do all the quests. (Also nets you 60 spheres a character for more money)

Then the next reset you can get 3 a day. At 40 it’s either drink a drink, use a food/booster or a gathering fever.

Get them all to 50 it’s straight up drink a drink each day for 3 a day. I’ve been doing this for a month and it’s been a meseta goldmine.

If you have enough meseta to spare just buy the reset for missions after you turn then all in and do it again. By next week you’ll get 16m from just dailies alone.

@coldreactive How do you only have 589 hp? I think that why your being one shot you basically have no HP. Def means nothing if your HP is basically zero to start with.

@coldreactive Your HP is low for SH but just on average for level 55 range. You may want to use a weapon's barrier as a placeholder for now until you get the last piece of Brissa for more HP as weapon's barrier is balanced for survivability with +150 HP from the base and affix with decent increase of damage resistances.

Most trash mobs won't two shot you, seeing as the screenshot showing that you are using Te, which means access to deband and enhanced deband if skill points are put on it, which dramatically cuts down damage you take.

Generally, if you find yourself getting hit often, use a weapon's barrier or maybe Diabo's for more HP. While attack makes things die faster, it won't do you any good if you get hit often and go splat.

@SonoVulpin For level 55 that's around the range you should have and also they are using a leg piece that doesn't offer much. If you put in a weapon's barrier, their HP will shoot up to 739 HP or around there granted that leg piece has no stamina or HP affix.

What is this? Does Talis or harmonizers even have that?

Also, yes, I have basically no stamina augments on my leg units, and I can't really find any units with it to put it on. (Let alone find a unit with a higher amount of augments to do it.)