Why did you delete the Tweet in which you said PC players would not be missing beta content?

@John-Paul-RAGE most wont do that though.... but the entire point of this thread is instead of them outlining their plans with potential dates and stuff or giving timelines they obfuscate and dance around the PC subject or anything in the future like episodes 4 and 5 which is annoying people because Sega is acting like its some big secret when they could literally just put out a timeline with their expected dates on it .... instead they wanna play coy

@NezumiiXD I understand and have also made remarks about SEGA's irresponsible conduct during this Open Beta.

I just wish there were some evidence our concerns are reaching their ears so we know 100% where the fault lies without having to theory craft once a week.

@John-Paul-RAGE this has all the earmarks of PSU... Lack of transperancy, promises seemingly not being kept... slow updates in comparison to JP .... thats what has people annoyed and worried

@NezumiiXD the slow updates should only be annoying the playerbase migrating from JP. The new playbase is still enjoying the current content.

I am glad they haven't released the full client, it would be too overwhelming for new players (which are the focus of this deployment, not the JP veterans).

The lack of transparency is the largest issue by far. Players need to know their concerns/reports/bugs are being addressed and need to be updated on the progress.

The content gate (minus weapon extending, because it should already be here) is at the bottom of the hierarchy of issues.

@NezumiiXD said in Why did you delete the Tweet in which you said PC players would not be missing beta content?:

@John-Paul-RAGE this has all the earmarks of PSU... Lack of transperancy, promises seemingly not being kept... slow updates in comparison to JP .... thats what has people annoyed and worried

I know, I can hardly wait 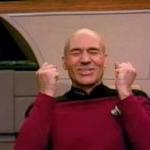 @John-Paul-RAGE if people get overwhelmed by more stuff to do they need to go player easier games like cod with a singular focus... they constantly cant keep ignoring the people who are already through the content....

@NezumiiXD assuming everyone brand new to this game should be able to perform the same as players who have been potentially playing for 8 years is absurd.

2 weeks of episode 3 isn't much to complain about. I find it very likely they won't go at a pace of more than 1 episode a month, which really isn't bad at all.

Hopefully they provide some metrics soon like how they did before, but I would guess the average new player hadn't reached a single 75 yet, much less multiple 75s. It would be a bad move to increase the level cap so soon, it needs to be based on the average of all players, not the players who have been playing this game for years already.

@John-Paul-RAGE A GM has said they have nothing of value to say so clearly the fault lies either with ESTSoft's management or Sega Japan. Possibly both.

@PA-Naterion said in Why did you delete the Tweet in which you said PC players would not be missing beta content?:

@Mattwo7 , how do you come to that conclusion that its ESTsoft?

ESTsoft is merely handling the Community aspect (Customer Support, GMs, Social Media, Ingame Banner Art, etc). SEGA of Japan is the ones who run the game servers , distributes updates and the only ones who have any idea on a potential timeline. Whenever ESTsoft is unable to say anything on a matter its either due to NDAs or SEGA of Japan not telling em yet.

Now in SEGA's defense... their secrecy to me indicates that they do have some key dates in mind... but they dont want to tell us anything until milestones have been reached in development and they know for sure the dates could be met.

Consider the fact that Open Beta has no end date... it is my opinion that it will keep running until majority of issues have been ironed out. As a result, we have no specific dates to base a roadmap on since SEGA could very well push back their full release date if some issues are taking longer to fix.

Personally, I think we will get more news on PC once an actual Open Beta end date is announced (or maybe vice versa... news on the PC version will indicate to us Open Beta is close to ending...)

@Alexandrious947 said in Why did you delete the Tweet in which you said PC players would not be missing beta content?:

@Mattwo7 said in Why did you delete the Tweet in which you said PC players would not be missing beta content?:

I don't know why you're bringing up Sega USA like they have anything to do with the game, they passed the buck to ESTSoft for PR and some localization group I forget the name of because they didn't want the game in the first place.

I was under the impression that SEGA of US and Microsoft were managing the game, not this smaller third-party studio, ESTSoft.