Saved looks got messed up after late August maintenance, requiring more and more passes to fix

This topic has been deleted. Only users with topic management privileges can see it.
last edited by DLOZanma 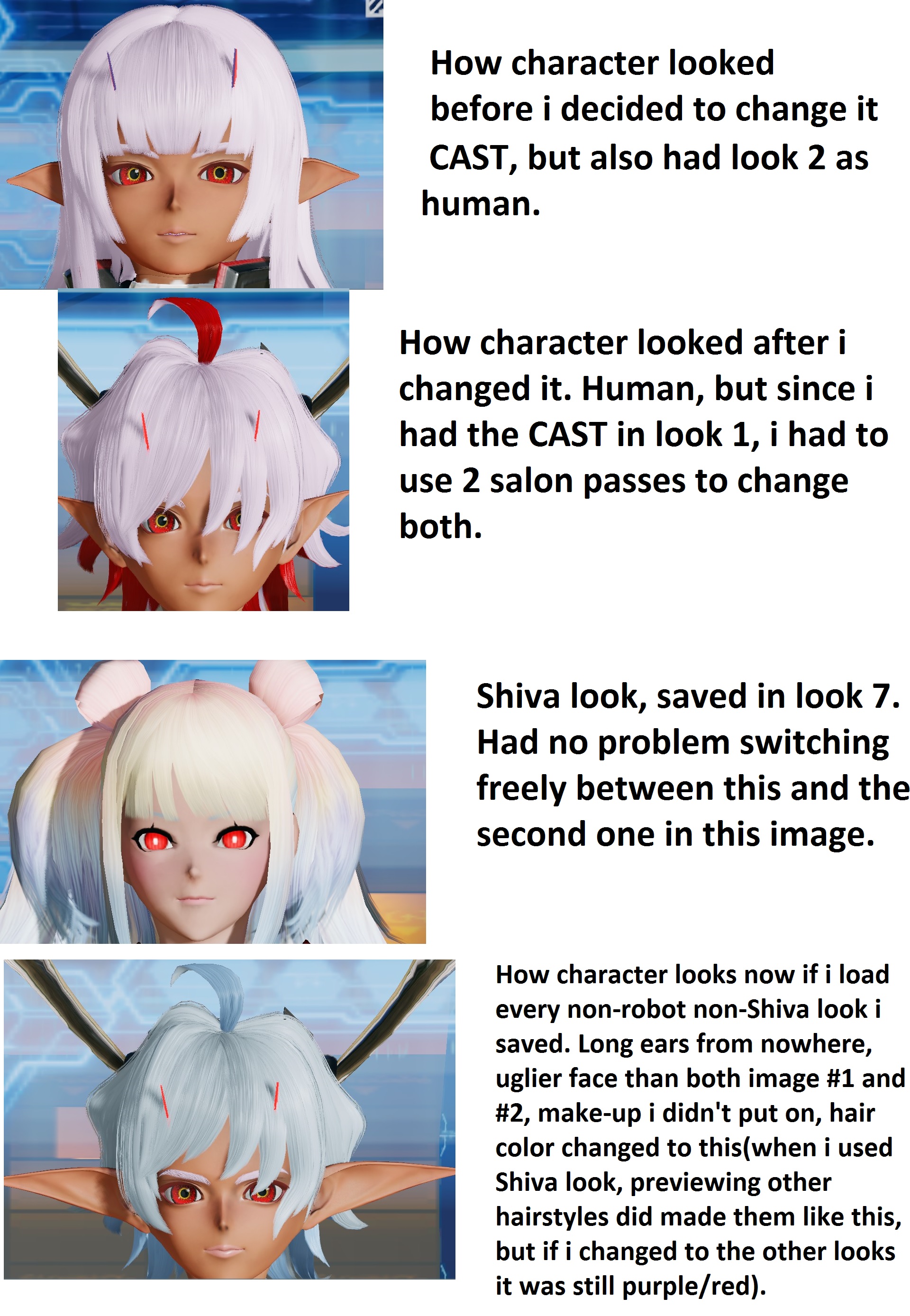 Even if they come for free with logins once in a while, i don't see why i have to waste my Salon passes to fix things the game itself screws up. I used the Shiva look in look 7 for a while, so i don't know which of the late August maintenances broke everything, but i could switch between it and image #2 with 0 issues before, no uglier character, no random color change.

"The hair mixed with the Shiva look" probably accurate, in fact wrong hair/eye color is a bug present since NGS launch. Except that until now it was fixable by simply loading another look and then loading back the one you were using. This instead is applying to every single non-Shiva non-robot look i saved. As i repeated multiple times until the maintenances i could switch between whatever look i wanted freely, even if they had different skin color, shapes, etc. Additionally, look 8, which was simply look 2 with one of the base PSO2 basewears(old body) completely changed skin color for no reason.

It also means that, if not fixed, i can never use look 7 again without being forced to use another salon pass if i want to switch back again.