Innerwear textures do not load or render properly post-ngs expansion.

This topic has been deleted. Only users with topic management privileges can see it.
last edited by Krinos

So to start this thread off, I just want to talk about how innerwears for base pso2, and ngs have been ruined due to the game's faulty rendering engine. You see, prior to NGS, innerwears used to render perfectly, they used to have texture, and meshes such as ruffles for laced innerwears, and you could see fibres etc in the clothing, and the overlays (the colored designs would be used in conjunction with them.

However that seems to have changed, with the release of NGS. Old innerwears, including new ones released from scratches post-ngs appear as pixelated overlays that retain none of their textures. Some inner-wears that appeared metallic are now luster-less microsoft paint png overlays that are pasted directly onto the player's body like a tatoo.

It's not just inner-wears either that rendering seems to crap out on, even environmental textures like the clouds in the skybox have liver-spots, and crate textures sometimes do not load and appear as flat cubes with the overlay image pasted onto them. All of which are on medium to ultra high settings with zero changes. Accessories from scratches also do not load properly either. Some accessories like wings appear jagged, and low-res, and some accessories and camos have lost their partical effects.

Sega has not even considered acknowledging this rendering issue, not since ngs's launch. Which has lead people to come up with do-it-yourself fixes that don't always work such as switching to base-pso2, changing the graphics settings, and going back to an ngs block.

When is the rendering bug going to be fixed sega? 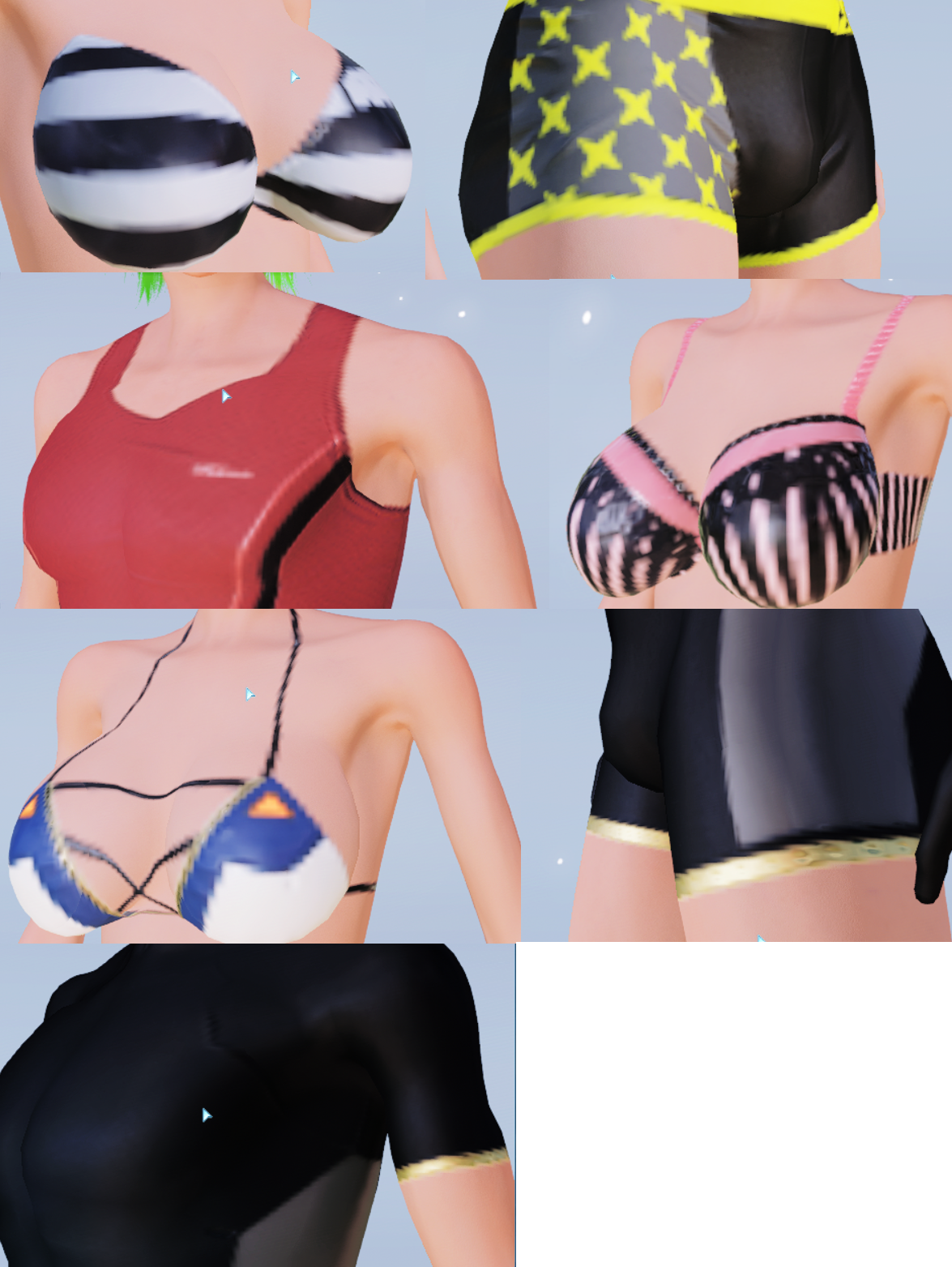 These screenshots were taken on Ultra-high settings. Yet textures do not render at all, just the overlays.