Take the time to thank your fellow whales in game.

How adding something to the game, Such as - Specific quests that you can do for a number of days and potentially qualify to recieve a Premium scratchie item? Then again, If that happens, they would problably ruin it and dispose of items that are the LEAST desireable. It would not be out of the realm of problablity, SEGA does have that track record. They have made announcements int he past of NEW and "GAME CHANGING" items, when it was just a Freaking game cloud!? ( Beleive me, I had my hopes set very high, but after the news, I was Like.. WTF Are you even doing SEGA!!?)

@Rain-Gnyu said in Take the time to thank your fellow whales in game.:

Could this be Pso2 NGS some day?

EVE is a far different game for a far different audience. EVE can be described as Spreadsheets in Space and requires an immense time commitment. You can lose progress in a flash if you are not careful, progress that can take an absurd amount of time to acquire. Many of the in game items can also be purchased with real money, and I am not talking something small like a a few hundred or a couple hundred, but tens of thousands of dollars, and you can lose it all if you are not careful. Probably not the most appealing orisoect to most people.

The being said, the lessons Sega needs to learn are not really game specific. While I have pointed to FFXIV many times, it is because FFXIV got the management part down right. Yoshi P showed this slide show at GDC in 2014 and Sega could really learn a lot from it: 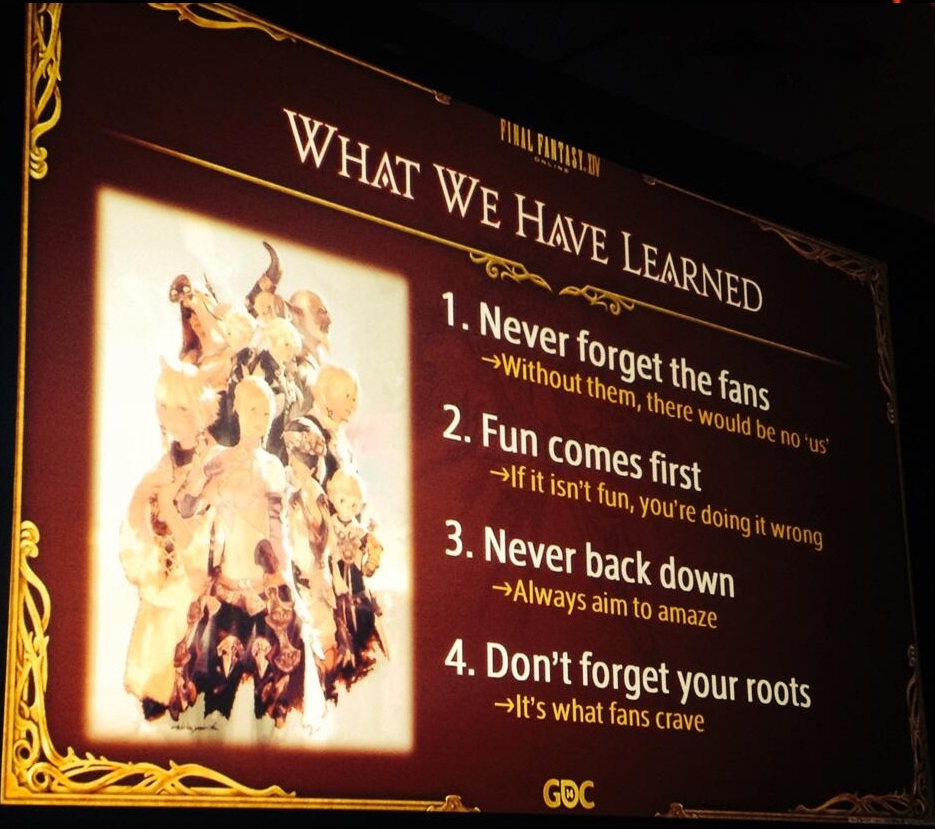 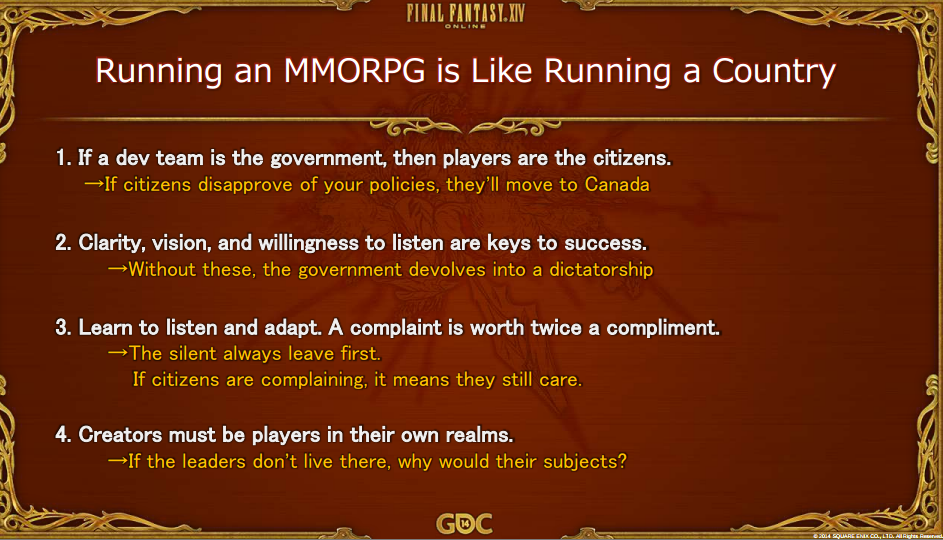 To Sega, foreign players are just an afterthought. They are aren't willing to listen to us and they refuse to communicate with us. I am still here complaining because I still care about the game and the franchise, I actually do want it to be successful, but Sega makes it really hard. They also don't interact with us in anyway. Maybe instead of just blocking oversea players, they should try to understand why oversea players would play on JP to begin with. If the PSO2 devs interact with players, it is always going to be with JP. The devs need to spend some time on Global and take a hard look at its current state and ask themselves if it is at the level of quality that they would be proud of.