I was working on finishing up my weekly "trigger 3 PSE Bursts" quest, but frustratingly found one had triggered just before I arrived in the battle area. So I went back to the Ryuker Device and changed rooms, and noticed something: the PSE Burst tracking icon was still there.

For a second I thought I'd room changed into the exact same room I'd left and angrily went to resolve the Burst, but after reaching the tracking icon I found nothing there, neither players nor enemies nor a big pillar of rainbows. People were running around this area and gathering PSE as usual, but I noticed the gauge wasn't filling properly: it just looked empty, though it was still giving a flash to denote the current PSE stage (this error eventually fixed itself, though I'm not sure why).

So I decided to do some science and see what would happen if a new PSE Burst was triggered while the old icon was still there. 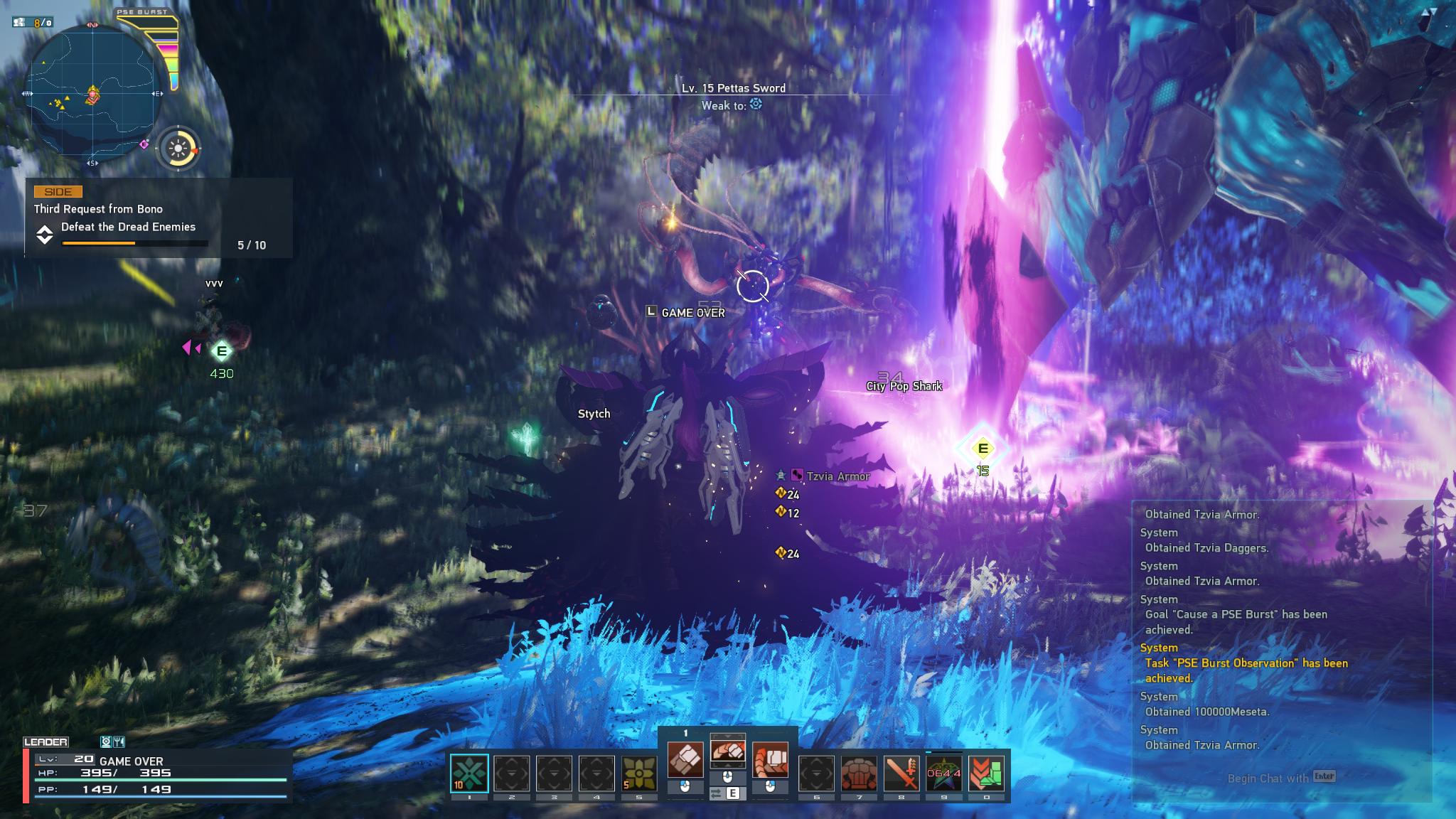 The fresh PSE Burst worked totally fine, but the old Burst tracker (the one with 400+ distance) still lingered, even after the new Burst resolved. Everything else seemed to function normally.

I'm guessing the devs didn't expect players to Room Change during a PSE Burst, because... well, why would you turn down free loot? Unfortunately I was in "just do my dailies and get out" mode, so I did not make smart decisions.

Other things I didn't figure out: