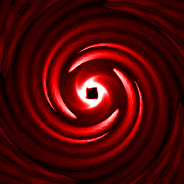 I have plenty of suggestions to offer !

firstly I wanted to clarify that I have never played the old version of PSO2, but NGS interests me greatly.

1 - You have an interest in character customization, and it's true that character creation is very detailed. The character follows the gaze, we can test many animations (facial and body) but once in play, the character is quite static. I am a former black desert online player, and in this game the character is looking at the camera, it gives this one a little life. He could also do some animations that we can test on the personalization.

2 - some textures in the new outfits are pixelated and shouldn't be. Some trees are not detailed, while others have beautiful leaves. Around Central City there are some parts of the ground that stick out, it could be really stylish but they are not well connected to the ground. Central City is really an old-fashioned city, the buildings are cubic and not very detailed. it's a stain next to the big tower. The textures are pixelated at 30 meters.

3 - Character classes lack attacks. I'm only at the beginning but apart from left click and right click, a few combos to make variations, it's quite limited. It would be pretty good to have more nervous attacks to put on his shortcuts.

4 - The flora and fauna are quite limited, the enemies lack variants for my taste.

5 - Dungeons? Visible on the map, with beautiful scenery, with special monsters. the current "dungeons" are more doable challenges as a team.

I think I said everything I wanted to.

I would like to see your opinions. I authorize the debate if it is not one-sided!

Our opinions don’t matter to Sega, so it’s rather a moot point to discuss it honestly.

Our opinions don’t matter to Sega, so it’s rather a moot point to discuss it honestly.

I try ! If they see, so much the better, if they don't see, my life doesn't end haha