This topic has been deleted. Only users with topic management privileges can see it.
last edited by Lulanari 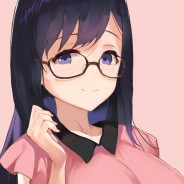 would there be a chance they design the dresses better, so they don't end up with Umbrella skirts? for character who have bigger proportions. it almost nerve wracking having my character have stick legs and zero waist just to wear a dress. also I welcome any comment, also if it possible to fix in the first place would love to know.

me with the other outfit

I think they intended that one to be used with the hand on hip idle pose to help alleviate clipping with it, but probably doesn't work in all cases.

@Vashzaron ah yeah I noticed that pose I used it but it still clips anyway for wider hips here are photos of it still clipping.

Same issue popped up with one of the new outfits in the SG scratch, it's like the skirt is T posing on its own, not being held up by anything. It looks pretty ridiculous.

Yeah, the physics on any outfit with a skirt, doesnt accurately reflect where it would realisticly be sitting upon then hips. The outfits float off the character. I'll edit this comment later and share a pic of my character with the new outfit.

Edit: Here are the pics.

Where her hips actually are.

Vs where this skirt wants to make everyone think they are.

Unlike the older PSO2 outfits, skirts are more poofy than they ought to be, based on real life physics. They likely set them up this way, however, to prevent clipping with the legs. I otherwise love the new type outfits. If the hip areas on the outfits where a bit closer to where they actually are, like about an inch, just eyeballing it, it would be better. Also, I would love to get my hands on an N-type color change pass for the outfits.

That problem is from the previous version to this one, if they didn't fix it in the current one I doubt they ever will. as I see or it gives the impression to me, this game seems to be designed especially for jp loli user, so I don't think they will ever pay attention to fixing this type of details to wider and larger pjs :($):

@Chantro The issue isn't with the coverage, but the width of the hips not being properly reflected by outfits with skirts. They make them look much wider than they are, even if you have shallow, or no hips on your character.

Yeah. The ONLY skirt outfit that doesn't do that weird lip/ledge that I have personally found that doesn't make wide hips/thieghs look obscure so far is YunYun replica (besides that one little glitch a bit back lol). But when worn in NGS, you look wet. Like someone spashed you with water... but no weird lip/ledge.

I think it is that Yunyun actually rests on the hips and buttocks versus "floating" / flowing out. As well it hugs the waistline rather well versus making you look like a 2x4.

Seeing others post I have to agree, and it just something that really pushes people to make their character loli like and not mature. but I wouldn't mind some clipping over Looking like ballooned dresses and skirts.

my character in the new scratch ticket outfit as you can see where the hips are and where the skirt actually is immersion breaking! Personally, I'm going with the assumption that they did this to prevent clipping, well, now there's a new kind of clipping that bugs me even more.

I would rather have leg clipping in skirt legs than a ballooned out hip size with hand clipping.

Also, wtf is with this? This outfit doesn't even have a skirt.

But those are good for showing the thighs, whilst hiding the butt. In all seriousness, they just need to edit the way the game is displaying the outfits. I think they meant them to sit closer like normal clothing would, but were off a bit. Should be an easy fix.

Seeing others post I have to agree, and it just something that really pushes people to make their character loli like and not mature. but I wouldn't mind some clipping over Looking like ballooned dresses and skirts.

My character looks like this because I'm recreating a character from a Star Ocean game. She's about 148cm, so she's tiny.

As you can guess I'm a fighter in NGS. Would love a good Claw skin for the Knuckles weapon.

I also have 3 other characters all with unique looks, one of which is a cross between two Anime characters. Not to derail anything, just wanted to share. Back to the main point, I'm sure many have reasons to make their characters that tiny on preference alone, and isn't at all related to the skirt issues specifically.