This topic has been deleted. Only users with topic management privileges can see it.
last edited by Magdarius

HI i come to this place to tell, i can't finish the quest Advice from Liu Lin II

i do the battle in the cocoon facility but when i'm going out the cocoon, the quest wont show it's accomplished, it's not funny i cant go further in the story, i do the battle 5 times, but wont work for me. also restart de game 3 times. but dont work too.

thanks in advanced for the futur answer.

I have the same issue. Same here done the cocoon about 10 times. completed the quest on an alt character and it worked fine.

I'm having this same issue as well. I'm unable to progress story mode due to this. 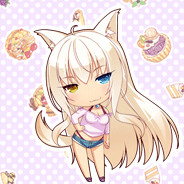 I have the same issue

I did some analysis of this issue. Turns out, this only happens to the character, which did that task first. If you use an Alt on the same ship, the Task "Advice from Liu Lin II " will instantly be completed 1/2, unlocking the next step, which requires you to get a class skill. This even happens, if the Alt never even was near that specific cocoon, nor even played that. The GUI will still say, the cocoon task is 0/1, but the class skill task is active. This means somewhere, the cocoon is saved, but the Character doing that first refuses to acknowledge that fact - the task doesn't reload for some reason properly (even with all this lag right now).

with my PSO2 original character it's bugged, but not with the alt character created after the update, but i joined NoSpax answer ^^ . Yea im having this issue aswell, and as was said on another thread my alts are fine, its just the one character that is unable to proceed, hopefully it can get fixed I'm having this issue. Somehow my other two characters were able to complete the quest while this one character is stuck in the loop.

Different for me from NoSpax. The character who is stuck was the third I created, and the second to do that particular quest. 1st and 3rd completed it properly, each seemingly requiring that the cocoon be completed first.

Worse comes to worse, I can just delete this character and start a new one

They acknowledged this issue on the site by the way, so maybe expect a fix soon(?)

@Vashzaron oh good! Thank you for that update!

Come to think of it. On my alts, I got the option to skip Prologue. Which I did. No bug there. It's just my Main, where I did play the Prologue. I'm also having this issue. Played up to that point on my PSO2 vanilla main, stopped because the lagstorm on Ship 2 was making the game basically unplayable, whipped up a Ship 3 alt and progressed there for a few hours, now I'm softlocked at the Cocoon. In any other situation I'd start over but I'm not about to delete hundreds of hours of playtime investment, hope this gets addressed soon.