This topic has been deleted. Only users with topic management privileges can see it.
last edited by Princesse Jen

While some you can possibly guess, others are less obvious and it'd be really nice if the thumbnail could either highlight the two areas that will be recolored in two opposing colors and/or switch between that and the default appearance.

For a visual aid of how it can be confusing, here's with one of the Starting Outfits and Closed Beta Scratch Variants (Which I hope we can still get somehow): 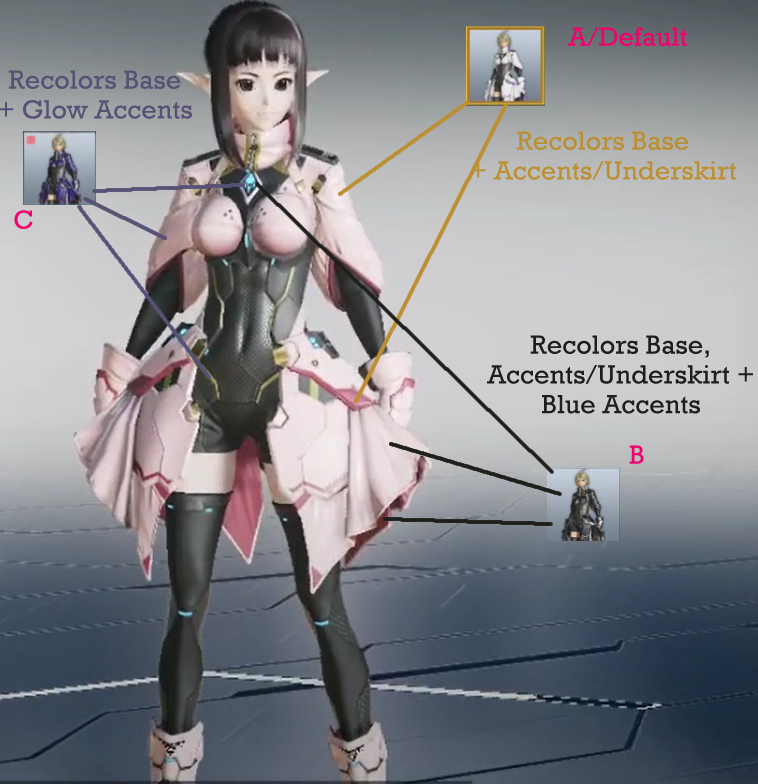 The one featured in the image is the default colored version. The B version makes it so all Light Blue areas will also be colored along with the accent color. B is also the one I personally used throughout the Beta and you can see both it and someone using the default option not too far away here: 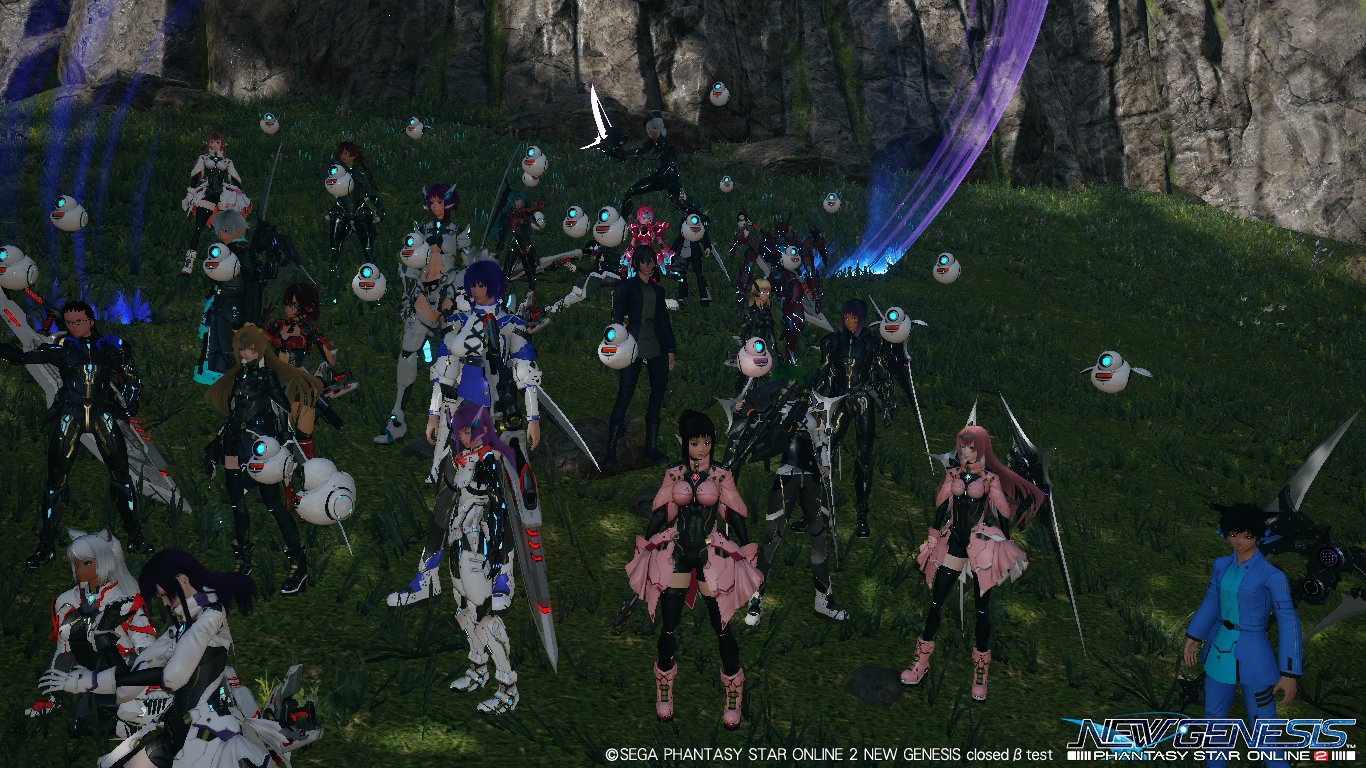 The C version effects the blue areas and the yellow along with the Base with the Body lines taking on the same as the Base Color. Here's that version with the same colors:

**I've gotten some items from the new scratch, but am worried to even use them as they may not be the variant I want to make it the colors I'd like. It'd just be nice to know for sure. Especially for exchange ticket usage.

Even just making it so the previews of an item take on whatever color you're trying on (or a keyboard option to switch between that and the original color) would be super helpful.**