Can't wait for PSO2: NGS to come on June and how about how good is Closed Beta PSO2: NGS

This topic has been deleted. Only users with topic management privileges can see it.
last edited by
T
Tonystarman

I know some of you are getting pump about it or maybe not. But I just hope you don't need to create characters again on New Genesis mode or unless you can used exist characters to move them between original to new genesis.

So, about that Closed Beta for PSO2: NGS how what the game since I was there but I played it for 1 day but didn't get a chance to come back to it for another day. But I think this new genesis is so awesome when they added this to the game.

What about you!? what you think about New Genesis Closed Beta!? (If someone already posted this then my bad.)

@hynaku4494 It's a beta. Not the full game. You weren't given story quests, and most of the map was locked away, and they still plan on adding more to the game as time goes on.

Fun and beautiful game and I cannot wait for it since I played the beta I have been stuck in withdrawal. June 9th please be the release date I need my NGS fix.

@Anarchy-Marine Yeah, i don't think anyone needs to point out the obvious fact that it was a beta. It's just a matter of if it had enough in it to make people want to sing its praise or not. Opinions, am i right? 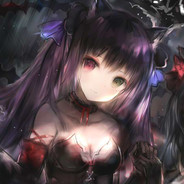 I used ranger for the majority of the beta being i like the class most out of the choices, but to me it seemed like the combat was really slow and sluggish, going from base where the scion classes mobility is insane and has lots to offer in self preservation to something that feels like essentially a class that is more of the same in base game with the exception of starting out with PA's that were customization options in base game was very underwhelming for me, you are free to point out the obvious about the shift from scion classes and trying to integrate some of what it had to offer in base classes, but setting a bar of class expectations high like they did with scion classes then immediately back peddling in the next iteration doesn't sit well with me when the fast agile fighting is what hooked me in the first place.

I'm still going to try it out on release, but if the game doesn't pick up tempo later down the line and i still feel sluggish and slow at a higher level like the only thing that changed was my damage output then I'm going to probably lose interest quick, graphics updates, expanded world, and moving fingers are a novelty that can only last for so long before the game needs fun and engaging game play to back it up.

But that's just my take on it.

I really cant see what else they can put into it since max level will be 20. Like 2 new zones and maybe a single UQ? Ill give like 3 weeks before people start logging off or afking in the town.

NGS beta was a breath of fresh air at the start. Was exciting to see how different it is from base pso2. The second day I realized that there really wasnt anything in NGS. Day 3 I spent most of the time talking to people and doing the Ultimate Nav rolling ball of death strats and I figured this will be the content of NGS. Zerg rush with 31 other people in a giant circle.

Beta was new, but very barebones. I don't think that will change from the beta to actual release and its giving me the doomer vibes I got for pso2 when they announced NGS

@Anarchy-Marine said in Can't wait for PSO2: NGS to come on June and how about how good is Closed Beta PSO2: NGS:

@hynaku4494 It's a beta. Not the full game. You weren't given story quests, and most of the map was locked away, and they still plan on adding more to the game as time goes on.

I enjoyed the NGS beta overall. I found combat to be more enjoyable than PSO2, thanks to the Photon Dash/Glide giving every class much higher mobility. Everyone has a counter now too, which is nice.

The class skill trees were simplified for the CBT so I'm looking forward to being able to see the full trees for every class. Hopefully NGS offers more interesting class synergy than what PSO2 has.

I also want to get my hands on more weapons. I want to know what all my favorites from PSO2 are like in NGS.