This topic has been deleted. Only users with topic management privileges can see it.
last edited by Sakesubaki 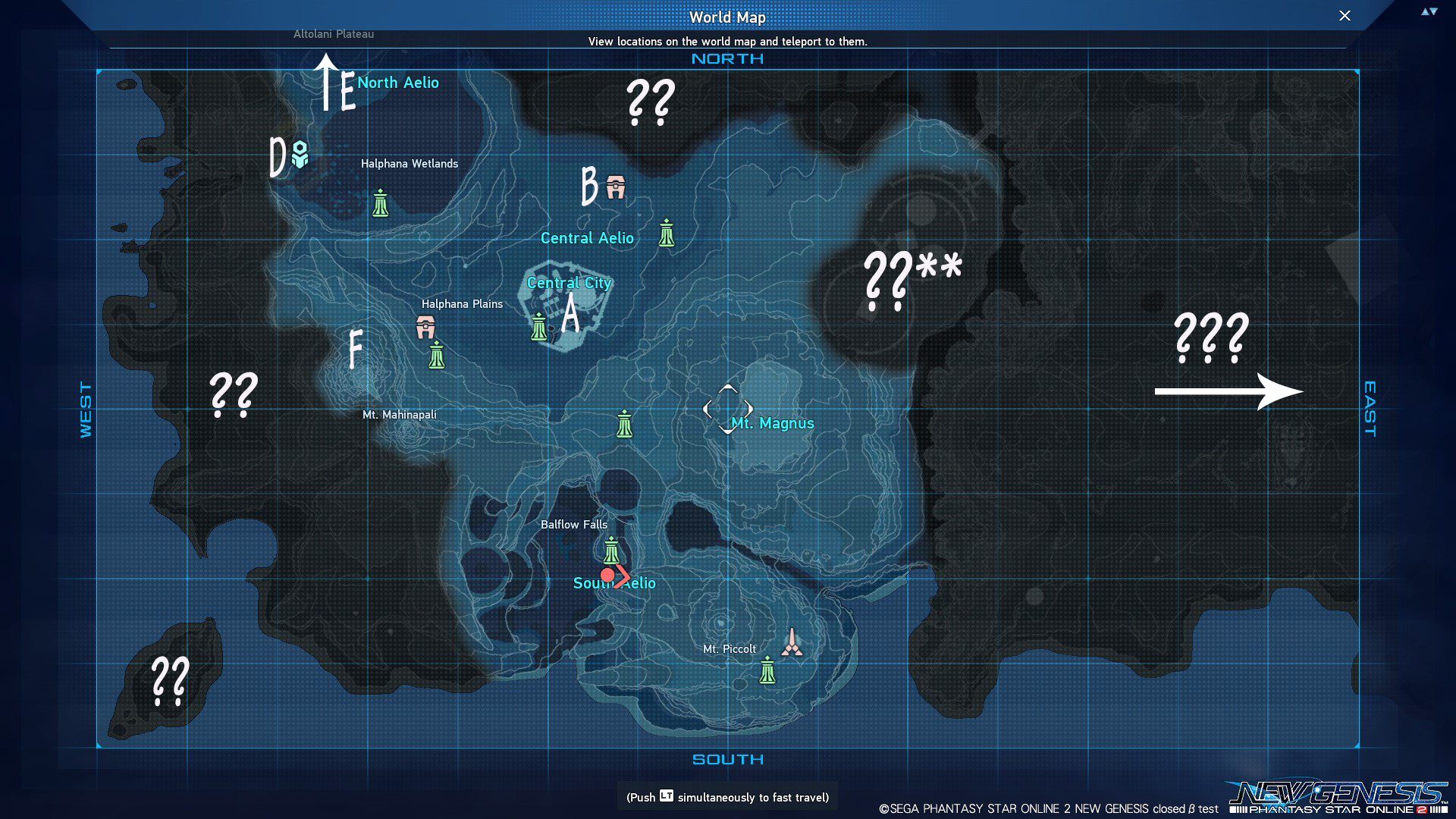 A - Central City : Everyone begins here. For those of you wondering, Yes , the city does have a Concert area.

B- These Structures are known as 'Cacoons" - Areas that operatives get training on verying objectives.

D- For those of you that were unable to find "THE REGIONAL MAG" It's NW from the central city.

E. This upper area is known as ATOLANI PLATUE, But it's usually the area where the Uq;s take place.

F. (edit forgot to add this): This area is the "TALLEST PEAK" in Halpha and if you make it to the upmost pitch, you can see everything, oh yah, this area is lined with rare materials that you also need.

Regarding gathering N-boosters and others, I really think it's random, Especially red and green containers, where you normally find one or two, won't be in that same spot again.

??** - This area was restricted to explore, possibly we may get the chance to explore it further, it does appear to be a Dilapidated are, Maybe some sort of research facility perhaps.?

The largest area to the east looks like it may lead to another city perhaps, since the premise of "CENTRAL CITY", it's not out of the realm that another city may exist in that area.

image url) ANd just wait till you get to fight this guy up north! Just as big as .. OLGA FLOW!! ( and just as annoying.)

The bosses and Mini bosses aren't like anything you have ever seen. So when you think that you know your monster? Guess again, These dolls at first have a certain set of characteristics, But at later phases, those chareacteristics change drastically!

You will get to see some familiar monsters there, with a whole NEW set of abilities that will keep you on your toes.

I really think that Halpha Will exapnd FAR beyond the greyed out boundries as time goes on. and with it, New challenges and threats.