This topic has been deleted. Only users with topic management privileges can see it.
last edited by
F
FriendedWheat39

Right now we can use only 1-0, F-buttons and some more options to use the sub-palette. But why we cant assign any buttons for each cell of the sub-palette? Please, make this function.

I would absolutely love if Sega allowed for us to have a Subpalette button much like our Back Palette/Rear Palette where you can hold a button to access the subpalette in the same fashion that games like Dragon's Dogma (and by extension Dragon's Dogma Online), Final Fantasy XIV, and other games like Black Desert Online allow for.

If not that, I would love to have some sort of immediate wheel option for controller users in a similar fashion to how Monster Hutner World and Genshin Impact have their ring menus especially for switching between weapons and subpalette sets. An additional means to access something like emotes on-the-go (especially for Emergency Code: Gesture) or immediate menu access (Equipment for those who quickly swap weapons and pets mid-battle) would definitely be neat to have as well.

@VanillaLucia It would be great to have it officially as a in game key modifier but if using controller, steam's controller configurator allows you to do some neat stuff like holding a button modifies your controller set. For example you can set it to when you are holding L2 all your other buttons on controller does completely other things. I have it set to when I hold L3 (Addtionally using DS4 back button attachment) my buttons do the below, when I let go it goes back to normal, allowing me to access every sub pallet hotkey without having to slowly scroll with the d-pad and muscle memory it. (and more) 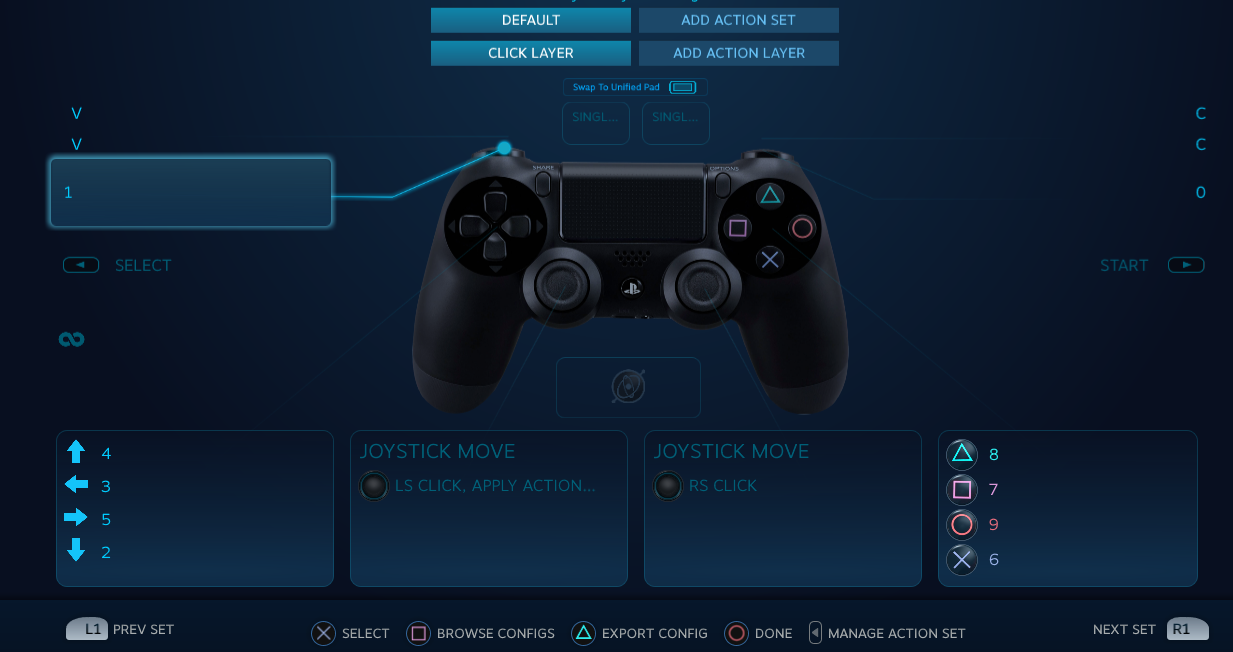 @Vashzaron On my end I have a relatively expansive set of controls that utilizes the DualShock 4's touchpad as well. If you have a DualSense controller you have an extra button (the button that normally controls the microphone) so you can map even emotes and additional inputs to that.

The unfortunate part is that you are forced to run Steam as an Administrator for this to work and this conflicts in a number of games I have to play so I have to intentionally run Steam as an Administrator or not depending on the games I choose to play. Additionally, for New Genesis' Closed Beta this does not work for me (or at least is not worth the effort for a timed beta) so the conveniences I have are gone.

Having this all be an in-game option that players can customize would be a great step forward as I was really hoping that the third-person aiming mode would have been more natural to use. On my end, Steam Input allows me to use the left trigger as a half-pull (lock-on) or full-pull (change camera mode). I have not experimented yet in New Genesis to see if these commands still have a noticeable delay like when you switch weapons via the Numpad as there is a second delay in the original game between when you use these actions.