Fluffy Extension: https://i1.wp.com/www.bumped.org/psublog/wp-content/uploads/2018/04/Fluffy-Extension.jpg?ssl=1 you can adjust the extension with the Emotion hair to look full super sayain with bangs because otherwise I hate how it shows off my 5 head

And this set from "Darkness Conviction" a SG scratch that we still haven't gotten, the other stuff in this scratch like persona's stuff and the dark falz warp emote were in the dark falz scratch that we had, but not the "Lord" set specifically which kinda just leads me to believe we wont get it since its so close to NGS release which is a hella bummer because the lord hair is and the body paint are some of my favorite in the game and i would like to match my JP character

Honestly, I just want the blue version of the Mikuna outfit. I think I may have missed it as early on, I didn't realize the Fresh Finds shop changed daily. The PSU outfits were gacha outfits in Japan and were more readily available.

@Nic-The-Hero said in What missing Cosmetics are you still waiting for?:

Darkness Conviction was a combination revival of Darkness Ruler and Bright Dark Heroine on JP, so it only lasted 6 weeks rather than 6 months with those sets. It also only added a few new items including just two new outfit sets with the other one (Persona Alt Collar) making it into the equivalent Global set Fallen Heroes alogn with the DF Warp emote.

The Lord set has gone on to appear in other 6-week revivals on JP like Dark Bright Memory, but most importantly for your interests it's in their Permanent SG Scratch so if we get that and the prize list is unchanged it would mean this outfit will eventually reach Global after all.

@Policroma-Sol said in What missing Cosmetics are you still waiting for?:

the blue version of the Mikuna outfit. I think I may have missed it as early on, I didn't realize the Fresh Finds shop changed daily.

The Universe content early on wasn't Fresh Finds at all but two rounds of SG Shop packages, neither of which featured Mirei. More recently in November when more Universe content and some of those SG Shop packages appeared, Mirei's outfit was available from a recommended set but despite Mirei Hair making a rather silly six appearances in Fresh Finds daily items that fortnight it doesn't look like her outfit was available outside that recommended set.

TLDR I don't think you missed it, just that Global never saw it.

@Anarchy-Marine @SaviorZero82 Sadly, I'm on ship 4, so none of these items are in the personal shops, I have to wait until they rerun or save up enough and find someone who can import the items with a ship hopper alt.

@Church10129 said in What missing Cosmetics are you still waiting for?:

Indeed. I loved the blue/yellow back in the day. It had a pretty green gradient to it.

I have to admit, I really miss the "feel" of the clothes in PSU. There's really nothing like it.

I don't know if this is on-topic because I don't know if it exists in Online 2, but does anyone know if JP saw the Kusatarika set from Neudaiz? That was always the one I liked most.

@Miraglyth As far as I'm aware, that set doesn't exist even in JP.

@Tarina said in What missing Cosmetics are you still waiting for?:

@Miraglyth As far as I'm aware, that set doesn't exist even in JP.

Lamentable, but thanks for letting me know!

Out of the unreleased stuff:

Every unreleased item from the jp Mission Pass and every weapon camo related to both the anniversary events in jp as well as the unreleased limited quests. 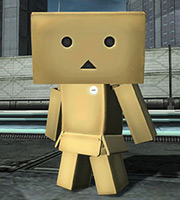 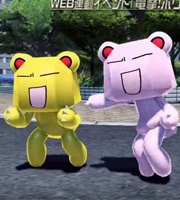 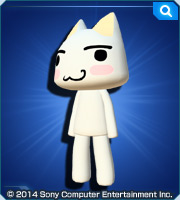 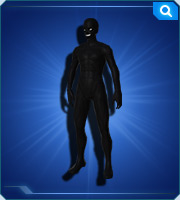 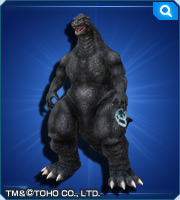 The last one has me a little bit worried as given the current trend it would have been part of the next Mission Pass but what happens to that is up in the air.

Forthemore, not cosmetics but also a big part of the character customization: every unreleased voice ticket, especially those related to Phantasy Star characters..

Out of the stuff they released before the global release:

I mean it cam but just once afaik. But I'd really love Tylor replica to come back. =/

My friend reminded me of a specific Sega-related collaboration we never received: SeHa Girls! They've been waiting to cosplay Dreamcast since Pso2 launched in the West. I'm admittedly not sure how the licensing works since it's an anime, but it's based off Sega properties so you'd think there wouldn't be an issue. What my friend specifically wants from the collab is these:

If we're talking about reruns, as someone that started during the PC launch I want to see:

@Church10129 said in What missing Cosmetics are you still waiting for?:

Glad there are others who want more of these. I had all of them in PSU. The pink one they released is OK, but I liked some of the others better. I used them on both Miyen and Liaan here and there.