How do you stop Mitra's ultimate attack in "The Divine Counselor"?

This topic has been deleted. Only users with topic management privileges can see it.
last edited by BloodyKyona

Topic. I can do every part of this quest perfectly, but then Mitra/Shiva uses this area-wide attack that hits for thousands of damage. Dodging didn't work because the attack lasts for six seconds or so, and Phantom invincibility doesn't work either. I also tried attacking her during it, but it doesn't knock her out of it. She manages this attack two times, generally, and it flattens me. What is the secret trick here (as dodging and iframes do nothing)? The attack hits similar to Primordial's middle puke attack in the last phase, with no way out once it starts hitting you.

You dodge, counter, or guard the entire thing... Or you move out of the area of it.

@Reilet I tried to dodge, and the attack was still going and hit me anyway because the attack goes longer than a dodge. Once hit, I was effectively stun locked. Dodging did not work and iframes from Phantom did not work. And get out of the area? It's the ENTIRE FIELD (everywhere I went was covered). This is the story battle, not Final Lament (where she doesn't even use this attack that I've ever seen). This is the fight in Chapter 3 of Episode 6 on Harukotan. Very small field, nowhere to move.

Don't you just move out of the glowing area it highlights before the attack begins? I know it doesn't cover the entire field. Try paying attention to the arena.

It should be even easier as a Phantom, since whole second of Tech Cast I frames in case you don't react fast enough. 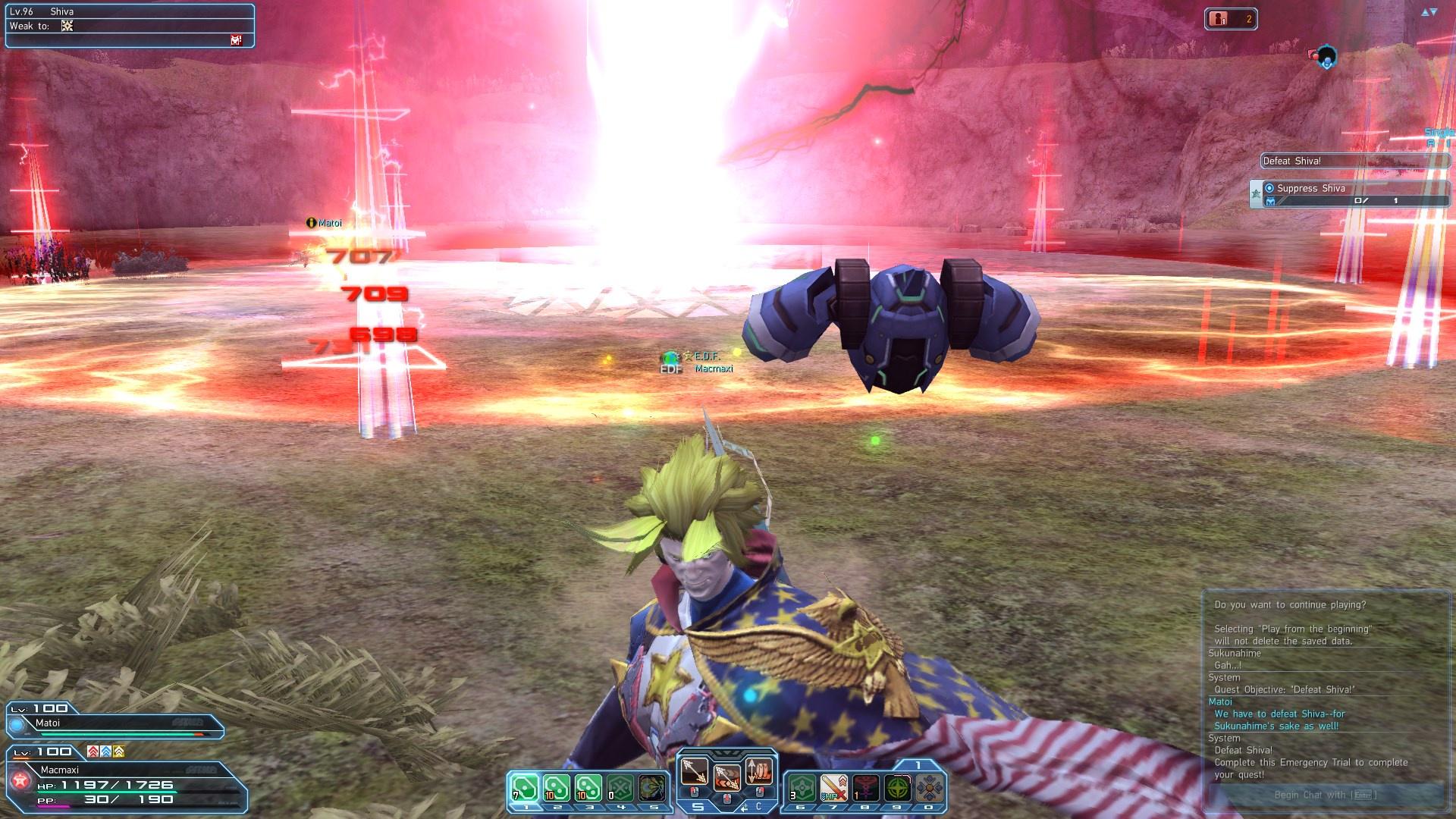 Yeah it went so fast I couldn't see it was tracking. That's why I thought it covered the whole field, because it moves. It took me watching the attack on a video without doing it live but I finally figured it out. When playing it my eyes just didn't catch the movement to notice that it had two locations.