Remember these days when Phantasy Star was appealing for it's character design of both women and men and was more focused on giving people the game they want instead of turning everything sexualized for a cheap buck? 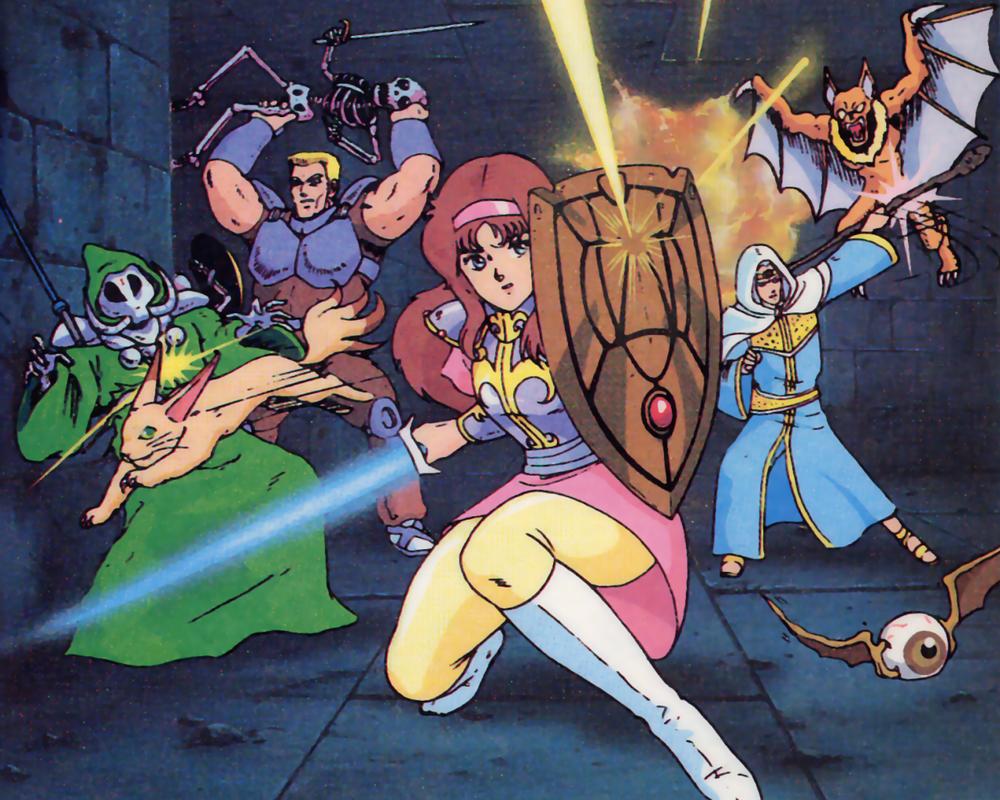 Generic moe face, overt sexualization when the original character was a badass. I miss the designs of these days. I miss when Phantasy Star was Phantasy Star in themeing and character design.

And I am hoping with NGS things improve with it being the first global designed PS game since PSU.

@Vashzaron said in Phantasy Star's core audience should not be anime fans with NGS - It's time for this to be a global franchise again not just one tailored for Japan:

There's more money out there by appealing to women and people in general than just male coomer anime fans.

Doesn't matter what you have to say as an argument. Majority of Sega's revenue comes from pso2 and that has a lot to do with appealing to the majority of players. If you find it disgusting then oh well for you. Most don't see it that way unfortunate as that may be.

Also do you really need to keep spamming threads on the same topic? They always get locked. @XBOX552 said in Phantasy Star's core audience should not be anime fans with NGS - It's time for this to be a global franchise again not just one tailored for Japan:

@Vashzaron said in Phantasy Star's core audience should not be anime fans with NGS - It's time for this to be a global franchise again not just one tailored for Japan:

There's more money out there by appealing to women and people in general than just male coomer anime fans.

I'm sure PSO2 was a business decision and not a passion project so apparently not. These are paid professionals, they have there data.

Lol, tailored just for JP - pretty sure people on global been gobbling up the scratches too

Not that I'm agreeing with the OP, but... I want cool/cute/whatever female robots, not "girl wearing metal" why yes, I am biased, how could you tell?, and given how they look in NGS now, I don't particularly see there being any other motivation for this change. You know that you are able to make the robots hotter without replacing them with normal humans, and replace them with normal humans instead. You're better than that, sega!!!

Also, no, I don't care that "you can still make actual robot girls by using these specific items"! Actual robots should be the defualt. You can play as a human instead for a reason.

But, yes, its very obvious that the direction the series is going is not likely to change, because they know what's working right now is going to more likely than not continue to keep working in the future. I mean, come on, how many times have you seen the same people keep buying and using new outfits when they're all almost entirely indiscernible from each other due to being nearly entirely skin? It's clearly working. If I can't be a cute loli anime girl, then it's a no from me.

I want all kinds of suits and costumes?:D One day I'll choose one, another day another things, I get bored fast, so I like to have all kinds of options available as possible

While bringing in more variety to help appeal to a wider audience would be great, it would be a seriously bad business decision for a company to ignore their core audience especially when it basically prints them money

But you might be saying "But isn't that where Sega makes most of their revenue from PSO2?", which is true, but at the same time it'd be fairly empty if those were the only people that played the game, and this game leans heavily on its social aspect with lobby actions and showing off ensembles you made.

This may be surprising to some, but not everyone thinks about or wants sex or sexy things in general 24/7, some people like making goofy outfits, while others enjoy playing mecha dressup. Some people like to look edgy, or cute in a non-sexual way. Some people just want to play the game and enjoy the mechanics.

These people might not spend as much money on the game, but they serve the vital purpose of playing the game and keeping the world from being empty. They stimulate the ingame markets and generally fill out the world. They are as much a part of the game as anything else and should be viewed as essential to its well-being.

But the thing is, if you cater too much to one group, others will lose interest and leave and affect the social aspect of the game negatively. Mind you I'm not talking about one or two people leaving, since that is something that happens every day in a game like this. I mean more like losing chunks of the playerbase over time, which of course also happens naturally as well over a game's lifespan, but those that leave due to naturally getting tired of a game and needing a break from it or whatever do tend to come back to check it out again and possibly start getting back into it. Those that drop a game because it is catering towards one group of players (in this case, the group that wants risque outfits for their female characters) tend to develop persistent, negative feelings towards it.

Overall it would be much healthier for PSO2 and NGS to maintain a fine balance between the types of cosmetics you can acquire in them and good for its playerbase as well. It isn't too late for it to correct course and continue maintaining a diverse playerbase.

Right there with ya. Unfortunately, this is their primary way of making money. Monster hunter has more of what you are looking for that isn't tailored towards anime-esque designs

@IAMCRAIG said in Phantasy Star's core audience should not be anime fans with NGS - It's time for this to be a global franchise again not just one tailored for Japan:

...while others enjoy playing mecha dressup...

Hey, that's me! Now if only sega didn't demand 160 USD just to be a female robot (Whyyyy did you make Aeros face so expensive???), and stopped making so many caseal sets that show so much skin to cause that to even be a problem in the first place. Any potential horny aside, they actually do look rather bad (most notably, skin gets different lighting) and shoot variety in the foot hard. We have like, what, three whole caseal sets (Aeros, Lamia, Urien) that are actually complete robots without needing to use outside cosmetics? Meanwhile there's several caseal sets whose only attempt at looking robotic is having lines, maybe joints, and even more where the majority of the torso part isn't even metal. Now this is true variety if I've ever seen it. Cast parts, meanwhile...

Because it's no longer the 80's and people are more open to loving lewd things and big boobies. Heck, even back then, there were scantily clad girls (take Nei for example). The anime art style has changed and evolved so much since then + don't forget CULTURE!! Gaming culture changed, anime culture changed, so much has changed. SEGA is going to appeal to the new, not the people who want to cling on to the past. For me I like Futuristic Casual Samurai-ish streetwear look. I hope NGS add this kind of fashion !

What I really complain here is that the base wear are fixed.. I hope they isolate the shoes so you know we can really customize the look we want !