[Notice] The engine is what was upgraded in Japan. We have yet to see a date for the final graphics overhaul.

Players will definitely want to spend money on NGS as the outfit content releases.

Meme and Chill before you dive too deep: 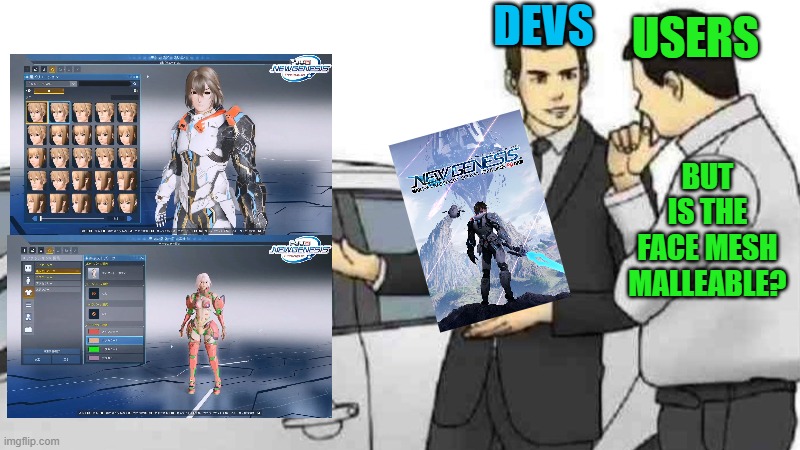 Now for the Screenshot showcase as they come along! 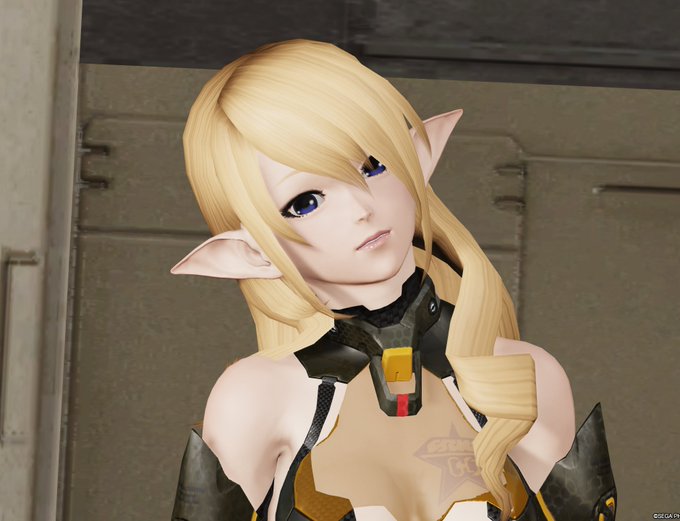 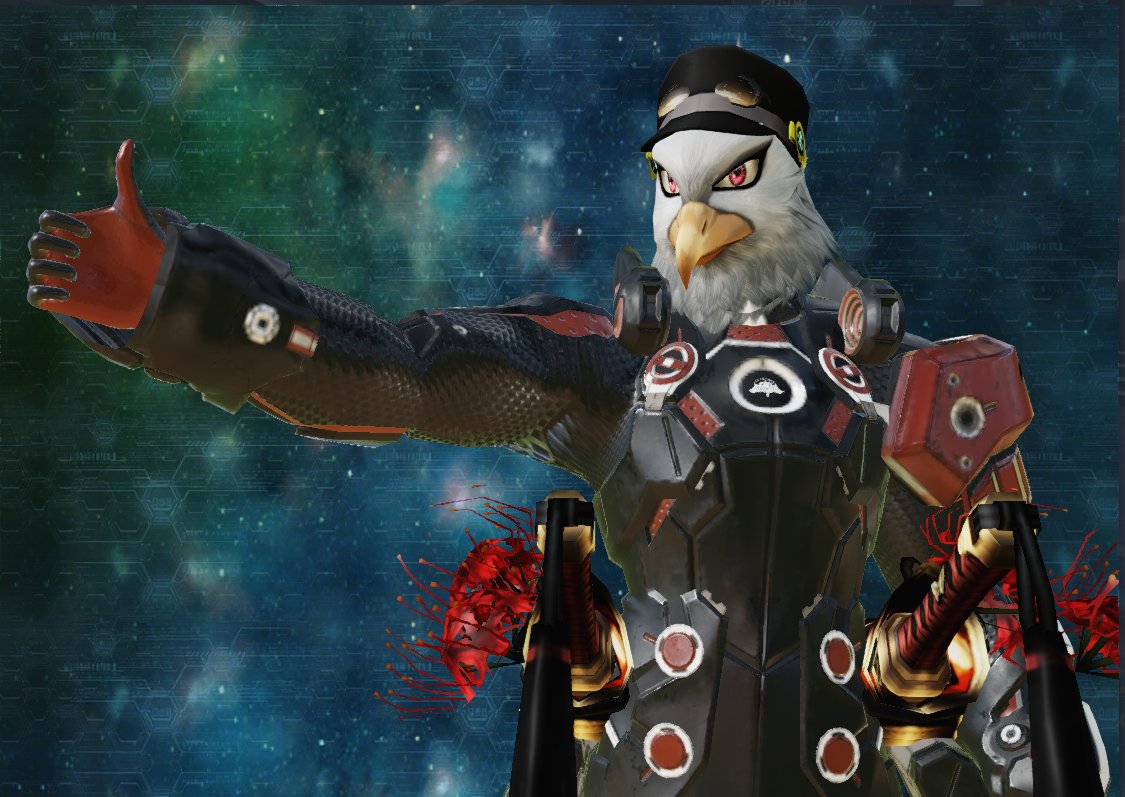 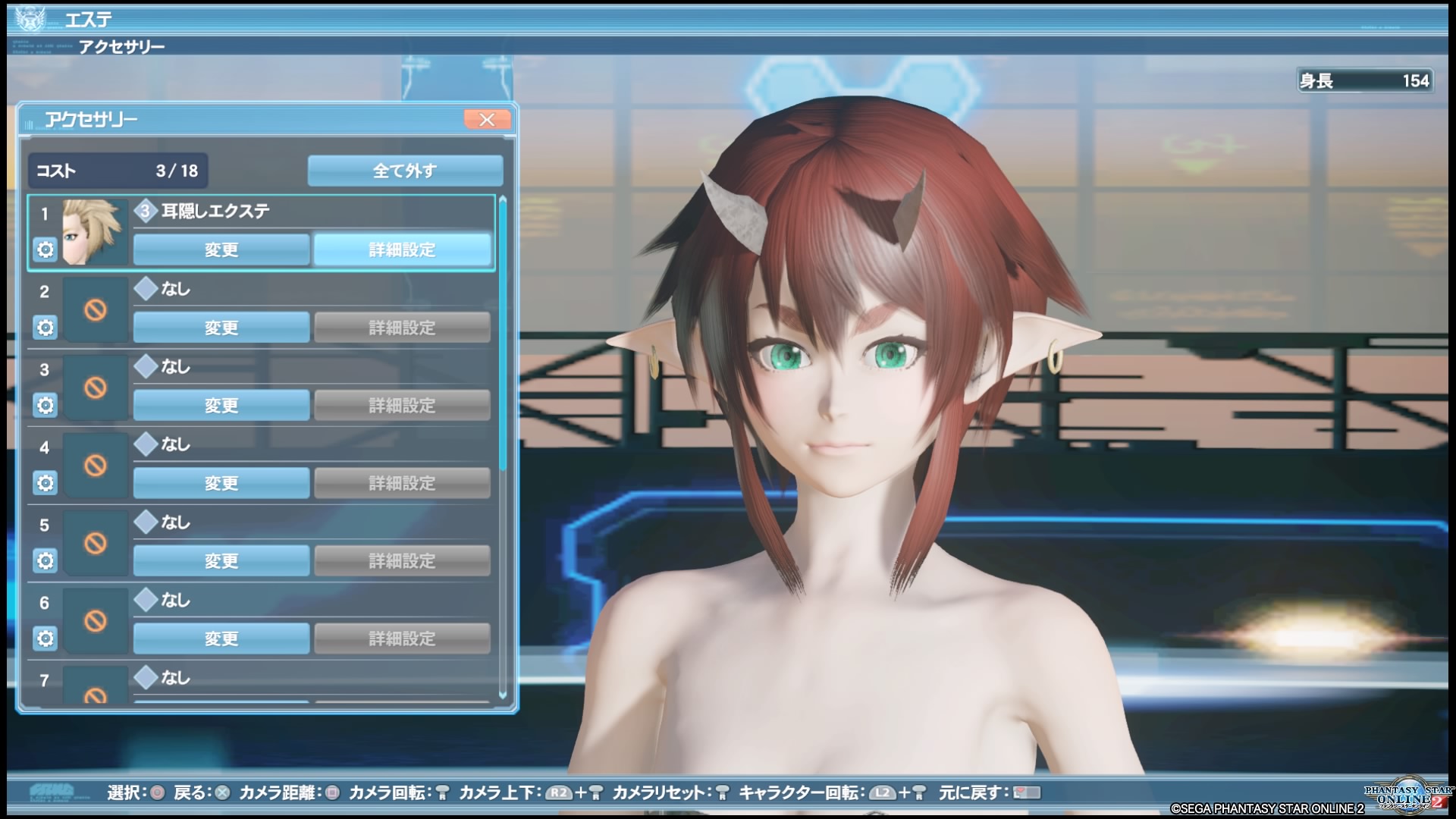 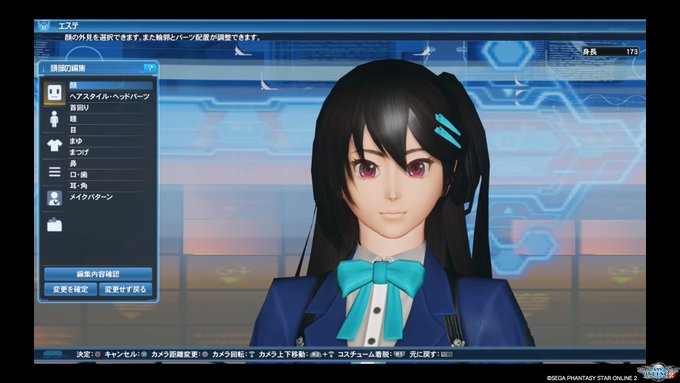 I have noticed the lack of malleability in the new "NGS Type" female head, it's very very tricky to get the chin area to be in any way similar to what it was before since there's certain "directions" of the proportions that refuse to cooperate or even scale at all with the sliders. The same happens with the eyes to some extent, but less about the shape and more about their "depth", since in some angles it just seems like they're bugging out in an awkward way no matter how hard you try to fix that.

Apart from that, the 3D mesh itself is good and when seen directly from the front or only slightly from an angle it looks fantastic... it's when you start moving the camera towards seeing it from the profile side where the issues start being more and more apparent.

Oof, they were already set to sell more of the new eyes too. That weak malleability looked so painful.

I despise the deep shades of the eyes, it looks harder to make lighter tones.

Was really hoping that the CBT footage wouldn't be live tested on JP server.

The devs already said they weren't gong to fix the changes to every user's skin color and body shape, so I'm hoping the default faces will soon be joined by future faces that look much better from different perspectives.

Here's pics of my character, from the front to hide the "bugged out eyes" thing, before (taken in Global) and after (taken in JP), for the curious (the chin thing I mention is visible): 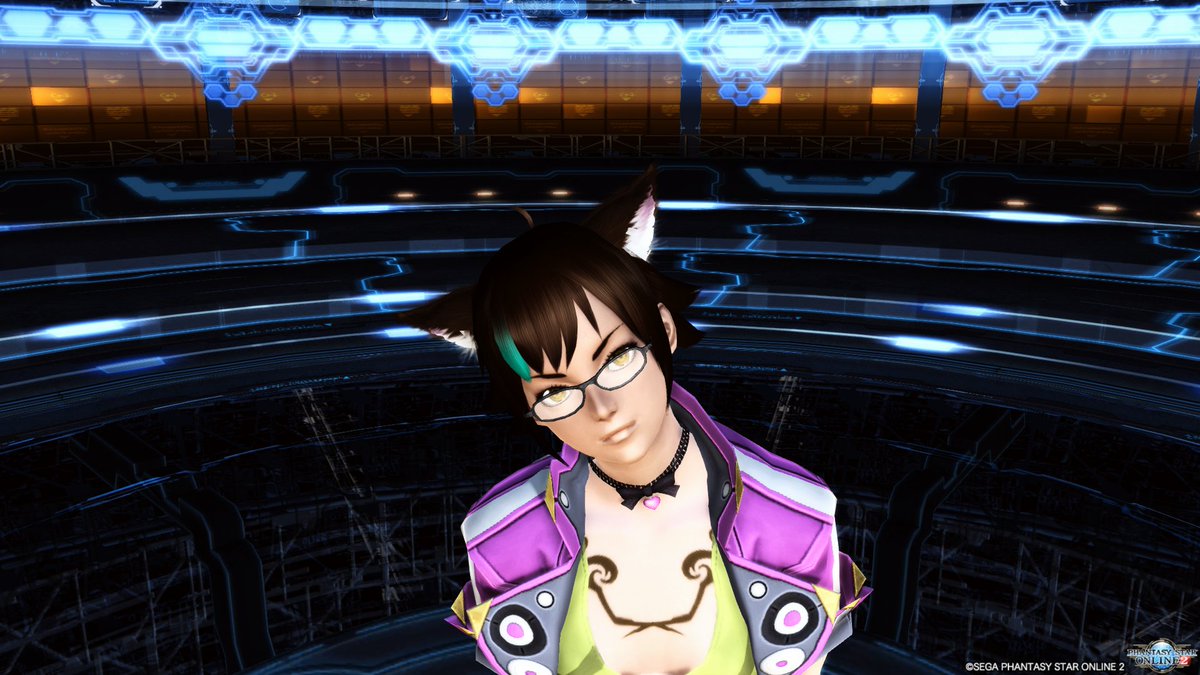 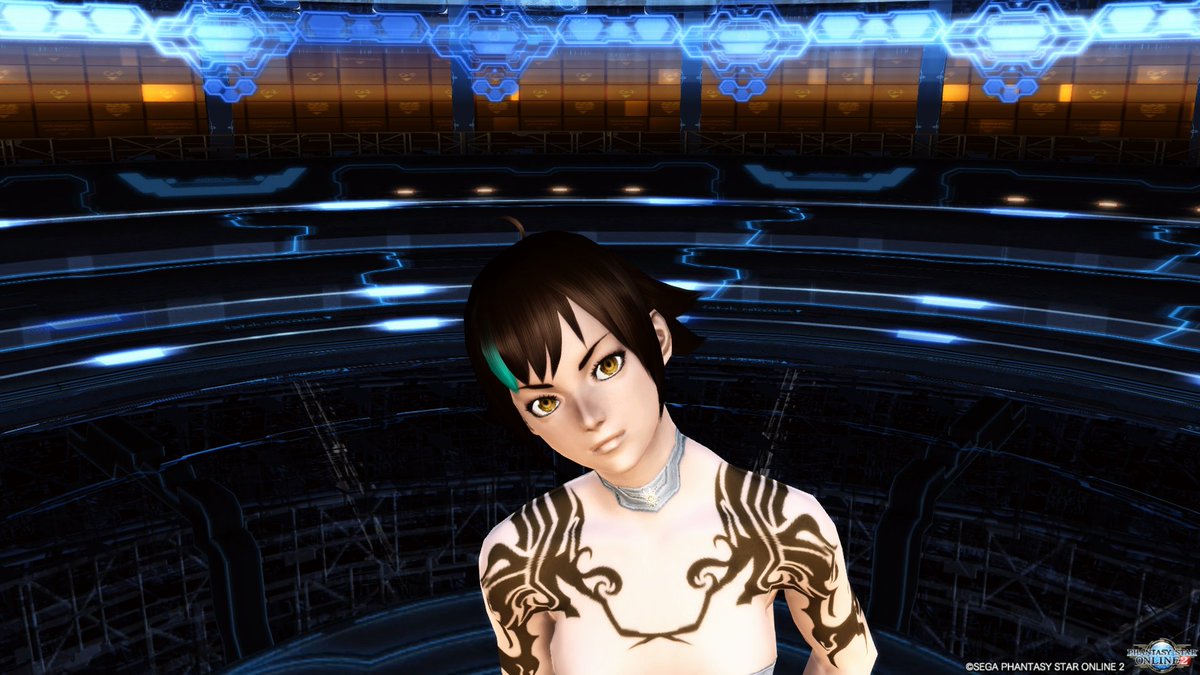 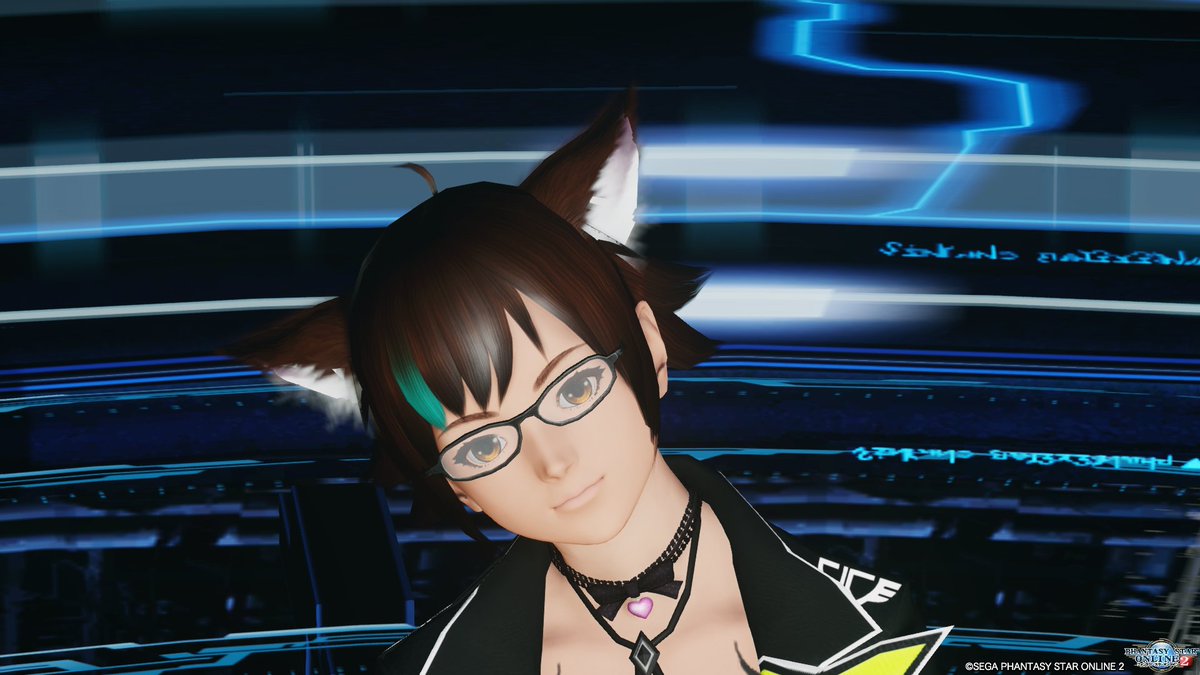 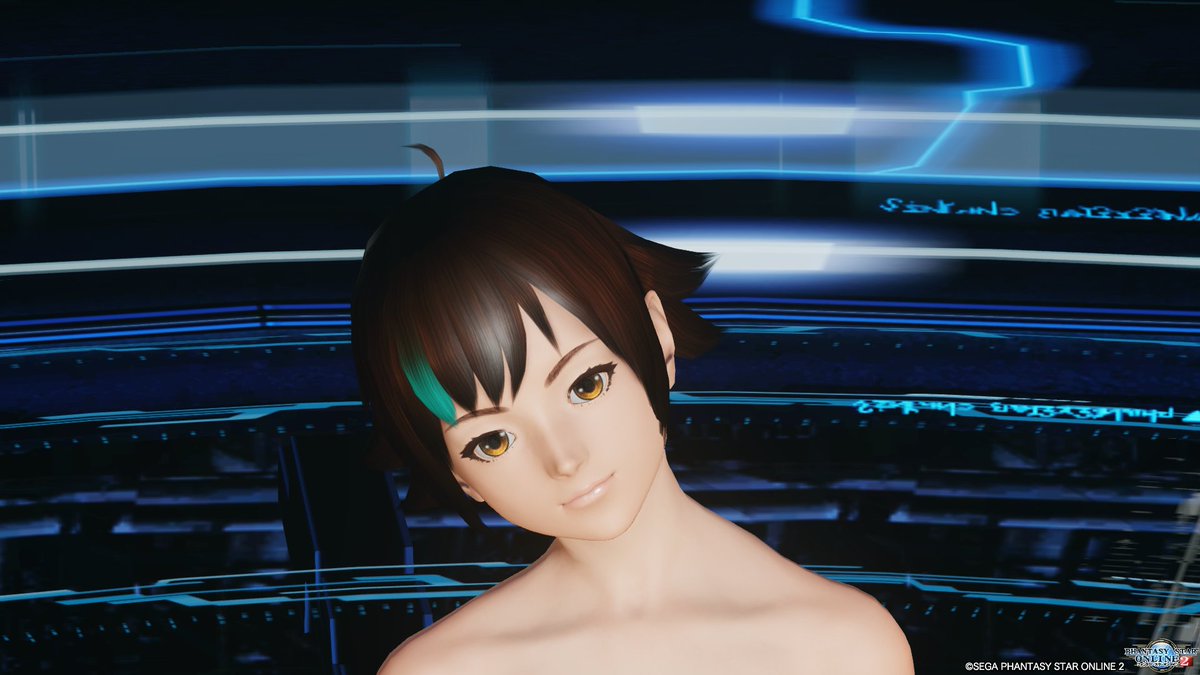 Missing tattoo and freckles due to not having them for the new type body yet. The tattoos... is an odd omission, but I can almost get it... but the lack of freckles option is a bit silly and I hope it gets added as a normal thing and not an AC/SG option... or I'll have to get it regardless... 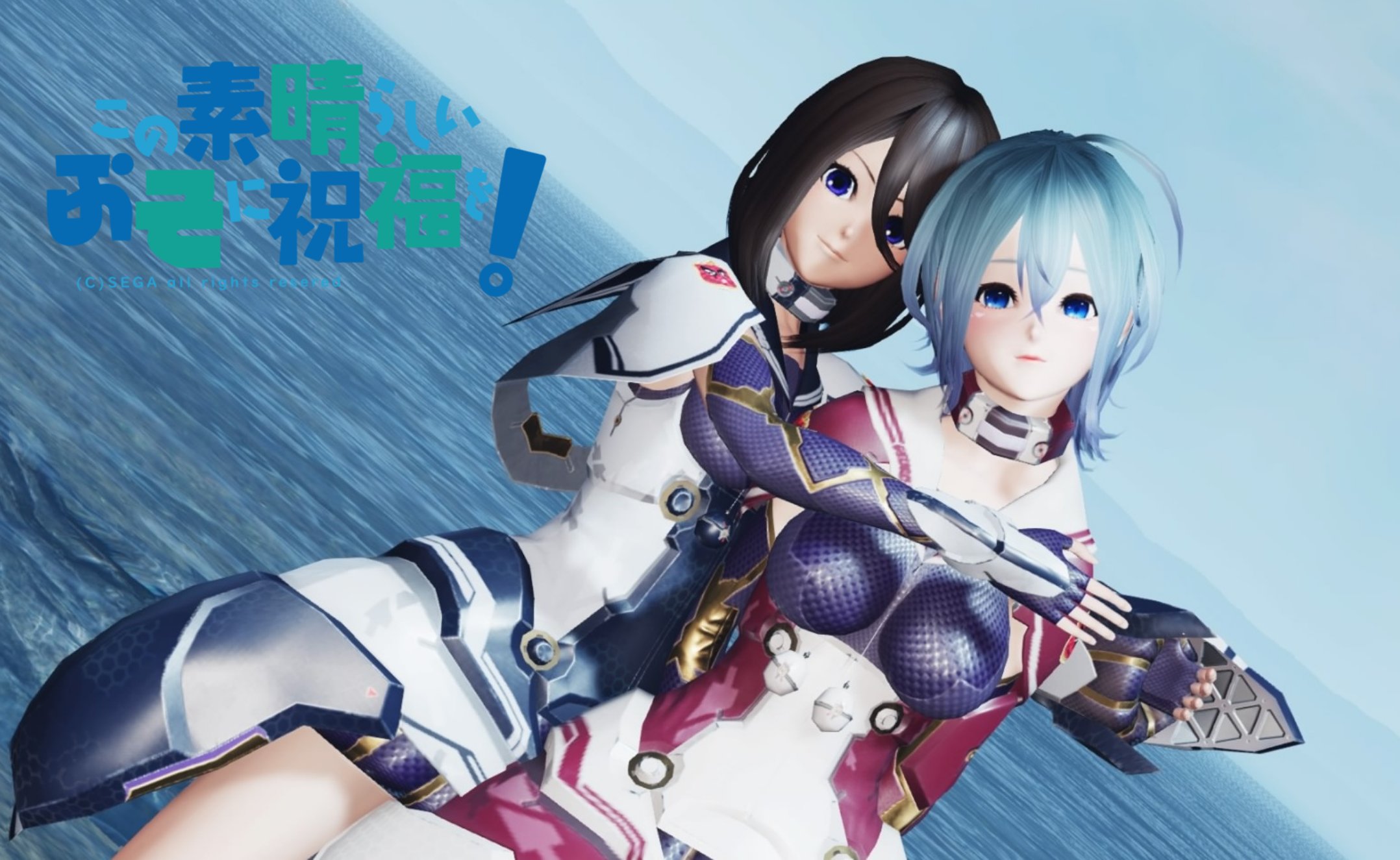 ... but the lack of freckles option is a bit silly and I hope it gets added as a normal thing and not an AC/SG option... or I'll have to get it regardless...

Yeah, right now the lack of available makeup is really what is preventing me from converting more of my characters over to the NGS faces, particularly the lack of lipstick colors and freckles. I really wished they would have left them in as defaults, but it is probably too tempting for them to put them into a paid scratch.

Also, my biggest over-all gripe is that there is no de-synced customization between PSO2 and NGS faces, or between male and female faces; if there was, I would have gone in and done all of my customization of the new face types without being wary because the character data saving/loading isn't currently available.

There's a user on Twitter warning about how the Body Sync is on by default while customizing.

I don't know if Global can change that default to off, so it's worth giving a heads up. 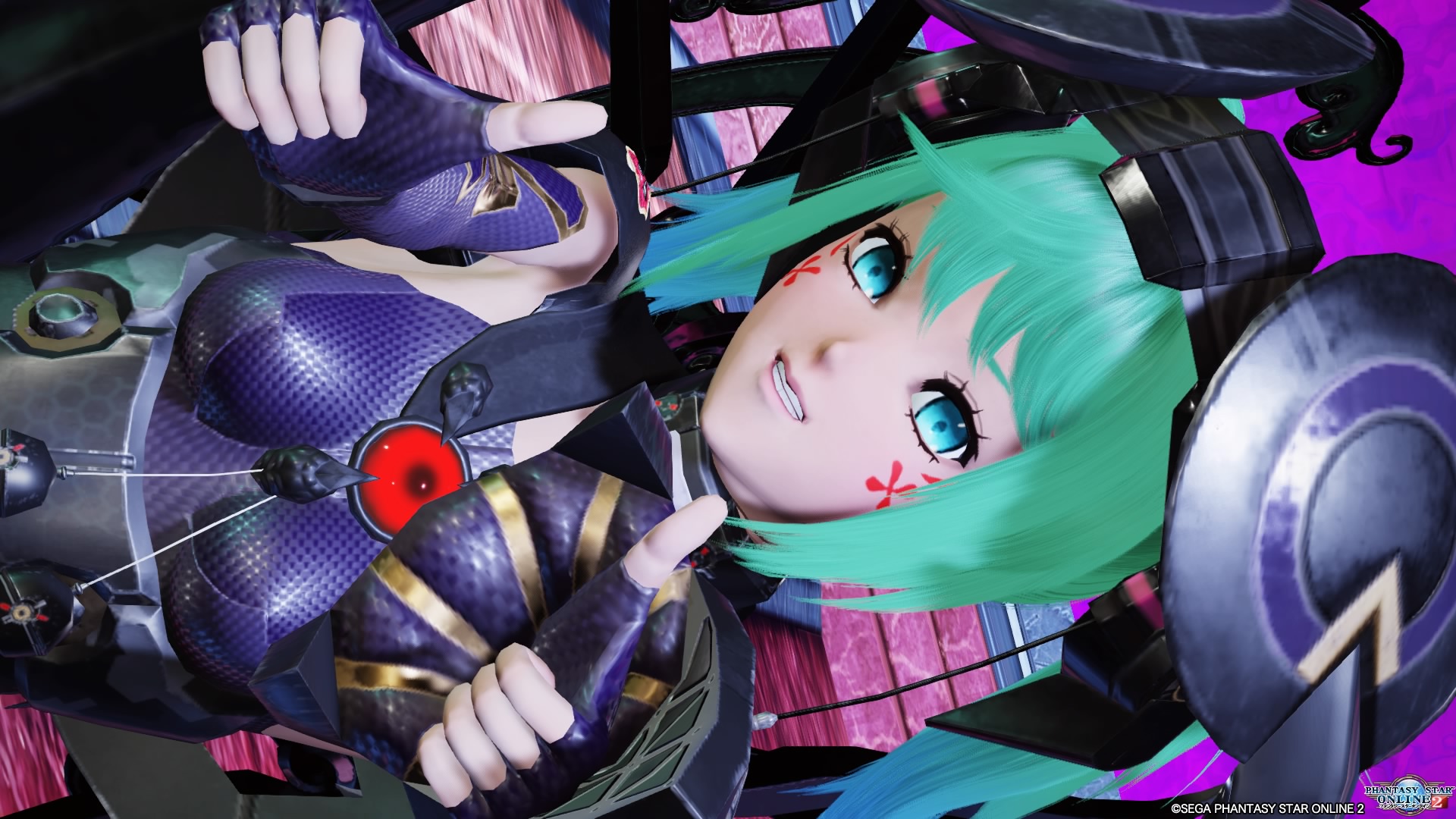